Survivor Season 35 Premiere: The Pants Are Already Coming Off 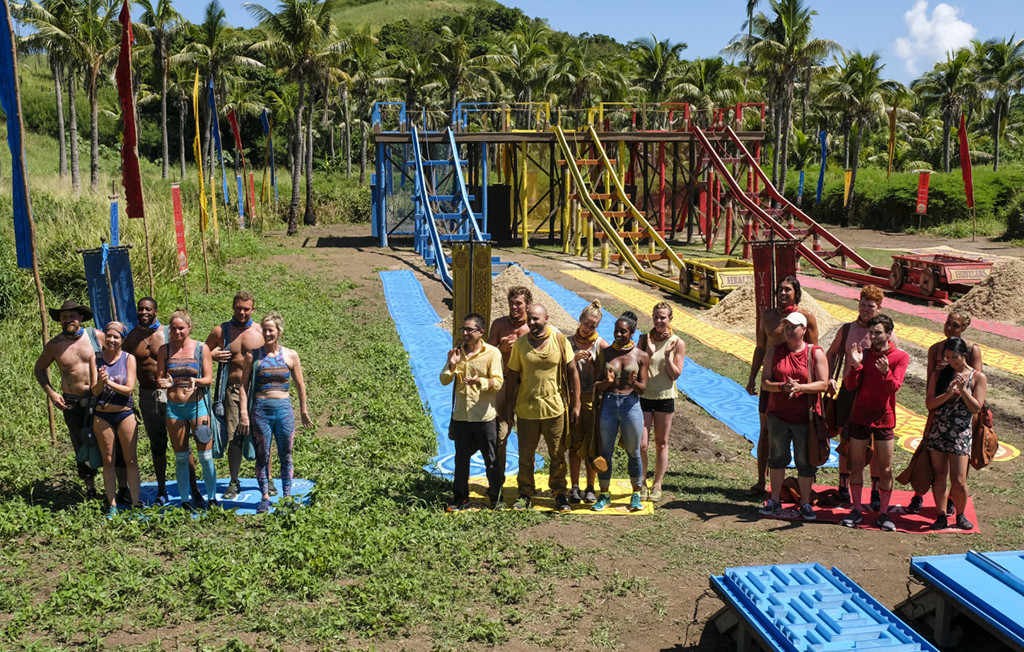 Survivor‘s back, baby, and as good as last season was, it feels good to be back in a season where we know nothing about anybody or anybody’s game. However, we’ve got a bit of a gripe to discuss, and it’s nothing new.

The idols have taken over this show. It’s like the only strategy anymore is to find an idol, or to worry about whether or not people have found idols. Last season’s finale showed what fun the idols can be, but for the most part they just dominate the entire game to the point where it’s no longer fun.

Urologist and healer tribe member Mike took the advice of his 10 year-old son to do everything he could to find an idol, which already made him suspicious to fellow healer and all around paranoid person Joe, and hustler Ryan was psyched that he managed to find an advantage right there on the boat before they even hit land (which we’ll discuss in a minute).

And then there’s hero Alan, who purposely(?) acted like an absolute nut as he confronted fellow heroes JP and Ashley (that’s not going to be confusing for Bachelor fans at all) about having an idol, which they did not have. He fully admitted to the camera that he knew he looked insane, but he was determined to destroy them. JP even pulled down his pants to show that he wasn’t hiding an idol anywhere.

In truth though, the only idol the heroes had was a secret one sent to them after they lost immunity, thanks to Ryan. He had, in fact, been keeping his advantage in his pants, and it allowed him to save someone after the votes had been read, but only at the first tribal council. 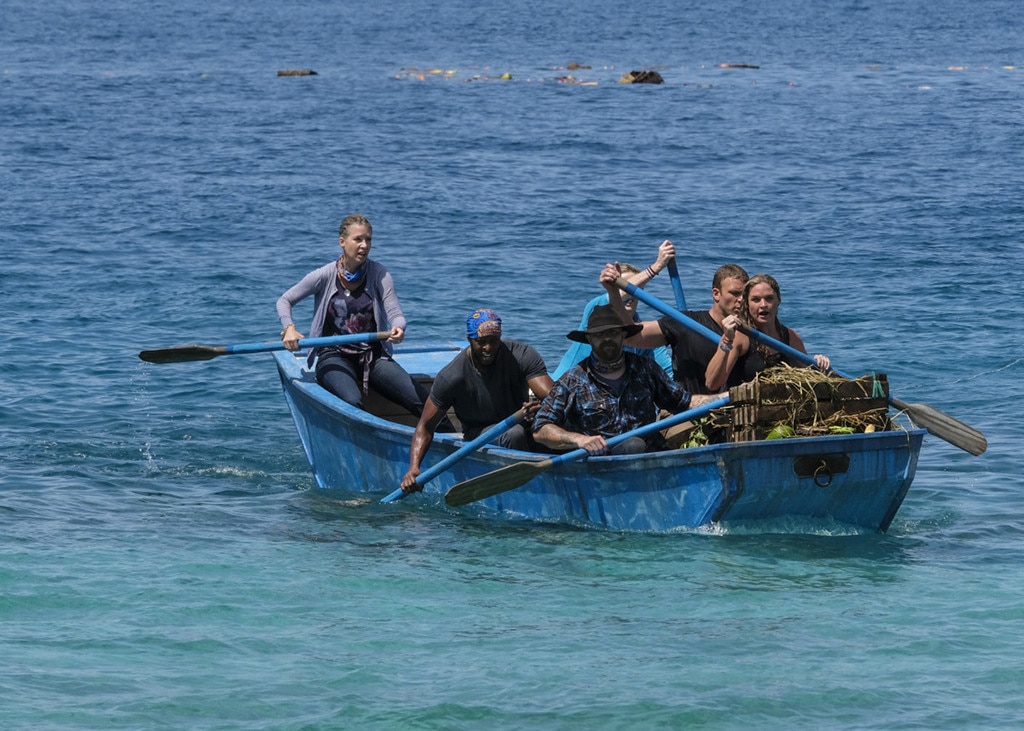 Since his team didn’t lose, he had to secretly send it to someone on the losing tribe. He chose Chrissy, the mom who threw up after the immunity challenge…and she didn’t even use it. She let fellow mom Katrina get her torch snuffed out without saying a word, leaving her to fend for herself among the crazies. So the one idol/advantage found in this episode didn’t even get used!

It’s fun to watch the idols get used at tribal, but just not very much fun to watch everyone obsess over finding them, so hopefully that dies down a bit as the season goes on. Or even better, maybe there’s a twist to the idols this season…like no idols at all?

We’ll just have to see what happens!