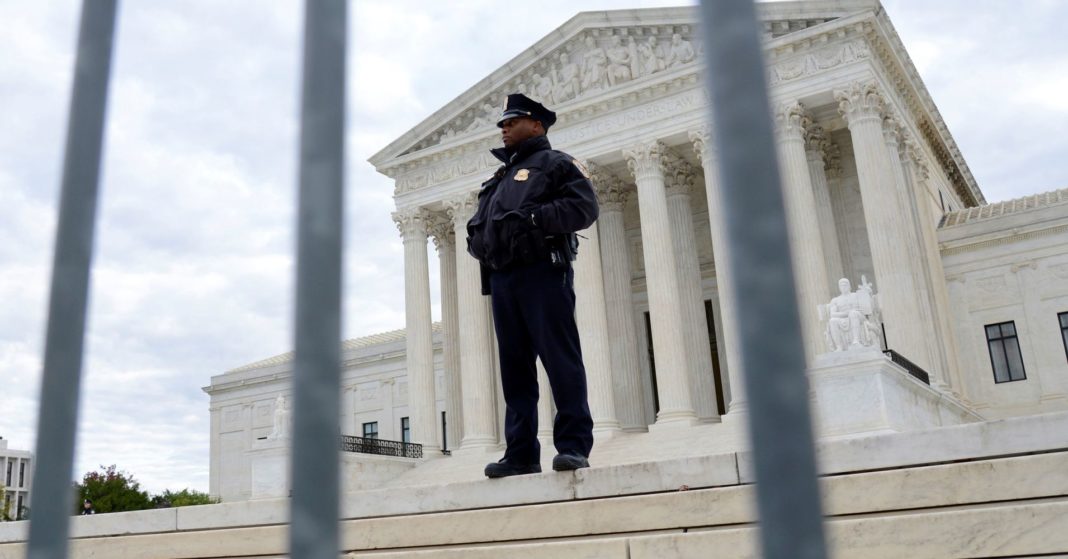 The U.S. Supreme Court on Friday announced that it will hear two partisan gerrymandering cases that could shape the way that congressional districts are drawn.

The court has never established a boundary for how far state legislatures may go to draw districts that benefit one party over another.

The justices could use these two cases to set such a boundary, or they could determine that the court cannot closely regulate congressional maps. The latter outcome would likely increase partisanship in the drawing of House districts.

Experts have said that the addition of Justice Brett Kavanaugh to the bench could make it more likely that the court largely allows partisan gerrymandering to continue.

“We don’t know what Justice Kavanaugh thinks specifically about partisan gerrymandering, but his general ideological orientation makes me very skeptical he’d vote to have courts enter this ‘political thicket,'” wrote Rick Hasen, an election law expert and professor at the University of California, Irvine, in a tweet on Thursday.

Last term, the court had an opportunity to set a rule on partisanship in districting in Gill v. Whitford, a case brought by Democratic voters in Wisconsin. Ultimately, the justices punted on the central issues in the case. In an opinion written by Chief Justice John Roberts, the court reasoned that the plaintiffs failed to prove that they were personally harmed by the redistricting.

Both Democrats and Republicans have historically sought to draw districts that maximize their electoral chances. In most states, districts are drawn by state legislatures. The process happens once every ten years following the census, and will take place again in 2020.

“Whether it is Democrats or Republicans manipulating the election maps, gerrymanders cheat voters out of true representation,” said Karen Flynn, the president of Common Cause, the plaintiffs in the North Carolina case. “The Supreme Court has the opportunity to set a clear standard that will restore a meaningful vote to millions of Americans disenfranchised by gerrymanders in Maryland, North Carolina and across the country.”

One of the cases the justices agreed to take up was brought by Democratic voters in North Carolina who claim that the state’s 2016 congressional map runs afoul of the Constitution’s First Amendment and Equal Protection Clause.

The voters successfully got a North Carolina U.S. District Court to rule last year that the North Carolina congressional map was unconstitutional. No new map was drawn in time for the November midterm elections, however. In June the Supreme Court ordered the case to be re-heard in light of the decision in Gill v. Whitford.

The other case was brought by Republican voters in Maryland who allege that their congressional district was gerrymandered to favor Democrats.

This case has also already been heard by the justices. In June, the court issued an opinion that allowed the state to move forward with the district in the November midterm races without addressing the underlying legal issues.

Following the court’s ruling, a lower court ordered the state to draw a new map for the 2020 races. That decision was appealed to the Supreme Court.

The cases will both be argued in March and a decision is expected by late June.