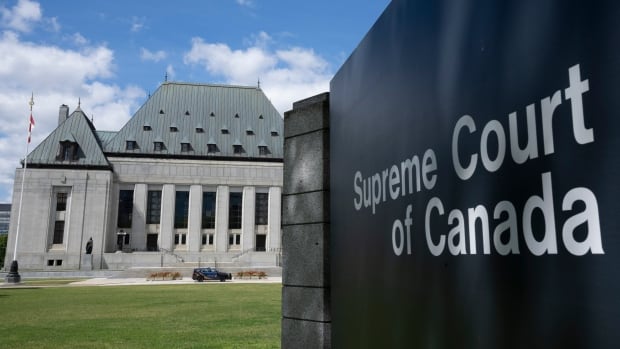 The Supreme Court of Canada has restored a Calgary man’s first-degree murder conviction, ruling his statements to police were admissible as evidence against him at trial.

Russell Tessier was originally found guilty by a jury in 2018, 11 years after the body of his friend Allan Gerald Berdahl, 36, was discovered in a ditch north of Calgary, on March 16, 2007.

The conviction came after the trial judge allowed the panel to hear evidence of what Tessier disclosed to police before investigators told him of his right to a lawyer and cautioned him that anything he said could be used against him as evidence. The Crown argued Tessier was not considered a suspect during the questioning, which is why a caution had not been issued.

In 2020, the Alberta Court of Appeal overturned the conviction and ordered a new trial but prosecutors took the case to the Supreme Court which agreed to provide clarity on the legal issue of when statements to police are considered voluntary.

‘A free or meaningful choice’

A full panel of nine judges heard Tessier’s appeal and on Friday morning issued a seven-to-two ruling that the statements Tessier made to police were voluntary and therefore admissible.

“The accused exercised a free or meaningful choice to speak to the police and was not unfairly denied his right to silence,” reads part of the 134-page decision.

The SCC majority did find Tessier was considered a suspect at the time of the questioning, meaning the burden was on the Crown to prove the accused’s statements were voluntary.

Ultimately, the Supreme Court ruled the Crown proved “the absence of a caution was without consequence and that the statements were, beyond a reasonable doubt and in view of the context as a whole, voluntary.”

Tessier was “well aware of the consequences” of speaking with police and knew anything he said “could be used as evidence,” wrote the majority, concluding Tessier “had an operating mind and was not otherwise tricked in the circumstances.”

One day earlier, Berdahl was shot dead in the early morning hours, his body abandoned in a ditch on a remote gravel road northeast of Calgary and discovered by an oilfield worker hours later.

Tessier and Berdhal were friends and business partners who sold used clothing by the pound collected from unclaimed baggage from Greyhound busses. They also shared ownership of a vintage car.

The day after Berdhal’s body was discovered, Tessier was interviewed by police. Investigators hoped to learn more about the victim and piece together his final hours.

In fact, Tessier was interviewed twice that day without police placing him under arrest.

The first-degree murder charge wasn’t laid until 2015 when DNA from one of the cigarette butts found near the victim’s body came back matching Tessier.

At trial, Tessier’s lawyer Pawel Milczarek argued his client’s statements to investigators were involuntarily and that he’d been psychologically detained by police.

When Tessier arrived at the RCMP detachment on March 17, 2007, he was not considered a suspect.

After asking some initial questions about the victim, the investigator’s questions became more pointed. At one point the officer asked Tessier if he had killed Berdhal.

The investigating officer also asked if he could take photos of Tessier’s shoes, as prints had been left near the body.

Tessier was not advised of his right to a lawyer, to stay silent or told that his comments to police could be used against him.

Tessier told the same officer Berdahl had been staying with him and that he’d stored a gun in the bedroom used by his friend.

Police escorted Tessier home, where they discovered the weapon was missing. That’s when RCMP say Tessier became a suspect and officers issued a caution and advised him of his right to a lawyer.

In Tessier’s police interview, he told the officer he’d last seen his friend around 8 p.m. the night before the body was discovered.

But surveillance video presented as evidence in the trial showed the pair inside a convenience store, at 12:32 a.m. — just eight hours before Berdahl’s body was discovered with five gunshot wounds in the head.

The Crown suggested the motive for Berdahl’s killing was an argument over the vehicle they shared in the weeks before Berdhal’s death.