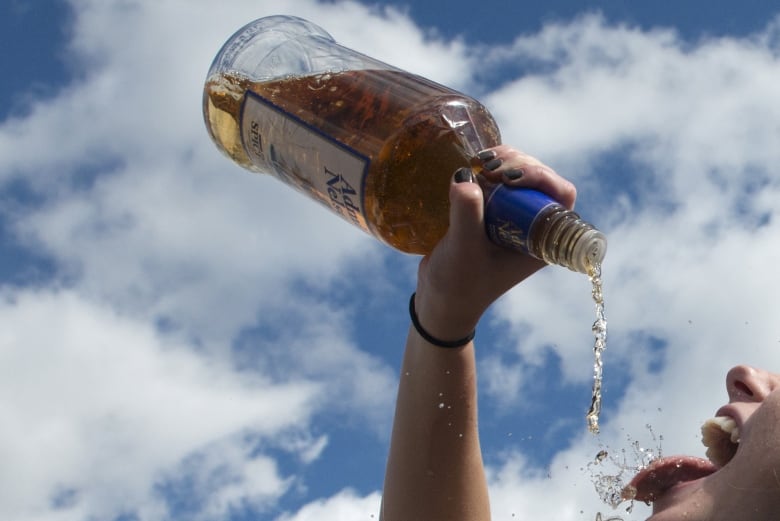 By American standards, Canadian inflation looks pretty tame. But the picture painted by U.S. Federal Reserve chair  Jerome Powell suggests we should expect price rises to continue for a while yet.

Hours after Statistics Canada reported inflation had declined to 3.1 per cent here — below the previous month’s 3.6 per cent, but still above the Bank of Canada’s target range — Powell expressed fears that future consumer prices could be “higher and more persistent.”

The U.S. economy is heating up faster than Canada’s, as floods of pandemic savings rush into the economy.

But having slowed to a near-stop during the deep COVID-19 collapse in demand, global industry is having trouble getting back into gear.

The supply of crucial parts from overseas has stalled car production, for example, leading rental companies to bid up those that are on offer. And people who need a car to get back to work have been bidding up the prices for used vehicles. Many common small appliances just aren’t available, tempting retailers to raise prices for those that are.

Economists call it the bottleneck effect. If you are pouring whisky, bottlenecks are good because they keep the fluid from going down your throat all at once.

But like a crowd trying to get out of a burning theatre through a small door or cars on a highway suddenly reduced to a single lane, getting through that narrowing point can have a damaging and distorting effect.

“As the economy continues to reopen and spending rebounds, we are seeing upward pressure on prices, particularly because supply bottlenecks in some sectors have limited how quickly production can respond in the near term,” Powell said Wednesday, after the Fed released a monetary policy statement.

Even though professions like hairstyling aren’t affected by a shortage of microchips, the bottleneck effect still applies. After a year without a haircut, if everyone wants a trim or a tint all at once, even if every stylist is working full tilt, a bottleneck can form. And in many service sectors employers are having trouble finding workers.

“These bottleneck effects have been larger than anticipated, but as these transitory supply effects abate, inflation is expected to drop back to our longer run goal,” said Powell.

Getting past the bottleneck

The Fed chair used the example of lumber, which shot to record highs as everyone wanted to build a deck at once, but tumbled back toward pre-pandemic prices after demand slowed.

Powell said that all prices don’t have to follow the path of lumber — but he hopes that many do.

That’s because if bottleneck pricing persists, there are increasing fears that once people have become accustomed to rising prices, they will grow to expect them.

“We have to take seriously the risk case, which is that inflation will be more persistent and it will actually move inflation expectations up,” Powell told reporters at Wednesday’s virtual news conference.

As the Bank of Canada and many others have suggested, inflationary expectations have a strong effect on inflation. In other words, if we all think prices will rise, they do.

After years of inflation expectations being too low, central bankers both here and in the U.S. are not unhappy to see that change. In fact, as Powell made very clear Wednesday, the Fed plans to keep interest rates at today’s rock-bottom level until the lowest wage workers get jobs and inflation has remained above target for a prolonged period.

When reporters asked him how prolonged and how much above target, Powell confessed inflation at current levels — above five per cent — was more than the bank had been expecting, catching it by surprise.

This is a different thing

“As you know, we were targeting a moderate overshoot of two-per-cent inflation for some time,” said Powell. “That would be a healthy thing. This is a different thing. This is not that.”

Powell was expecting the kind of inflation you would see from an economic boom and a strong labour market. A strong and persistent bottleneck effect was unanticipated.

WATCH | How the pandemic is raising some prices:

The pandemic has led to skyrocketing costs for raw materials, particularly lumber. And that translates to higher prices on everything from mattresses to diapers. 1:44

“This is really driven by the supply side, which is not able to handle this big spike in demand we’re seeing,” he said. “Just all over the world, you’re seeing the same thing.”

So far, Powell said he remains confident that the inflation bottleneck effect will moderate before it becomes deeply ingrained in our price expectations. But if that doesn’t happen, he said he will use all the central bank’s tools, including cutting bond-buying and raising interest rates, to get it back under control.