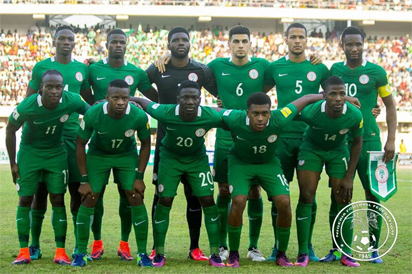 Ibitoye said this in Lagos that the team would be aiming at defeating the Chipolopolo of Zambia in the crucial encounter in Uyo, Akwa Ibom.

Nigeria is on the brink qualifying for the 2018 Mundial in Russia with an emphatic win over the African champions 4-0 and the reverse fixture in Yaoundé which ended1-1.

Nigeria will play Zambia on Saturday at Godswill Akpabio International Stadium in Uyo.

Nigeria got the first goal in Yaoundé after 30 minutes play through Moses Simon while Cameroun got their equaliser 15 minutes to go through a Vincent Aboubakar penalty.

The super eagles had started the campaign in what many soccer pundits predicted to be the group of death in a blistering form with a defeat 2-1of Zambia in Ndola to pick their first ever away win.

Goals from the premier league hotshots, Alex Iwobi and Kelechi Iheanacho in the 33rd and 43rd minutes, ensured the much needed bright start, while Zambia’s Mbesuma scored in the 70th minute.

Nigeria maintained the record when they defeated the highest ranked team in Africa, the Desert Warriors of Algeria in Uyo 3-1, courtesy of a brace from Victor Moses and a goal from Mikel Obi.

However, the Gernot Rohr’s men can take a watertight lead on the summit of the Group B if they defeat Zambia on Sunday.

A win means they will be on 13 points as against Zambia who will be rooted with seven points.

On the importance of the match against the Wedson Nyirenda-tutored team from the Southern part of Africa, Ibitoye said the team’s management was leaving no stone unturned.

He said that the Super Eagles Camp at the Le Meriden Hotel, was complete save the absence of Victor Moses who is been expected on Wednesday morning.

“The camp is bubbling with the influx of the players, they all arrived early enough and they are training well. We are expecting the last person, Moses, who will arrive this ( Wednesday ) morning.

“It is not true that we are contented with a draw according to some stories circulating around and which was attributed to the coach. All we want is an outright win.

“At present, there is no injury concern in the team, Iwobi trained with others and he is 100 per cent fit as well as other players. The fitness level is perfect.

“What we are saying is that the match against Zambia may not necessarily be a whitewash as we did against Cameroun.’’

“The scoreline may or may not be the same but the points are what we need. Three full points will make us qualify in style,’’ he said.