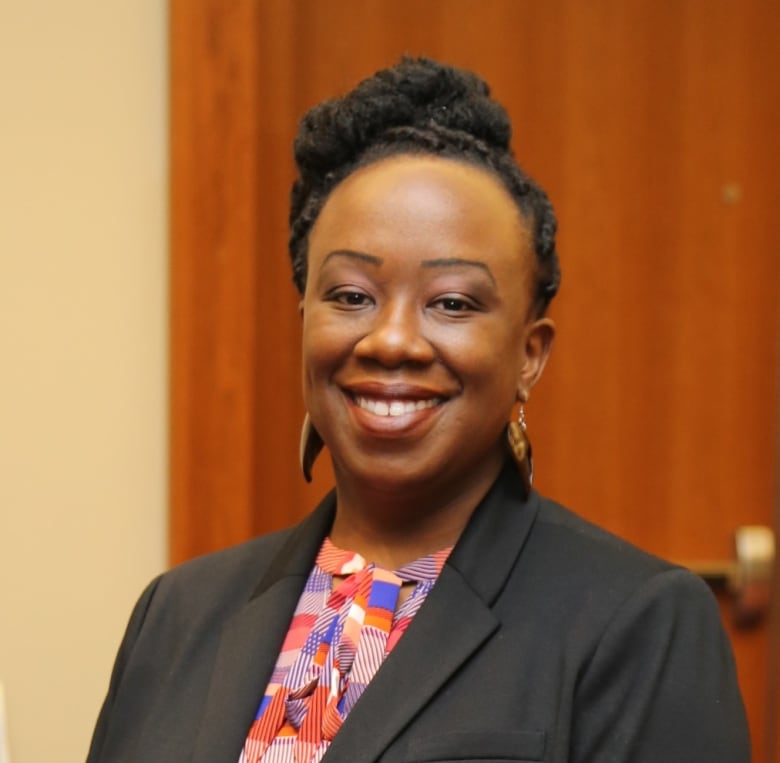 The extraordinary story of a Black man who escaped slavery in Kentucky by stealing his “owner’s” horse, and the Niagara woman who fought to keep him free when he made it to Canada, is among over 100 “forgotten” stories in a new book from the Niagara Historical Society.

Making Her Mark: The Women of Niagara-on-the-Lake features Sally Carter, who was a leading figure in a three-week vigil outside the Niagara Courthouse and Jail in 1837 to prevent the extradition of freedom seeker Solomon Moseby — a fugitive slave who reached freedom in Canada that same year.

Natasha Henry, president of the Ontario Black History Society and author of the chapter on Carter, said it’s important that experiences of Black women in the Niagara area be included.

“Oftentimes, the voices, the experiences of Black women, particularly during colonial times, these kinds of projects are not often captured, so I wanted to make sure that their experiences were captured in this text,” Henry told CBC News.

Henry also wrote a chapter on Chloe Cooley — an enslaved woman in Upper Canada whose struggles against her “owner,” Sgt. Adam Vrooman, precipitated the Act to Limit Slavery in Upper Canada, 1793 — the first legislation in the British colonies to restrict the slave trade.

“For me, I also see it as a way of paying homage to them,” Henry said.

Moseby was ordered back to the United States, but escaped with help from hundreds of supporters, including Carter.

“It’s such a fascinating perspective of the Solomon Moseby affair,” Henry said of the story about Carter.

“We know that stories of agency, of action during colonial times, often focused on white men. But here we have Sally Carter and these other Black women with her who were leading the charge in ensuring that Solomon Moseby would be able to maintain his very tenuous freedom.”

For me, writing this piece contributes to ensuring that the story would always be remembered.– Natasha Henry, president, Ontario Black History Society

Henry said she got to “actually hear from” Carter in documents that recorded her memories of what happened in 1837.

A significant event in Canadian history

According to Henry, the chapter on Carter — “Standing Firm for Freedom: Black Women in the Moseby Affair” — will help people understand what happened during the vigil outside the Niagara Courthouse and Jail from the perspective of Black women, and to gain an appreciation of their contribution.

“It’s a significant event in Ontario history —Canadian history and Black women were right there front and centre, and so that is for me what makes it significant for people to learn more about that.

“For me, writing this piece contributes to ensuring that the story would always be remembered. She talks about her experience, her life there in Niagara and her view of what was taking place.

“As a historian and as a Black woman myself, bringing to that an interpretive lens … to draw out enough where she and these women could stand on their own in this story, I think that it’s an important contribution to the history of Black women in Canada,” Henry said.

The idea for Making Her Mark was first discussed in 2017 by the Niagara Historical Society publications committee.

Shawna Butts, assistant curator and education programmer at Niagara-on-the-Lake Museum, said women had not been a focus of history for some time.

The committee wanted to ensure the women’s stories continue to live on, Butts said.

“With Niagara-on-the-Lake being the first capital of Upper Canada, being a very big focus of the war of 1812, and the Niagara Region seat of government for a very long time, the focus of our history was mainly on men,” Butts told CBC News.

“So we very much lost those women’s voices through the years, due in part to history itself, because historians for a very long time were men and they typically wanted to read about male achievements in war, in government and politics, so women were very much put to the back burner, which is why we decided to proceed [with the book] in 2017.”

Butts said it was a big task to come up with a list of women to be featured in the book, so they decided to turn to community authors.

“I think the various authors do lend a unique perspective because some of them wrote about their own ancestors,” Butts told CBC News.

Butts said each woman did incredible things, but their stories have either been forgotten or their accomplishments were never recognized.

Their lives are chronicled by a total of 27 authors, including Channon Oyeniran, first vice-president of the Ontario Black History Society.

Oyeniran wrote the chapter on Elizabeth and Winnifred Wesley, and it includes the following excerpt:

Butts believes the book can be enjoyed by everyone. It’s available at the Niagara-on-the-Lake Museum and online.