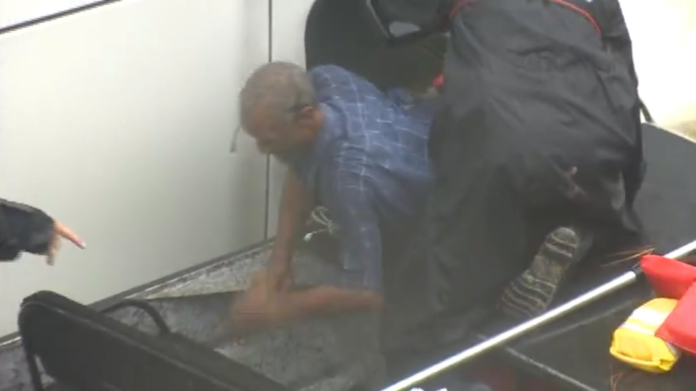 A reporter in Houston helped has initiated the rescue of a lorry driver from flooding, live on local TV.

Brandi Smith, of KHOU 11 News, and cameraman Mario Sandoval spotted the lorry stuck in several metres of water while they were covering Storm Harvey.

Officials say it is the biggest storm in the history of the state of Texas. A record 30in of rain (75cm) has fallen on the city of Houston, turning roads into rivers.