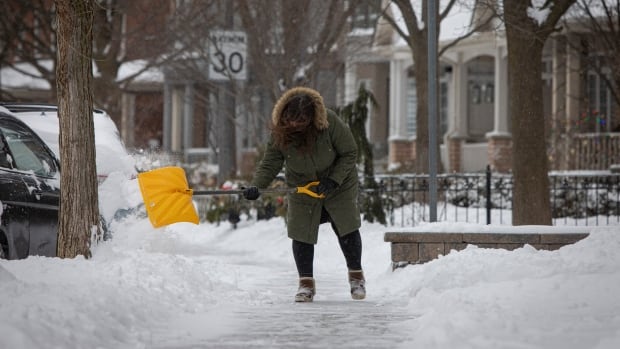 A winter storm is expected to move into southern Ontario on Sunday night, bringing significant amounts of snow and a much more difficult commute on the roads by morning.

Environment Canada says a low pressure system tracking south of the Great Lakes will generate snowfall amounts of 25 to 40 centimetres in some areas by Monday night.

The agency’s winter storm watch says the heaviest amounts are forecast for much of eastern Ontario and the Niagara Peninsula, as well as Simcoe County north of Toronto.

The Greater Toronto Area and Hamilton could see accumulations of 15 to 20 centimetres by Monday night.

“There may be a significant impact on rush-hour traffic in urban areas.”

For Guelph, Kitchener, Waterloo and Cambridge, snowfall amounts of five to 15 centimetres are expected by Monday night. Environment Canada says there is “some uncertainty in exact amounts” for these areas because they lie on the western edge of the storm.