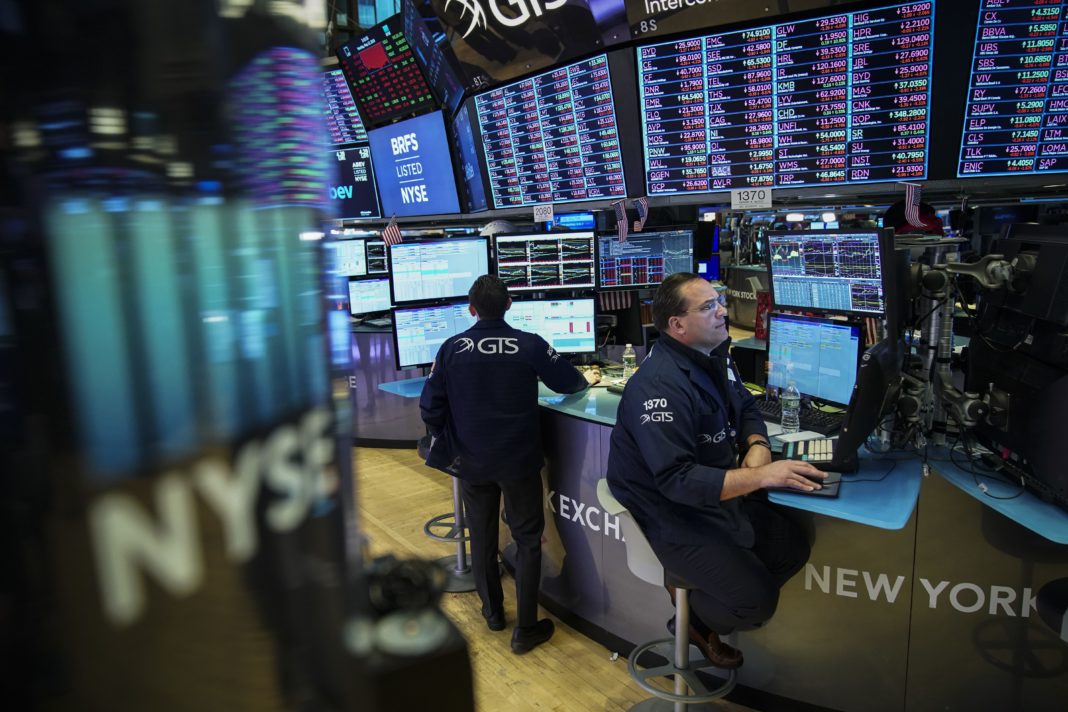 Deere — The heavy equipment maker reported quarterly profit of $3.52 per share, 10 cents a share below estimates. Revenue exceeded analysts’ expectations. Deere cut its full-year forecast, saying “persistent uncertainty” in its agricultural markets is weighing on its outlook, but that its long-term fundamentals and overall economic conditions remain positive.

Applied Materials — Applied Materials reported adjusted quarterly profit of 70 cents per share, beating consensus estimates by 4 cents a share. The semiconductor manufacturing equipment maker also reported better-than-expected revenue, and its guidance for the current quarter is largely above analysts’ forecasts. The results are alleviating some concerns about a slowing semiconductor market.

Luckin Coffee — Luckin priced its initial public offering at $17 per share, at the high end of the projected range. Luckin is the second largest coffee train in China, trailing only Starbucks.

Baidu — Baidu missed estimates on both the top and bottom lines in its latest earnings report. The China-based search engine company also gave a quarterly revenue outlook that falls below analysts’ expectations.

Amazon.com — Amazon has taken a stake in British online food delivery company Deliveroo, a competitor to Uber’s Uber Eats and other delivery services. Deliveroo said Amazon was the lead investor in a new funding round that raised $575 million.

Hewlett Packard Enterprise — HPE announced a deal to buy supercomputer maker Cray for $35 per share or $1.3 billion in cash. It expects the deal to be accretive to profit in the first full year after the deal closes

Tesla — Tesla CEO Elon Musk has told employees he will scrutinize expenses even more closely, as the electric car maker tries to cut costs further. Separately, the automaker’s Autopilot system was engaged during a fatal March 1 crash of a 2018 Model 3 in Delray Beach, Florida, in at least the third fatal U.S. crash reported involving the driver-assistance system, the National Transportation Safety Board said on Thursday.

Iamgold — Iamgold is exploring a possible sale of all or parts of its gold mining business, according to a Bloomberg report.

Boeing — Boeing has completed a software fix for its grounded 737 Max jet fleet, but the company said regulators are asking for additional information about the fix.

Under Armour — Under Armour was upgraded to “overweight” from “neutral” at J.P. Morgan Securities, following meetings with CEO Kevin Plank and other members of the apparel maker’s management team which emphasized a focus on innovation and a “stacked” product pipeline.

Foot Locker — Foot Locker was upgraded to “buy” from “neutral” at B. Riley, which pointed to improving trends in the retailer’s footwear business and a pullback in promotions, among other factors.

—Reuters contributed to this report.