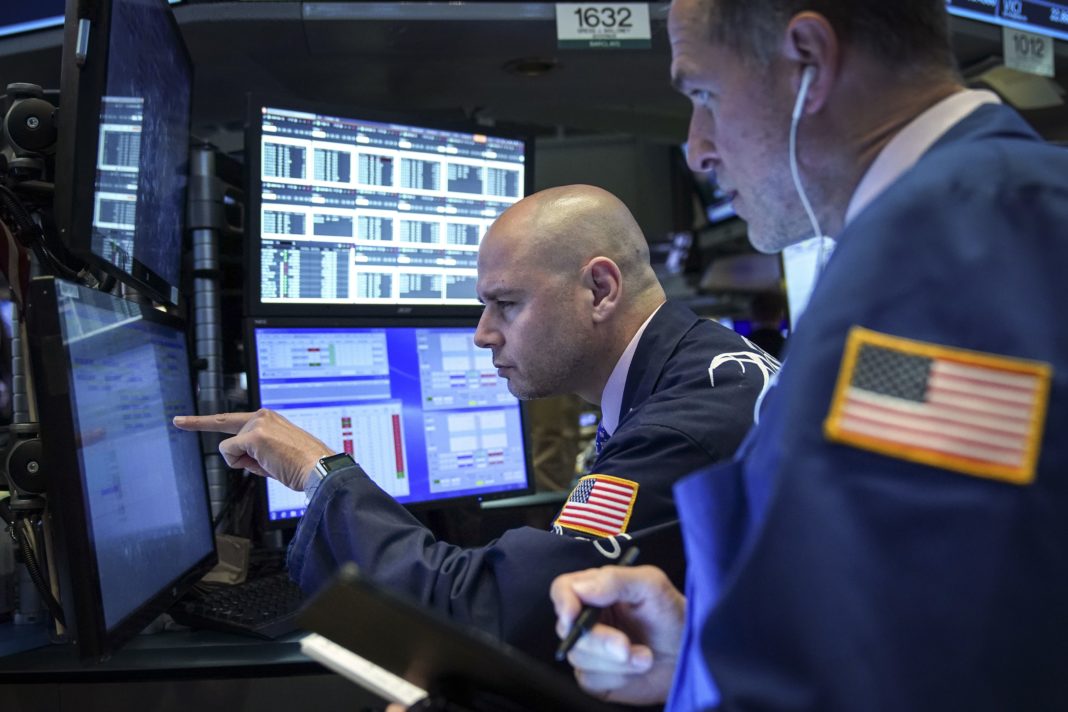 Allergan — Allergan beat estimates by 24 cents a share, with adjusted quarterly profit of $3.79 per share. Revenue also exceeded Wall Street forecasts, helped by sales growth for existing products like Botox and Juviderm. The company also raised its full-year forecast amid what it calls a rapidly progressing product pipeline.

Mallinckrodt — The European drugmaker earned an adjusted $1.94 per share for its first quarter, 24 cents a share above consensus forecasts. Revenue also topped estimates, helped by a return to growth for its specialty generics business. The company also raised its full-year forecast.

Regeneron Pharmaceuticals — Regeneron reported adjusted quarterly profit of $4.45 per share, short of the $5.46 a share consensus estimates. The drugmaker’s revenue also missed forecasts, hurt by a surge in expenses.

Ferrari — Ferrari reported a 22% jump in net profit during the first quarter from a year earlier, helped by sales growth for its Portofino sports car line.

Aramark — The food services company missed estimates by 4 cents a share, with adjusted quarterly profit of 45 cents per share. Revenue was essentially in line with expectations. Its full-year forecast was also slightly short of analysts’ forecasts.

Anadarko Petroleum — Anadarko said Occidental Petroleum’s $38 billion takeover bid is superior to the deal it had in place to be bought by Chevron. Anadarko has notified Chevron that it is determining the deal, with Chevron now having four days to respond with another offer should it decide to do so.

Boeing — Boeing was downgraded to “equal weight” from “overweight” at Barclays, which thinks passengers will try to avoid flying 737 Max jets for longer than anticipated.

Hertz Global — Hertz reported a quarterly loss of 99 cents per share, smaller than the $1.33 per share loss that analysts had been predicting. The car rental company’s revenue was essentially in line with estimates.

AIG — AIG earned an adjusted $1.58 per share for the first quarter, well above the $1.06 a share consensus estimate. The insurance company’s revenue also came in above Street forecasts, and its general insurance operation saw an underwriting profit for the first time in a decade.

PepsiCo — The beverage and snack maker will invest about $4 billion in Mexico over the next year in conjunction with Mexican partner Grupo Gepp, with part of that investment going to a new $109 million plant.

Pioneer Natural — Pioneer reported adjusted quarterly profit of $1.83 per share, beating consensus estimates by 22 cents a share, though revenue was below forecasts. The energy producer also announced it sold various assets to focus solely on its operations in the Permian basin.

Gluu Mobile — Gluu Mobile earned an adjusted 5 cents per share for the first quarter, matching Wall Street forecasts. The mobile game developer’s revenue came in above estimates. It also said three new games — WEE Universe, Diner DASH Adventures, and Disney Sorcerer’s Arena — are set to launch over the next few months. However, Gluu also gave weaker-than-expected guidance for both the second quarter and the full year.

Mosaic — Mosaic beat estimates by a penny a share, with adjusted quarterly profit of 25 cents per share. The fertilizer producer’s revenue also came in above analysts’ forecasts. The better-than-expected results occurred despite poor weather, which boosted Mosaic’s costs.