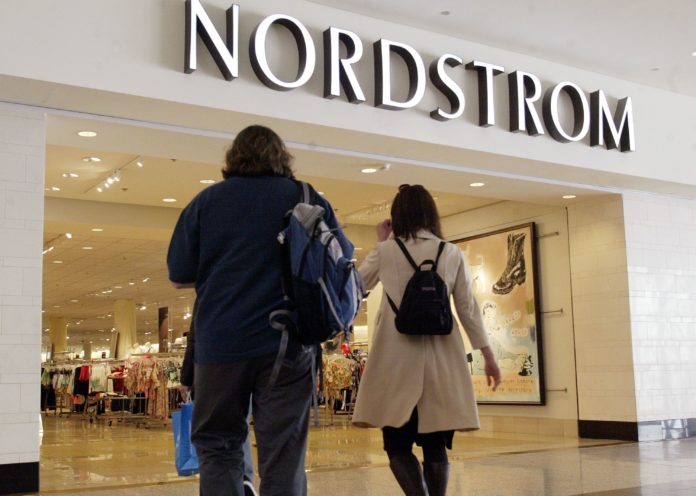 Nordstrom also gave disappointing guidance, lowering its full-year earnings guidance to $3.25 per share from an earlier projection of $3.73 per share. The company now projects that its current fiscal year revenue will fall 2%, compared with a previously stated estimate that revenue would rise 3.3%.

Shares of Lions Gate rose as much as 3% after CNBC reported that the company is still interested in selling Starz to CBS. Lions Gate rejected CBS’s preliminary $5 billion offer to buy the channel, sources told CNBC.

Shares of Urban Outfitters dropped more than 5%, despite first-quarter earnings that beat expectations. The company reported earnings of 31 cents per share, 6 cents higher than expected, and revenue of $864 million, $10 million higher than expected. Urban Outfitters also reported a 1% rise in comparable sales, while analysts surveyed by FactSet had projected a 1.1% drop.

Shares of PVH jumped more than 3% after the clothing company, which owns brands including Tommy Hilfiger and Calvin Klein, named Stefan Larsson as its president — a newly created position — effective June 3. The former CEO of Ralph Lauren will be in charge of managing the branded business and regions. He will report directly to Emanuel Chirico, PVH’s chairman and CEO.