Stock rebound was head fake, and now next week will be telling for bull market 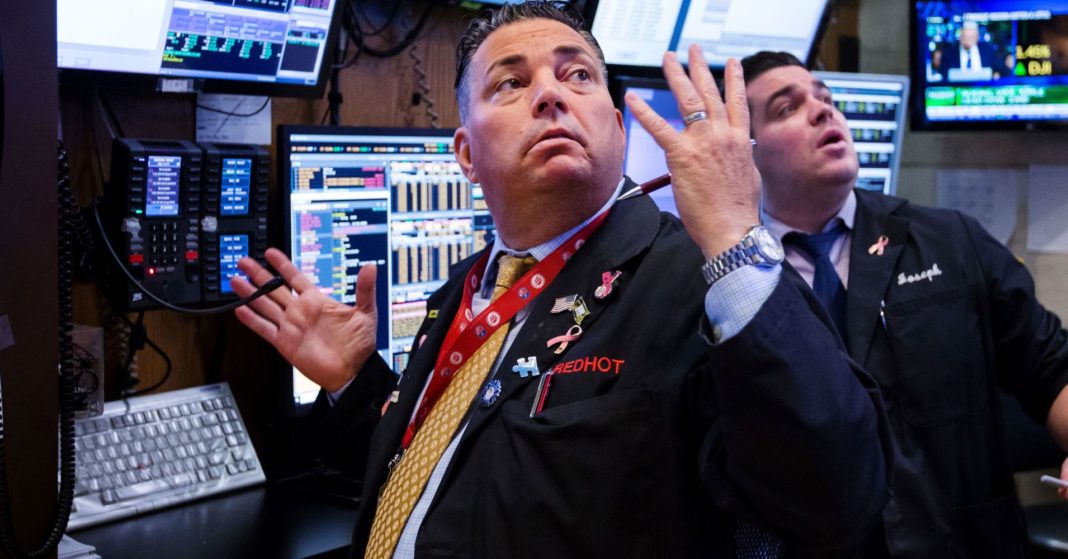 Stocks tried to rebound ahead of Thanksgiving, but strategists warn Wednesday’s failed effort to bounce could signal another wave of selling.

“I think it’s a fake out, rather than a break out,” said Samuel Stovall, chief investment strategist at CFRA.
Stovall said as of Tuesday’s close, the market is seeing its third worst start to the fourth quarter since World War II, with a more than 9 percent decline in the S&P 500.

Stocks rose in a quiet pre-Thanksgiving session Wednesday, as Facebook, Amazon, Alphabet and Apple all moved higher — a sharp contrast to the broad crush of selling that took the S&P 500 down 1.8 percent Tuesday. But by late in the day, Apple reversed gains and the Dow lost 200 points, closing down by just under 1 point, though the S&P was up 8 at 2,649.

“I think everyone was hoping for some kind of positive bias into Thanksgiving, which is what we historically have,” said Scott Redler, partner with T3Live.com. “If we couldn’t hold up today, the market’s kind of showing its hand. It tried to muster up a feel good Thanksgiving rally but wasn’t even strong enough to do that.”

The Dow, S&P and Nasdaq all had their worst week to date leading up to a Thanksgiving holiday since 2011. All of them are down more than 3 percent for the week so far.

“The real tell will be next week,” Redler said.

Next week could be pivotal for markets, which are awaiting comments from Fed Chair Jerome Powell at the Economic Club of New York on Wednesday but also the outcome of a meeting between President Donald Trump and China President Xi Jinping at the G-20 summit on Thursday.

Traders are hoping to hear more dovish commentary from Powell, after he softened his stance last week, and traders are now betting on fewer rate hikes for next year.

But it’s the G-20 meeting could set the tone for markets and the economy for months to come, since it is expected Trump could decide whether to continue to ramp up his tariffs on Chinese goods; hold off on further tariffs and initiate discussions, or in the best case, drop the existing tariffs and move toward a deal.

Redler said the market would surge if the best case is the outcome, and stocks could get back to highs. But if Trump is just negative and there are no signs of future negotiations, stocks could quickly test the lows and break lower.

It was encouraging that some of the momentum stocks gained Wednesday before Apple dampened the rally. “A lot of names are battered and bruised,” said Redler, but it was positive that when the Dow was down 400 points Tuesday, and buyers came into names like Facebook.

Perhaps no stock has guided market sentiment more than Apple, which fell below its 200-day moving average Nov. 13.

“The behavior of Apple raises doubts that the Thanksgiving bounce attempt has any validity,” said Redler. He said traders on Friday will be watching Tuesday’s low of $175.50. “If that doesn’t hold, it could be a headwind for the market and tech with potential downside for Apple in the $160s.”

Strategists say the market could still retest the October lows — 2,603 on the S&P 500 — before it turns higher, but that retest could come soon depending on the outcome of G-20, or even after a seasonal, year-end rally.

Todd Sohn, technical analyst at Strategas Research, said he would not confuse Tuesday’s weakness with a low. “A lot of the things we follow came up short…volumes were higher but they were not extreme,” he said. “I don’t know how much weight to put on today’s rally given the holiday.”

The market still needs to show signs of capitulating in more than just tech names, he said.

“The next five weeks are a really strong seasonal period and that is the one thing we’re very reluctant to fight…you could still get a seasonal rally,” said Sohn.

“I think that we’ve got to hear something from the Fed, from Trump or from corporations regarding forward guidance. That would in a sense, undo some of the worries that had been built into equity prices before this could become a more meaningful and lasting rally,” he said.

Stovall said in the other years where the performance was poor from the start of the fourth quarter through Nov. 20, stocks were positive 80 percent into the end of the year, and in those 20 occasions, stocks were on average up 4.1 percent in the same period.

Stovall said stocks would respond positively if Powell were to moderate his rate hiking tone and sound more dovish.