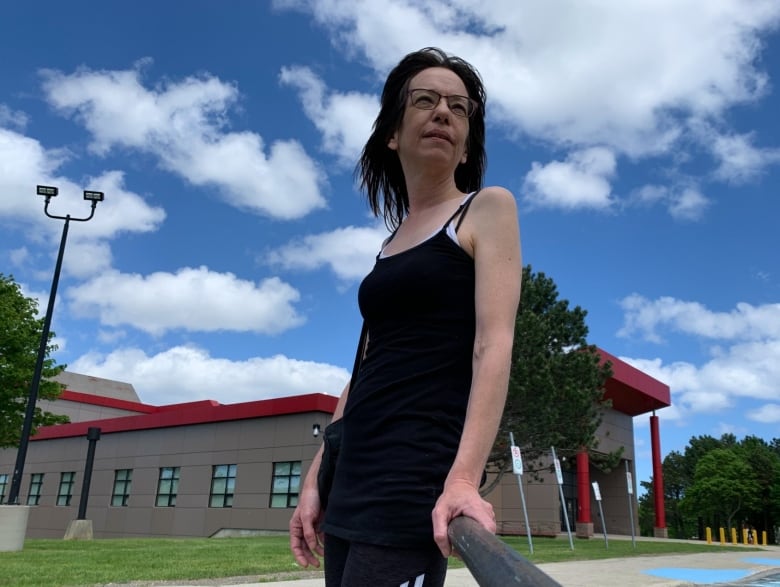 A St. John’s woman says she has lost everything — her home, her livelihood and stability — after years-long problems with the federal government’s notorious Phoenix pay system, and has yet to receive a cent back in compensation.

Joanne Nemec Osmond, 46, started with the Canada Revenue Agency in 2006 as a contract worker. Each year, she was laid off only to be called back the following season, with the hope that one day she would become a permanent employee.

In 2017, she was offered a higher-paying position, but it came at a crippling price that would destroy her home, career and finances.

“They owe me cold, hard cash that I earned for working, but I’ll never get back my credit, I’ll never [get back] my home that I had to leave to my children, the change in life,” Nemec Osmond said.

“They’ve taken years off my life.”

Nemec Osmond is one of more than an estimated 200,000 federal government employees who have gone unpaid for long periods of time, were paid less than expected or have been overpaid since the Phoenix system was set up.

The troubled IBM pay system was contracted by the federal government in 2011 to replace its aging system. It came online in 2016 and there have been countless failures since, costing more than $2.4 billion as of April. A replacement system is in the works.

Shortly after the Phoenix pay system came online, Nemec Osmond said she began seeing deductions on her pay stubs in varying amounts, anywhere from tens of dollars to hundreds. When she called the compensation department to ask why, she said they couldn’t tell her on which dates she was overpaid — only that she was, and as a result, was having money clawed back.

After taking a higher-paying job in 2017, the problem got worse and she began receiving paycheques for $0.

She said she was yet again slighted by the federal government’s faulty system.

“Phoenix issued me a record of employment that missed six months of my employment and said I did not qualify for EI,” Nemec Osmond said.

“After my cheque going to zero and saying I didn’t qualify, I became a squeaky wheel.”

She later obtained EI after intervention by the assistant to her member of Parliament, Liberal Seamus O’Regan.

Nemec Osmond returned to work months later but was still getting blank paycheques, and no one seemed to know how to help.

Then, after 12 years on the job, CRA axed her employment.

“I got a letter from the tax centre telling me that I did not meet the required production rates we are supposed to review. At that time I think it was four and a half files per hour I exceeded every other year,” she said.

“I think I was just crushed. At the time I didn’t know where to turn to get help.”

They have taken from me. They’re down to taking the last drops of blood.– Joanne Nemec Osmond

In 2019, after defaulting on her mortgage, the bank foreclosed on the home where she had raised her children. Separated from her husband, she and her two daughters now live in subsidized housing. She owes more than $33,000 to First National, her lender, due to “losses incurred as a result of [her] default.”

“That’s where I had the piece on the wall measuring their heights as they grew and the memories. And it’s heartbreaking, and I’m still not over it.”

But it didn’t end there.

Since her contract ended in 2018, Nemec Osmond has received two T4s from the CRA — one in 2019 and one in 2021, inaccurately claiming she had employment income those years.

In February 2020, CRA sent her a letter stating she owed $6,926.38 in overpayments. A few months later, it sent another letter saying that balance “was not accurate,” and that she in fact owed $5,925.88. CBC News has reviewed the  documentation.

The agency is now recovering that balance by taking it from Nemec Osmond’s annual tax refunds.

“That was pretty crushing because I really needed those funds,” she said, adding she days later received another T4 in the mail stating she earned $1,800 in employment income from CRA.

Nemec Osmond doesn’t believe the federal government will ever be able to accurately calculate what she’s owed because of how convoluted the errors were.

And no matter the amount, she said she will never get back what was lost.

“I don’t think they could put back the stability and security in my kids’ lives. I can’t drive down past my old home. I still tear up and I was never one for that,” Nemec Osmond said.

“But this has changed me and changed our whole family dynamic.”

The federal government promised to provide $2,500 in general damages to eligible employees, and announced further compensation in late 2021 for people like Nemec Osmond who endured severe financial and personal hardships.

Nemec Osmond said she has yet to receive compensation but has gotten an email confirming that her severe damages claim is being reviewed.

The union representing many federal employees, the Public Service Alliance of Canada, said tens of thousands of public sector workers are still being impacted by issues with pay. It’s urging the federal government to call a national inquiry.

Colleen Coffey, PSAC Atlantic regional executive vice-president, was not available for an interview by publication time. .

In a statement, Coffey said the backlog of Phoenix pay issues has grown during the pandemic, with a total of 137,000 cases beyond normal workload this March, compared with 94,000 two years earlier.

“As well, we know that the pay centre’s current staffing is simply not capable of processing high, complex volumes of pay transactions,” Coffey wrote.

“Working in compensation with a broken pay system is a difficult and stressful job, and this has caused problems with hiring and retention.”

Nemec Osmond said her attempts to contact her union were unsuccessful. However, Coffey said the team responsible for Phoenix pay issues works daily with public sector workers to “understand how and why this is happening to them.”

In a statement, Shared Services Canada said it is testing a new payroll and HR program using “lessons learned” from Phoenix. A spokesperson for the federal agency said it is a “a human-centred, accessible and cloud-based HR and pay solution.”

Public Services and Procurement Canada did not respond to CBC’s questions by deadline.

“It has to be fixed. I need someone to fix it.”