“Spider-man: Homecoming” Cast And Crew Excited Ahead Of Release 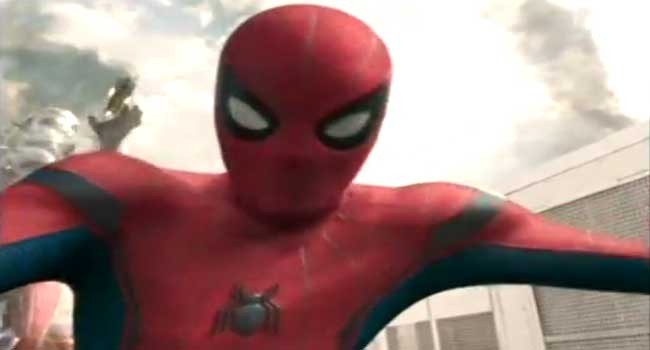 With just a few weeks to go until the release of ‘Spider-Man: Homecoming’, 21-year-old actor Tom Holland, who is about to appear on the big screen in his first solo outing as the web-slinger, has mixed emotions saying he’s ‘excited and nervous’.

Audiences got a brief taste of Holland as Spider-Man in ‘Captain America: Civil War’, which saw him well received by the critics, this time around he’s the star of the movie.

‘Homecoming’ is set a few months later and shows Peter Parker (aka Spider-Man) trying to juggle his superhero duties with his school life. Luckily Tony Stark / Iron Man, played by Robert Downey Jr. is on hand to help him.

Director Jon Watts, who has previously made ‘Cop Car’ and ‘The Onion News Network’, says ‘Spider-Man: Homecoming’ is the biggest thing he has done in his career, and can’t wait for it to be released so that he can talk openly about it.

Asked about Holland, who made his name playing ballet dancer Billy Elliott in ‘Billy Elliott the Musical’ in London’s west end, Watts said he gave a ‘great performance’ and was able to do so many of his own stunts ‘we almost killed him by the end of the movie.’

Starring alongside Holland as Michelle, one of Peter Parker’s classmates, is Zendaya, a rising star who also made her name as a child, rather than theatre she starred in Disney show ‘Shake it Up’ as well as ‘K.C. Undercover’.

Making her theatre movie debut as Michelle the 20-year-old said it was ‘cool being able to collaborate with Jon’. Known for her fashion sense as well as acting Zendaya explained her choice of outfit, saying she wanted to match ‘the vibe out here’ (in Spain) and wear something ‘weather appropriate.’

She and the rest of the Spider-Man team were in Spain for Cine Europe 2017, an annual cinema convention.

‘Spider-Man: Homecoming’, is due to be released internationally from July 5, 2017.