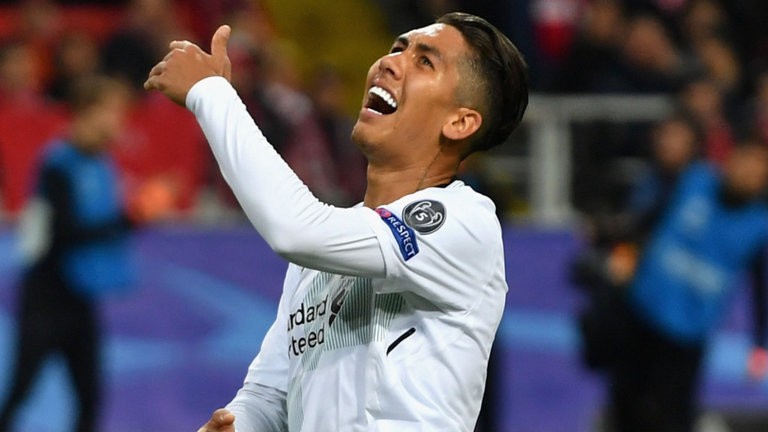 Liverpool were held to a frustrating 1-1 draw despite dominating at Spartak Moscow in their Champions League Group E clash on Tuesday.

Liverpool dominated the second half but were kept out on several occasions, the biggest chances falling to substitute Daniel Sturridge, who blazed over on the volley from close range, and Mohamed Salah, who saw a close-range header saved by substitute goalkeeper Aleksandr Selikhov.

fter Sevilla’s win against Maribor, the result means Liverpool are in second in Group E, two points behind the Spanish leaders and level on points with Spartak.

Man of the match: Artyom Rebrov

In an open and entertaining first half, Artyom Rebrov made good saves to deny Salah’s angled effort and then Roberto Firmino’s free header, before the hosts took the lead.

After Salah had fouled on the edge of the box, Fernando stepped up and found the right of the goal from the resulting free-kick midway through the first half, though there will be question marks over Loris Karius’ dive with the ball not ending up in the corner of the net.

But Liverpool were level eight minutes later through Coutinho, who received the ball back from a superb one-two with Sadio Mane outside the box, finding the roof of the net from 12 yards.

Liverpool should have gone into the break ahead following two chances; Firmino failed to shuffle his feet in time to turn Jordan Henderson’s fine ball goalwards, and on the stroke of half-time a four-versus-two attack ended in Mane being caught offside.

Jurgen Klopp’s side also dominated the second period, going close through Coutinho’s free-kick, before Firmino struck over the bar in space having won the ball back on the edge of the box.

Liverpool will feel they should have won it in the dying stages after Sturridge struck over the bar in space from six yards on the volley, and with just two minutes of the additional eight added on remaining, Salah struck a point-blank header straight at Selikhov from Alexander-Arnold’s cross.

I would have to say the final ball at times let them down. Too much weight on it, not crossing it early enough, or putting the ball behind players when they had chances.

This is a massive two points dropped. I think these were the top pick in Pot 1, and you think my goodness, Liverpool have just absolutely steamrolled them from start to finish. They will be kicking themselves in that dressing room.

They’ve had two attempts, one from the free-kick which they scored, and one from another shot which Karius blocked. But for the goal, the goalkeeper should do much better.

“We are not the most lucky team in world football but we did very well in creating chances against a defensively-oriented team. The only thing is to go through the group and that is still possible for us.

“We would have won both games [after draw against Sevilla] but didn’t and that is our fault.”

Liverpool go to Newcastle on Super Sunday, live on Sky Sports Premier League at 4.30pm, while their next Champions league game is on October 17 at Maribor. CSKA host Sevilla next in the Champions League on the same night.