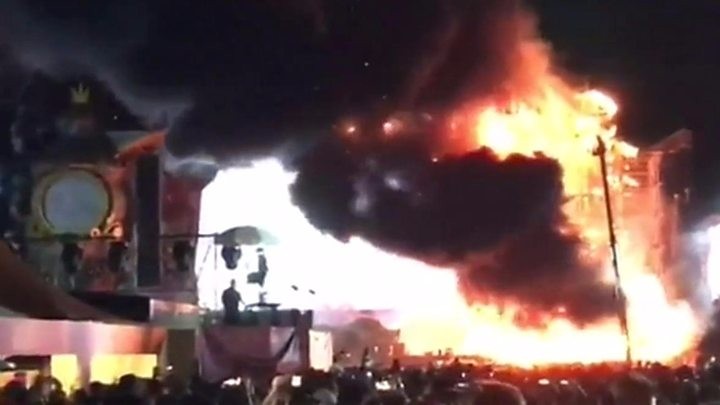 More than 22,000 people had to be evacuated from a music festival in Spain after a huge fire engulfed part of the main stage.

Pictures posted on social media showed the left-hand side of the stage at the Tomorrowland Unite festival near Barcelona going up in flames.

No injuries have been reported.

Organisers said on the festival’s website that “a technical malfunction” had caused the blaze but gave no further details.

The electronic music festival was taking place at Can Zam Park in Santa Coloma de Gramenet when the drama unfolded.

Top DJ Steve Aoki had been due to perform on stage when the one-day festival was cancelled. The line-up also included DJs Ingrosso and Afrojack.