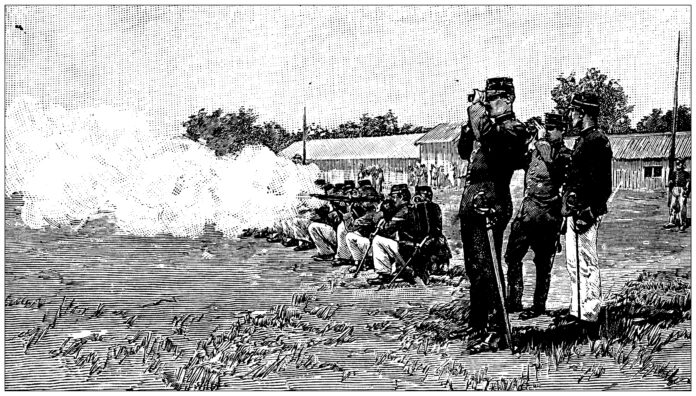 South Carolina is now prepared to carry out executions by firing squad, the Department of Corrections said in a chilling statement Friday.

The shootings can begin once the state Supreme Court approves the specifics of the procedure, the Greenville News reported.

After a law was passed last year allowing firing squads, the state spent $53,000 to renovate the capital punishment facility at Broad River Correctional Institution in Columbia “to include the capacity to perform an execution by firing squad,” the statement noted.

South Carolina’s primary means of execution is the electric chair. But by law, inmates may now choose death by lethal injection or a firing squad — provided the methods are available. The firing squad option was added after the state was unable to obtain lethal drugs, which has stalled executions for 10 years.

There are currently 37 people on South Carolina’s death row, The Associated Press reported.

In a shooting-death execution in the state, three members of a firing squad will stand behind a wall and aim their rifles at the condemned person through a square opening, the News reported.

The person will be strapped to a chair on the other side of the wall, facing the gun barrels, but with a hood placed over their head. A “small aim point will be placed over their heart by a member of the execution team,” according to the Department of Corrections statement.

Also read: Duchess Camilla And Charles Have Photos Of Harry And Meghan In London Home

Members of the firing squad will be volunteers from the department.

Mississippi, Oklahoma, and Utah are the only other states with firing squad executions. Since 1960, four prisoners have been killed by firing squad in the U.S. — all in Utah. John Albert Taylor, who was convicted of raping and killing an 11-year-old girl, requested a firing squad for his 1996 execution to make a point that the state-sanctioned murder.

As of last year, 24 states allowed some form of execution, and three states had moratoriums against the death penalty, according to the Death Penalty Information Center.