Soun of Ogbomoso’s wife is dead 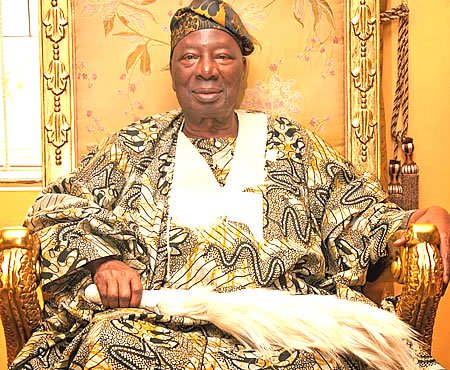 She passed away earlier today.

Oyo State Governor, Senator Abiola Ajimobi, in a condolence letter to Soun, on Wednesday, said that he was pained by the death of the matriarch of the Oyewumi royal family of Ogbomosoland.

Ajimobi, who described the deceased as a devout Muslim and caring mother said that she devoted her life to service to Almighty Allah and the growth and progress of Ogbomosoland and its people.

The letter reads, “She was a lifelong partner and supportive wife of Kabiyesi. A devout Muslim and community leader, whose generosity of spirit had endeared her to the larger Oyewumi family and the people of Ogbomosoland.

“Because of her warmth and effervescence I have no doubt that she will be sorely missed by Kabiyesi, the children, grandchildren and great grandchildren who have found her company comforting in her lifetime.

“On behalf of the government and the people of Oyo State, I condoled with our Baba over this loss. We will miss Mama’s welcoming smiles and hospitable dispositions at the palace. It is my prayer that the Almighty grants her Aljannah Firdaus.”