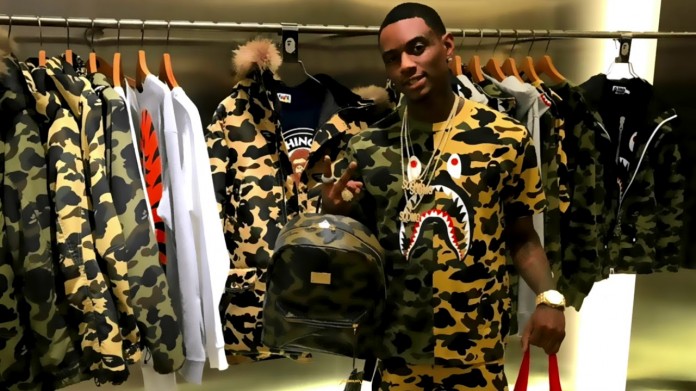 “Soulja Season” is on the way.
It seems like nearly a lifetime ago since Soulja Boy was in the news every day, promoting his never-to-be-delivered album Draco and his never-to-be-fought boxing match with Chris Brown. In reality, it was just a year back, but was followed by an uncharacteristically long hiatus by the rapper. In January, the break ended with the release of “Turn On The Stove,” a return to Soulja’s catchy low-stakes Atlanta rap style. Lter he put out King Soulja 8. “Bands Up” continues in that tradition, giving fans the instantly satisfying braggy rap track that SB does so well. Soulja has announced a new project called Soulja Season that is expected to be released in the near future. It’s unclear whether or not “Bands Up” will appear there or is just another loosie on the way to the tape. Until then, we might just throw on Soulja’s underrated gem of an album, 2010’s The Deandre Way.