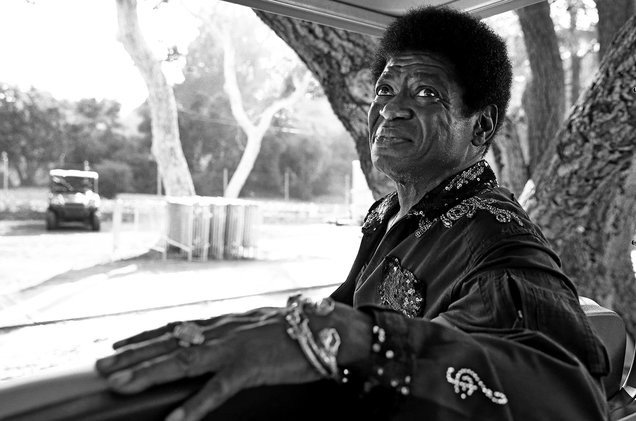 Charles Bradley photographed at Arroyo Seco Weekend at the Brookside Golf Course at on June 24, 2017 in Pasadena, Calif.
Soul singer Charles Bradley, who drew comparisons to James Brown thanks to his excitable stage persona, died Saturday (Sept. 23) following a long bout with cancer.

Bradley passed away in Brooklyn surrounded by family and friends, as well as members of bands he had worked with, including Menahan Street Band, His Extraordinaires, Budos Band and the Jimmy Hill Allstarz. The latter was his band while performing as as Black Velvet.

“Thank you for your prayers during this difficult time,” read a statement from his spokesperson. “Mr. Bradley was truly grateful for all the love he’s received from his fans and we hope his message of love is remembered and carried on.”

In early September, Bradley was forced to cancel all of his upcoming tour dates following a second bout of cancer that made performaning difficult. With 37 dates scheduled through the end of the year, Bradley’s spokesperson said the singer felt run down during recent shows. A year after a stomach cancer diagnosis, doctors informed Bradley that his cancer had spread to his liver, though it had not returned to his stomach.

The energetic performer, who drew comparisons to James Brown thanks to his excitable stage persona, spent decades working as a chef and playing gigs on the side, before gaining the attention of Daptone Records’ Gabriel Roth — who released the singer’s first single, 2002’s “Take It as It Comes,” which ultimately led to his acclaimed 2011 full-length debut, No Time for Dreaming.

In lieu of flowers, donations may be made to All-Stars Project or Music Unites.