Sophia Bush Talks Assault: ‘I Am Not a Woman That You Will Ever Reduce’ 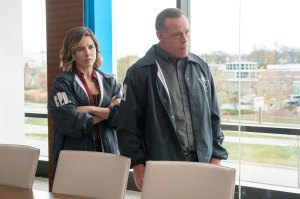 Telling her story. Sophia Bush is opening up about her alleged assault, but, as she reminded fans on social media, she’s been doing so for a while now … if you were paying attention.

The One Tree Hill alum, 36, shared a gallery of her past posts on the subject via Instagram on Friday, December 14, which opened with a poem by Nayyirah Waheed. “some people when they hear your story. contract,” the poem read. “others upon hearing your story. expand. and this is how you know.”

Bush also added a lengthy caption to the gallery that explained her reshares. “I will always tell, and have always told, the truth. Even when my voice shakes,” she wrote. “You asking ‘why now’ simply reveals to me that you haven’t been paying attention. ‘Journalists’ who distort the words of women to produce clickbait, who minimize their story by segmenting it and reducing it? Do better. If you have chosen not to listen to the frank, clear conversations I’ve had on the topic over the last year, that’s on you. Your lack of attention — to me and to ALL of the women who tell their stories into the void — doesn’t mean that we haven’t been screaming all along. To attempt to have a field day with my life, acting like I don’t have the receipts? You can swipe right for a selection.”

The Chicago P.D. vet included multiple screenshots of her prior posts in the gallery, such as a tweet she wrote on December 7, 2017: “ALSO. Repeat sexual abusers having their gross physical misconduct rebranded as ‘anger management issues. I’m flabbergasted, really.” 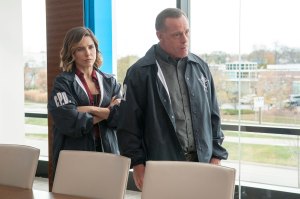 “Thank you Dr. Ford. Despite terror, lasting trauma, having to put your family in hiding, and death threats, you were brave and you did this for us …” Bush captioned a black and white photo of Ford, 52, taking her oath in court.

The Incredibles 2 star mused on her own experiences in the September caption, as well. “I have been trying to write my #WhyIDidntReport for a while now. And I still can’t,” she wrote at the time. “For me, an added layer of paralyzing pain comes from having reported and from the unbearable retaliation that followed. From the flippant ‘well thank God he didn’t try to rape you!’ response from the first person I told I’d been assaulted. To the fearful silence of every witness, who broke my heart by staying quiet and who my heart breaks for because I know the fear they felt was paralyzing too. And from the fact that I still don’t sleep well. The fact that I struggle to be touched by strangers. …Perhaps someday I’ll wake up and feel as courageous as Dr. Ford. Or @busyphilipps. Or any of the beautiful, brave, bold sisters out there who have shared their stories today. And perhaps not. No matter. I am in awe of all of you. I have your back. No matter what happens now, today has changed everything. Forever.” 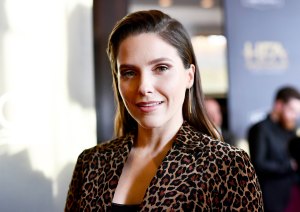 Bush’s post comes days after she addressed the topic with Dax Shepard during a December 10 episode of the actor’s podcast, “Armchair Expert.”

“You start to lose your way when someone assaults you in a room full of people and everyone literally looks away, looks at the floor, looks at the ceiling, and you’re the one woman in the room and every man who’s twice your size doesn’t do something,” she said of her time on Chicago P.D. in the clip.

The activist left the series at the end of season 4, three seasons ahead of her scheduled contract.

She explained her hasty exit from the NBC hit during Refinery 29’s “UnStyled” podcast in December 2017. “I don’t have to give everyone the specific breakdown of exactly why I left until I’m ready to do that,” she said at the time. “But, the overarching theme for me was that I landed my dream job … A year later, when I sat my bosses down — it was in the summer between seasons 3 and 4 — and I said, ‘Here’s where we are. Here’s everything you’re aware of. Here’s how I’m coming to you today. If something really drastic doesn’t change, I’m leaving at the end of the year’ — because I understand how the business works and how women are treated — I said, ‘I’m giving you not two weeks notice and I’m not coming in here throwing s–t and breaking lamps and saying I’m never coming back. I’m giving you 23 episodes notice. I’m giving you that much time. So there will be no conversation in which I was hysterical, emotional, in which I was being a quote irrational female or whatever you want to put on it. I’m literally sitting in front of you, like, cool as a cucumber. If this has to be like a big swinging d–k competition, I promise you I will win. But know this now: if we’re not having a very different conversation by Christmas, then you know with 100 percent certainty in December that, come the end of April, I’m leaving.”

Bush closed her post on Friday with a reminder of her strength. “The grace with which I’ve chosen to handle this, the deep learning I’ve done in the wake of my experience (shout out to the magnificent folks at @onsiteworkshops) that I take as sacred, and a responsibility to offer other women? Do not forget that my “titanium spine,” as my sister @hilarieburton calls it, was forged in fire. I am not a woman that you will ever reduce. Not one iota. None of u are. #DoYouGetItNow #MeToo #BurnItDown#TimesUp”