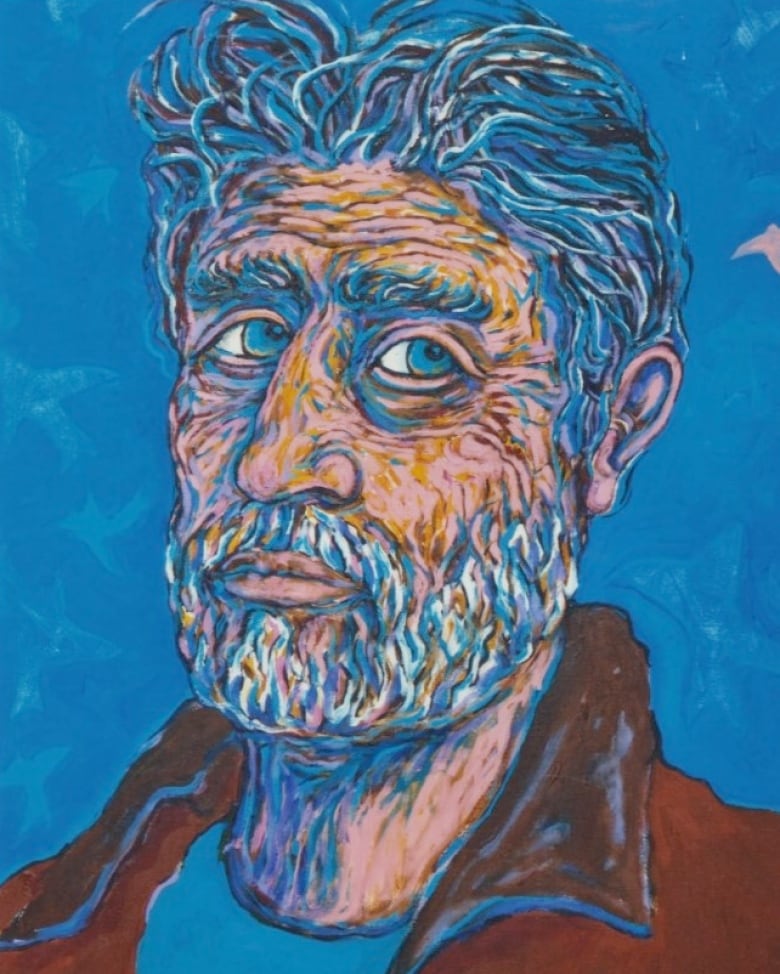 When Cristiano Savioli travelled to Cortes Island, B.C., from his hometown in Italy after the brutal slaying of his father, Stefano, in the summer of 2010, he vowed to do everything he could to help investigators solve the case.

Savioli, 37, stayed in Canada for two months, met with the RCMP and other authorities several times, and expected charges to be laid against the killer or killers immediately.

That was more than eight years ago.

Today, the case of the wealthy B.C. artist Stefano Savioli lies dormant, in the hands of the RCMP’s unsolved homicide unit.

In an interview from the oceanside resort town of Riccione on Italy’s east coast, where he lives, the younger Savioli is questioning why the RCMP has not done more on the file in the last five years. Savioli is now demanding they revive the investigation.

“I have a feeling they didn’t want to push too hard (in the initial investigation),” said Cristiano Savioli. 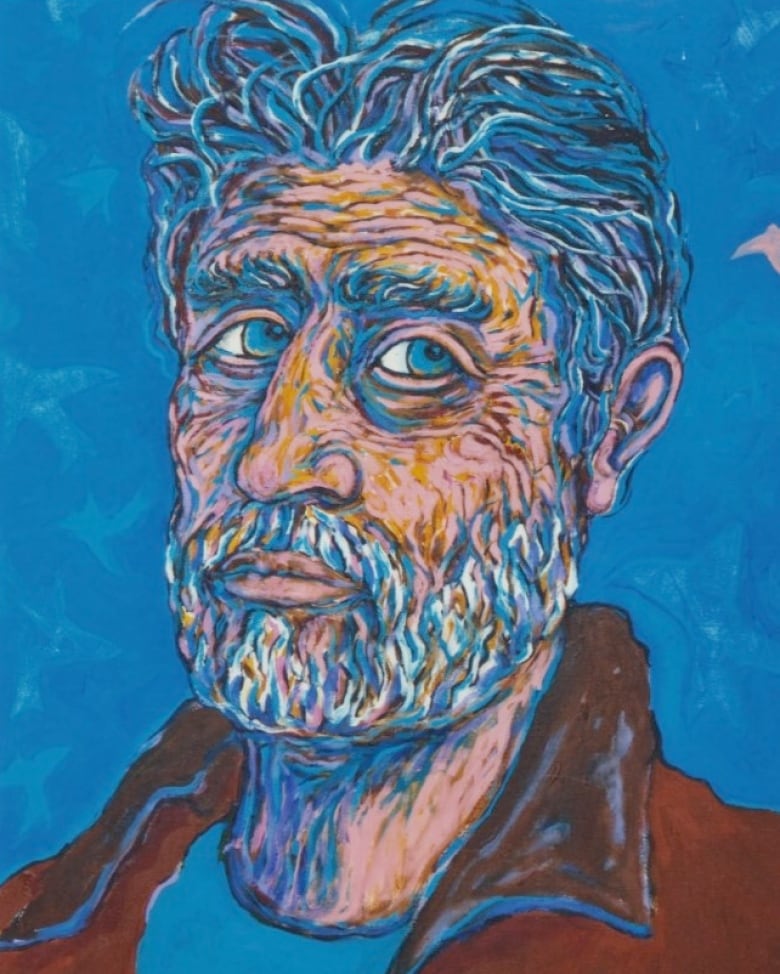 A self-portrait of artist Stefano Savioli, who was killed in his cabin on Cortes Island off the B.C. coast at the age 60. (Cristiano Savioli )

His father, then 60, was killed in his sleep in the loft of his modest cabin high atop a bluff on a part of the island known as Gorge Harbour.

Cortes is a community of roughly 1,000 residents nestled in the northern Gulf Islands between Vancouver Island and the B.C. coast, three ferry rides and about 270 kilometres northwest from Vancouver.

The elder Savioli’s body showed signs of a vicious beating and stabbing, according to island residents. The body was discovered by his 16-year-old son stepson, Samuel Marcheco-Crespo, who had been sleeping in a nearby cabin, on the morning of Aug. 6, 2010.

Cortes Island residents who cleaned up the crime scene after police left describe “blood spray” all over the rafters above where Savioli slept.

A CBC News: Fifth Estate investigation has uncovered a significant new detail about what happened that night.  Until now, it had only been reported that one person — Samuel —  was on the property the night of the killing.  Now, three sources close to Samuel and Savioli’s wife, Abigail James, tell The Fifth Estate that there was a second person staying on the property on the night of the killing.

Several Cortes-area residents told The Fifth Estate they may have information relevant to events both before and after the killing. They said they were surprised they were not contacted by police.

Savioli, who keeps a notebook with his own theories about who may have killed his father, said he is frustrated that the case has stalled.

“Every single day, I think about Cortes. I need to know the truth about it.”

He said that given the relative isolation of the island, it seems there should only be a finite number of suspects.

“I think that something went wrong in the investigation.” 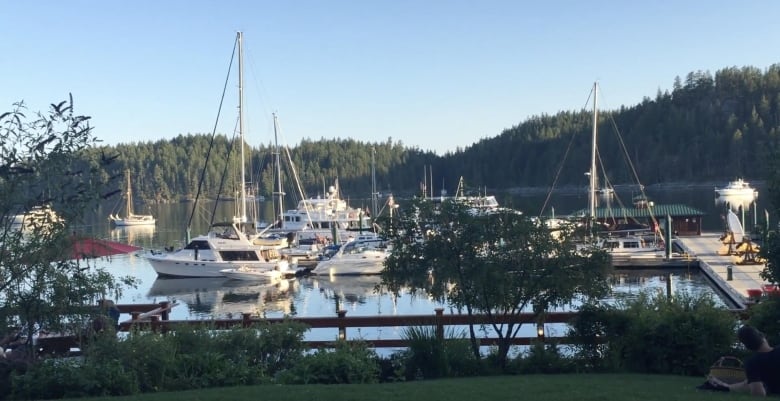 Cortes Island has about 1,000 residents and is part of the northern Gulf Islands in the Georgia Strait off the coast of B.C., about 270 km northwest of Vancouver. (Harvey Cashore/CBC News)

Immediately after the slaying, more than a dozen RCMP officers from the Vancouver Island Integrated Major Crime Unit combed the Savioli property and others parts of the island.

Police divers were seen searching the waters around Cortes looking for a murder weapon. And at least one or two officers continued to check in on the file for the next few years. Still, crown prosecutors have said that by 2014, almost all police activity on the case had ceased.

The Fifth Estate has learned that the RCMP’s Integrated Major Crime Unit, based out of Victoria, has identified a prime suspect in the case. To date, the RCMP have declined to speak with The Fifth Estate about the case.

Last fall, Fifth Estate journalists discovered a B.C. court registry website showing the RCMP had seized something significant in their homicide investigation. The file, which The Fifth Estate has learned was related to a search warrant carried out in the case, was dated May 1, 2013, and involved a motion by the RCMP to apply for judicial authorization to “extend detention of thing seized.” After The Fifth Estate pressed for more details, the contents of the e-file became unavailable to the public.

An RCMP spokesperson said the force had “no input or involvement in the deleting of the electronic court file,” and recommended CBC contact the court registry “as to why the electronic file was removed.” 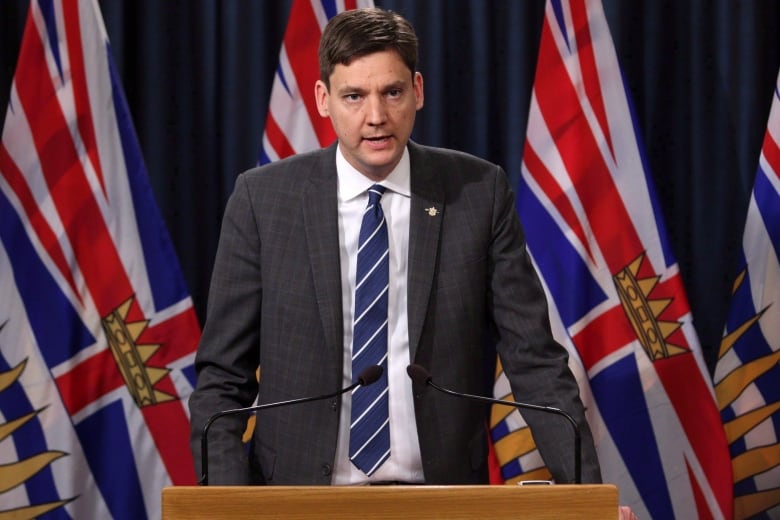 In an emailed statement, British Columbia Attorney General David Eby said nothing was ever deleted from the original court file.

Eby said that file has been sealed by a judge and that “all details of the court file” that are available to the public are accessible on the website or on location.

Today, however, no part of the Cortes homicide file is publicly accessible — even the file number has disappeared.

The Fifth Estate has gone to court to compel the RCMP to reveal more information about the case, including details about what they may have seized from the crime scene.

A final ruling is expected in May.

In his response to CBC’s application, Crown prosecutor Stacey Repas argued that The Fifth Estate should not be granted access to police records related to the case, in part, because one of its journalists owns a property on Cortes Island and could have information about the case.

“A reporter for CBC lists an address on the island and, in my respectful submission, may himself even be a person with something connected to the investigation,” the response to CBC’s application filed in court said. 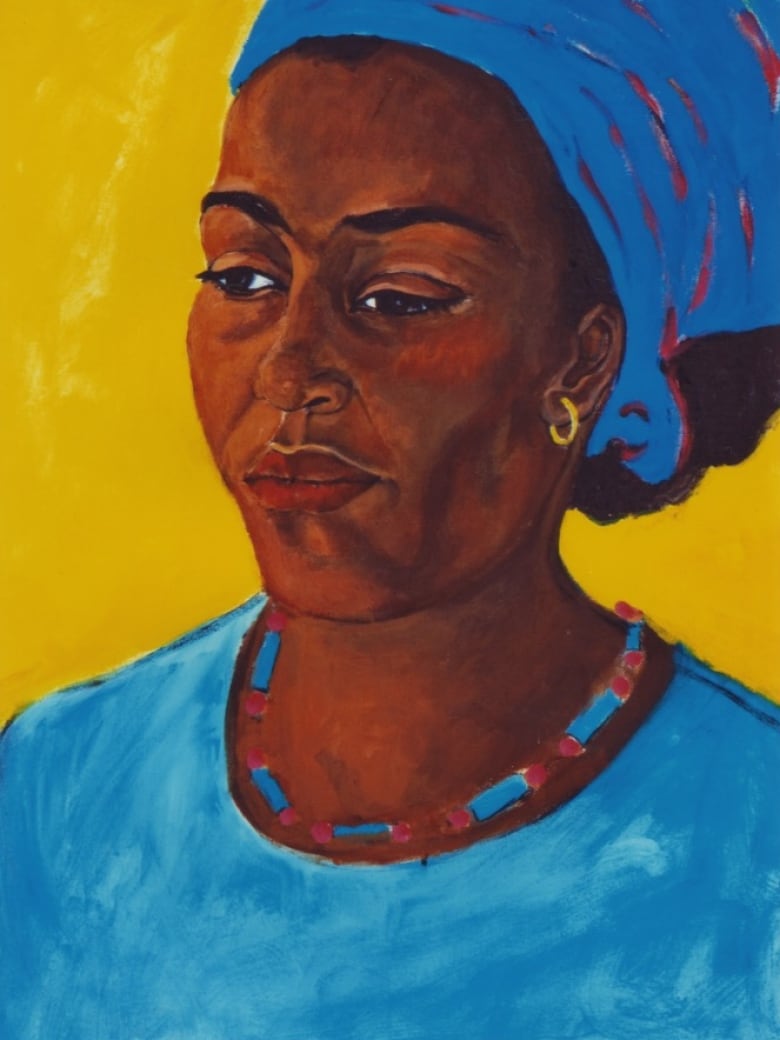 A portrait of Savioli’s wife, Abigail James, painted by the artist. (Cristiano Savioli)

Abigail James, Savioli’s widow, has repeatedly declined interviews from journalists over the years.

According to several friends interviewed by The Fifth Estate, James was not home the night of the killing. She had been working all week at a nail salon in nearby Campbell River, B.C.

When initially contacted by the CBC, James said she was reluctant to help journalists report on the killing. Weeks later, she told a Fifth Estate crew on Cortes Island to stop interviewing people about the case.

“I am unhappy with what you are doing,” she said. “You need to stop doing that.”

Some Cortes residents later approached Fifth Estate journalists to say they would no longer discuss the case with them.

“My allegiance is to her [Abigail James] first,” said one longtime resident.

James’s son, Samuel Marcheco-Crespo, who discovered the body, also declined to be interviewed.

The Fifth Estate heard all sorts of speculation about who might have killed Stefano Savioli. One bizarre theory involves a former mayor of Vancouver. Some suspect a suicide on the island shortly after the homicide may be somehow related.

Another rumour making the rounds on the island involves Mafia hitmen sent to murder the local artist. The younger Savioli decries the rumour as absurd and racist.

There is no evidence Savioli had links to organized crime, but still, that rumour persists. 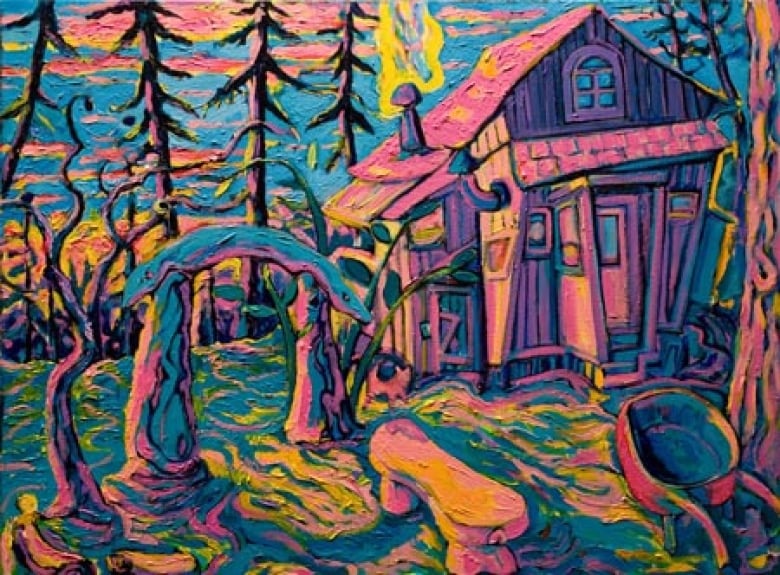 A painting by Savioli shows the cabin on Cortes Island where he was killed more than eight years ago. (Cristiano Savioli)

“You have not to think that just because we are Italian, we have to be involved with the Mafia.”

In the course of The Fifth Estate investigation, Savioli and his Italian relatives were the only people related to the slain artist who agreed to be interviewed.

“It is much more simple [than Mafia links], you have to start thinking that the problem is on the island,” Savioli said.

Savioli said he has often wondered what would have motivated the killer to take his father’s life. He said whoever killed his father would have had to enter the cabin, walk up the stairs to the loft and deliberately kill him while he was sleeping.

He said he hopes the RCMP revives the case based on new information that there was a second person near the crime scene that night.

“For me, it is a huge opportunity to reopen the case, find out what happened, and have justice,” said Savioli.

Watch the full Fifth Estate investigation into the homicide of Stefano Savioli:

The son of slain B.C. artist Stefano Savioli, killed almost nine years ago in his cabin on Cortes Island, is hoping new details about who was on the property at the time of the death could help revive the dormant homicide investigation. 23:05

If you have tips on this story, please send an email in confidence to Harvey.Cashore@cbc.ca, @HarveyCashore or phone 416-526-4704.