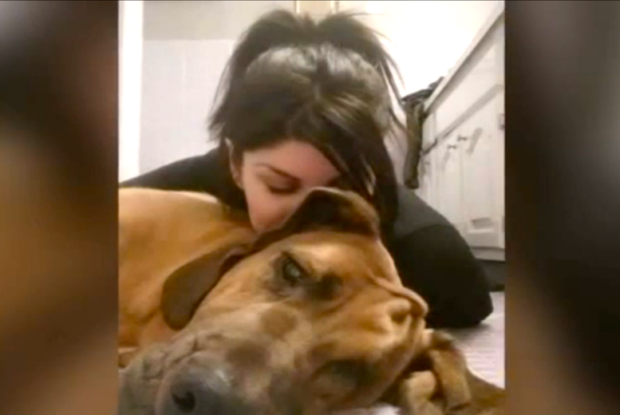 When Army Private Katelyn Gallagher came home for the holidays, she was devastated to learn the man who she trusted to watch her beloved dog had sold him while she was away.

Gallagher was heartbroken when she had to her training mission without knowing where her 5-year-old bloodhound named Buck was or if he was safe. Luckily, while she was still home, she shared her story publicly and got a tip about where he was after a story about her situation aired on the news.

Buck had been tracked located in a family home in a suburb outside of Cleveland, and when police went to the house, family confirmed it was Gallagher’s dog but refused to give him back. “Words will never be enough to explain how grateful I am or be able to explain the flush of emotions I felt upon finding Buck’s location, “ she said. “I am so thankful that he is alive.”

“Unfortunately, my heartache is not over, though. I am sorry for the family Angelo Sullo gave Buck too. I know how amazing of a boy my Buck is, so I can understand how this is a shock for them. Sadly, the family is not willing to return my boy to me. They act as though he should be theirs. I am heartbroken. I am begging this family to do the right thing.”

Gallagher is even willing to pay for the family to get another dog from a local shelter if they give Buck back, but might have to file a civil lawsuit where a judge would determine who Buck’s rightful owner is. “I got him when he was a puppy and he is like a son to me and I want him back,” Gallagher said.

Do you think the family should give the bloodhound back to his original owner? Let us know what you think in the comments below.