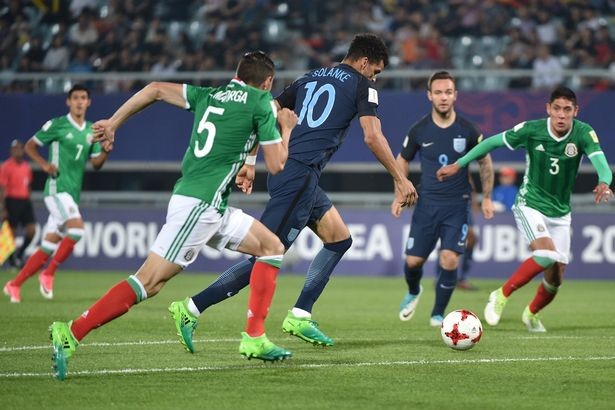 Dominic Solanke and Ademola Lookman inspired England as they came from behind to beat Italy 3-1 to reach the FIFA U20 World Cup final for the first time.

But two goals from Liverpool summer signing Solanke, either side of a strike from Everton youngster Lookman, booked England’s place in Sunday’s final against Venezuela.

It means an England men’s team have reached the final of a World Cup for the first time since 1966.

England flew out of the traps, exerting themselves on Italy, but a momentary lapse in concentration proved costly as the Italians took an early lead.

Taking a quick free-kick after Lewis Cook was penalised for handball, Andrea Favilli was released into the area where he cut inside Fikayo Tomori and laid the ball into the path of Orsolini, who clinically stroked home. 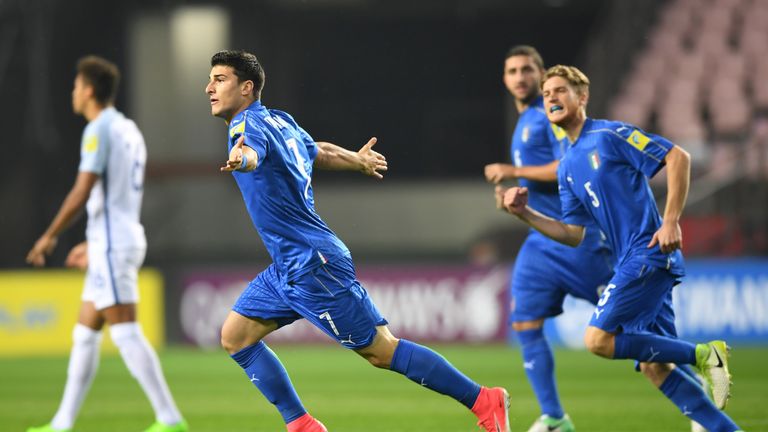 England remained composed despite their early setback and should have been level on 16 minutes, but Kieran Dowell could only turn Lookman’s inch-perfect cross onto the roof of the net.

Content with their lead, Italy allowed England possession with the intent of hitting them on the counter, a ploy which nearly came to fruition when Giuseppe Panico raced clear, but Freddie Woodman was alert to the danger.

England ended the half with a flourish as Solanke glanced Kyle Walker-Peters’ cross inches wide before Solanke stung the palms of Italian goalkeeper Andrea Zaccagno with a rasping drive. 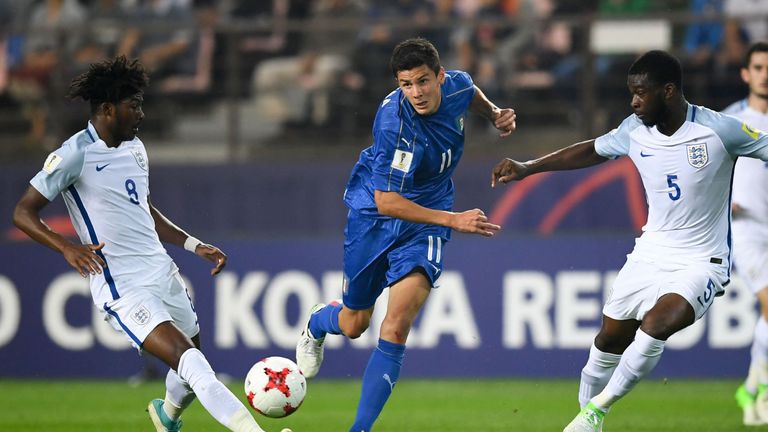 Solanke took centre stage after the interval, racing virtually the length of the field before flashing a shot wide on 53 minutes as England carried on from where they had left off.

The introduction of Sheyi Ojo only added to England’s dominance, and the Liverpool prospect nearly drew his side level with his first touch, but his deflected effort trickled wide.

A flurry of chances then came England’s way as the impressive Jonjoe Kenny fizzed narrowly wide, Ojo’s curled effort hit the outside of the post and then Zaccagno denied Ojo again with his feet. 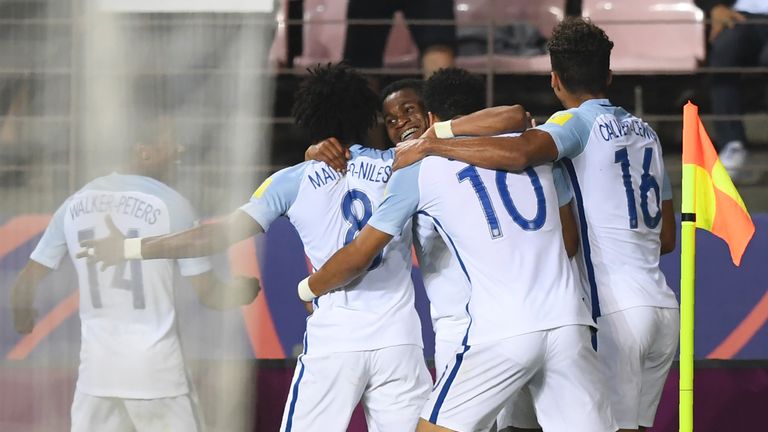 But the pressure soon told for Italy as Solanke tapped home a rebound on 66 minutes after Ojo’s wicked cross proved too hot for Zaccagno to handle.

Lookman got in on the act 11 minutes later, reacting quickest after another Ojo cross caused havoc in the Italian defence, drilling a low effort home.

Having defended for the entirety of the second period, Italy rarely looked like getting back into the tie and it was left to Solanke to wrap up proceedings two minutes from time. 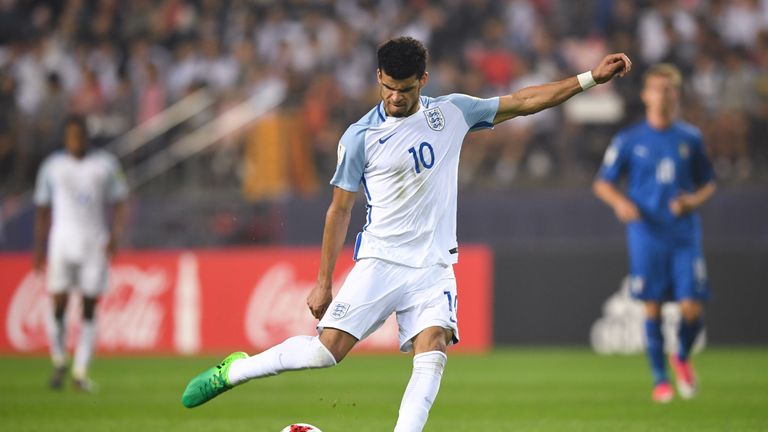 His rasping 25-yard drive squeezed past Zaccagno to cap a fine performance from the Young Lions, who now have just Venezuela standing between them and World Cup glory.