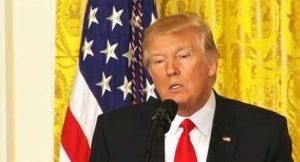 Many social services in New York City braced for budget cuts as the White House on Tuesday (May 23) laid out plans to slash spending on healthcare and food assistance programs for the poor as they push ahead on plans to cut taxes and trim the deficit.

U.S. President, Donald Trump is set to submit a raft of politically sensitive cuts in his first full budget, for the fiscal year that starts in October.

Trump, who is travelling overseas and will miss the unveiling of his plan, wants lawmakers to cut $3.6 trillion (USD) in government spending over 10 years, balancing the budget by the end of the decade, according to a preview given to reporters on Monday (May 22).

More than $800 billion would be cut from the Medicaid healthcare program for the poor and more than $192 billion from food stamps.

Inside a church basement in New York City, City Meals on Wheels prepares more than 500 meals every day to be delivered to the 18,000 people in its program who are elderly and home-bound.

Rachel Sherrow, the City Meals on Wheels associate executive director, said although most of their money comes from private donors, “Ten percent of our budget comes from the government.”

With cuts to government-funded social programs planned, Sherrow said, “What we fear is that folks will not be able to join the rolls who need meals and waitlists will be created. But the worst case scenario is that we would have to pull back and people would actually lose the meals they are currently getting.”

Hawkins said every anti-poverty program will be affected by Trump’s proposed budget cuts.

“The goal of a good budget, of really any good policy goal, should be around ending poverty. When we look at the Trump budget, what we see – the goal appears to be to cut programs. These are completely different goals. If we want to cut programs, we can do that all day long. It’s not that hard. But if we really want to end poverty or if we want to alleviate poverty, let’s forget about ending it for a second.

Even if we just wanted to alleviate poverty, where in that budget does that occur? Where is that policy goal?”

Some analysts expect lawmakers to put aside Trump’s proposed budget as they craft their own budget and spending plans.