Snowboarder killed in avalanche near Whistler, B.C., the 2nd death in 2 days 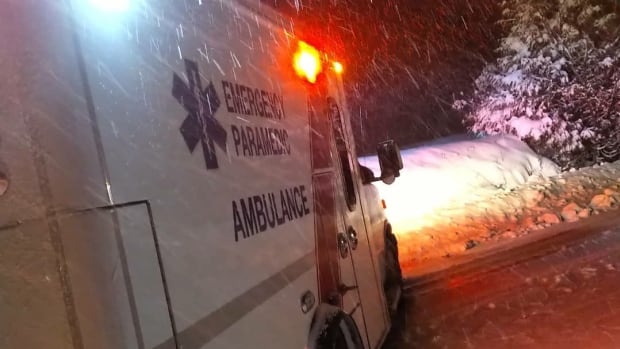 A 45-year-old man was killed in an avalanche near Whistler, B.C., on Saturday, the second avalanche fatality in the area in two days.

RCMP were notified of an avalanche in Brandywine Bowl, a backcountry area southwest of Whistler, at 2 p.m. local time.

Multiple people were swept up in the avalanche and people nearby began searching for them immediately as RCMP and search and rescue crews headed to the area.

The snowboarder was found about 45 minutes later and died of his injuries, RCMP said.

It’s believed the snowboarder was in a group of three people caught in the avalanche and, while trying to get out of the area, another avalanche occurred, RCMP said in a statement.

There have been four serious search and rescue calls within the past three days, involving two fatalities and a “multitude” of serious injuries, RCMP said.

“The backcountry in the Sea-to-Sky [area] is not stable at the moment, it’s time to wait and postpone your touring trip here for another time,” RCMP Sgt. Sascha Banks said in a media release.

“This is hard on all of us: Search teams, bystanders, police, and most importantly the loved ones of those who have died and been injured. Their stories have valuable lessons of which we all need to learn from.”

On Friday, one skier was killed and two others were injured in two avalanches near Whistler.

The skiers were swept up in an avalanche in the Poop Chutes off Blackcomb Glacier at around 3:20 p.m., police said.

That avalanche was categorized as a Size 3, which means it was big enough to bury a car or destroy a house.

TIFF 2021: In-person and red carpet to return, but no popcorn

Scientists, Homalco First Nation team up to probe massive B.C. landslide — and its impact on salmon

Tourism operators to Albertans: ‘We could really use some visitors’

The news from Kamloops shook this country. Will it change anything?

Pandemic-era elopements, micro-weddings could be here to stay as couples find less is more

Statue of Sir John A. Macdonald in Hamilton, Ont., covered as Indigenous community calls for it to come down