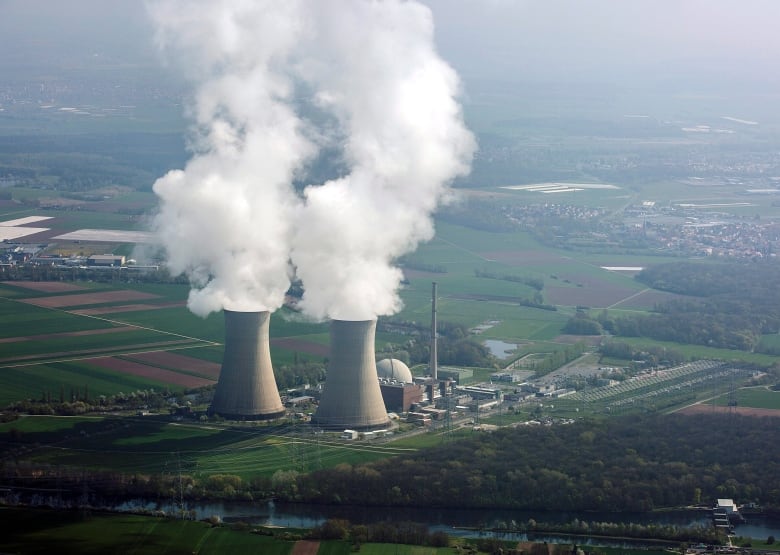 A dump truck works near the Syncrude oilsands extraction facility near Fort McMurray, Alta. Nuclear power could be one way to reduce emissions in the oilsands, experts say. (Jason Franson/Canadian Press)

Alberta’s oilsands have been labelled as dirty by environmental activists and some politicians, but the sector might be able to clean up that reputation with help from the nuclear power industry.

Small, modular nuclear reactors could have the capacity to provide largely emission-free energy to oilsands facilities, a roadmap prepared last year by an intergovernmental committee and industry stakeholders suggests.

But cost and regulatory hurdles could be serious roadblocks.

John Stewart of the Canadian Nuclear Association says Alberta could be the ideal place to test the technology.

“Alberta’s always been a place where people are open to ideas,” he said.

“Albertans are very understanding and knowledgeable about industrial projects and industrial change, and the environmental challenges that come with that.”

The term “small modular reactor” is a catch-all for units that produce less than 300 megawatts electric (MWe). Some are small enough to fit in a school gym. 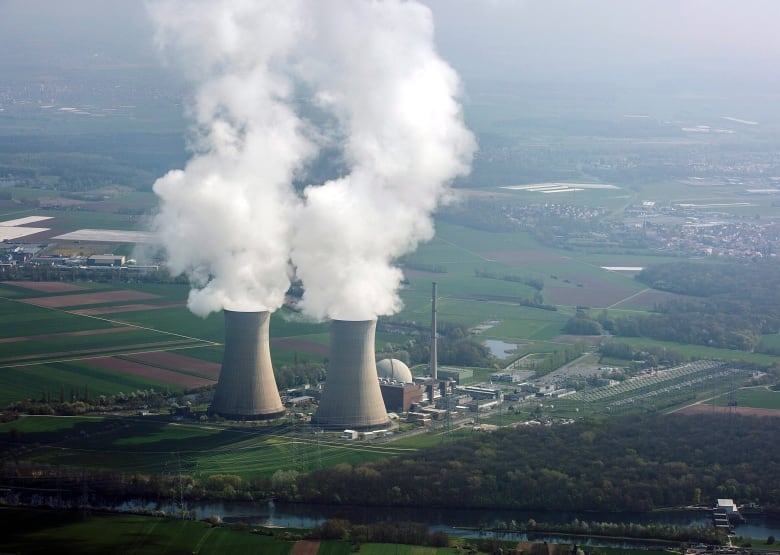 Small, modular reactors look nothing like traditional nuclear power plants, like the one pictured here in Germany. Most look like a cluster of buildings, and some are tiny enough to fit inside a school gym. (Rene Ruprecht/Associated Press)

The reactors are cheaper, can be built out of standardized units created in factory and assembled on site. Due to their size, they require less complex engineering for heat removal and smaller buffer zones than large reactors while having enhanced safety features.

Oilsands are 10% of Canada’s total emissions

The oilsands accounted for 10 per cent of Canada’s total greenhouse gas emissions in 2016.

But that number might be an underestimate — with recent reports suggesting a number of major oilsands operations in northern Alberta seem to be emitting significantly more carbon pollution than companies have been reporting, due to the methodology used.

Meisen said nuclear power was studied to see if small plants — not giant reactors — would have the capacity to handle the oilsands’ needs while moving toward Canada’s low-carbon goals.

“We just wanted to understand what’s involved, technically, economically and of course from a social acceptance point of view,” he said.

The reactors could also be used to replace coal plants, something Saskatchewan and New Brunswick are considering.

But the economic argument for bringing in the small reactors just isn’t there yet — with natural gas a cheap source of power and not enough policy incentives to cut carbon emissions, said Meisen.

“At this point in time, the cost is not overly attractive, and is still distinctly higher than the costs of natural gas powered facilities.”

You don’t want to destroy too much economic value on the road to change.– John Stewart, Canadian Nuclear Association

Stewart said oil industry leaders should ask themselves a few questions when considering nuclear power, chiefly: “How important is it for them to be able to say the carbon content of the oil they’re producing has gone down by a certain amount over a certain period of time?”

He said while natural gas might be cheaper right now, that might not always be the case as nuclear plants are largely a fixed, up-front cost and aren’t subject to commodity price fluctuations.

Stewart acknowledgd it can be a difficult balance to strike when weighing both the environment and economy: “You don’t want to destroy too much economic value on the road to change.”

The International Energy Agency projects nuclear energy use will need to double globally in the next two decades to meet a scientist-recommended target to limit the increase in global average temperature to 2 C.

The report is recommending federal and provincial governments fund small, modular reactor demonstration projects, work to introduce policies to ensure the small plants can be built safely and there are adequate plans in place to deal with nuclear waste.