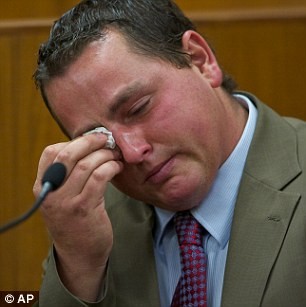 A day-old- baby has been reported dead, having been denied medical treatment by the parents because of their religious belief.

Sarah and Travis Mitchell, 24 and 21, who are both Christians, were arrested on Monday after an investigation into the death of their daughter, Ginnifer.

Yahoonews states that the mother gave birth to two girls on March 5 in Oregon City, USA; but one of them developed breathing complications a few hours after delivery.

The parents, who are currently facing murder and criminal mistreatment charges, failed to act because of their religious beliefs.

As members of the Followers of Christ Church, they shun modern medicine, preferring to employ prayer and oils in an attempt to heal the sick.

Reports gathered states that the mother of the child had a home birth with family and church members as well as three mid-wives present, but none of them called emergency service till the baby died shortly after birth.

It was also reported that members of the church have been charged to court often times for failing to seek medical care for their children.

Such church members include Shannon and Dale Hickman, relatives of the accused.

The Hickmans were convicted of manslaughter in 2011 after the death of their son, David.

In Oregon, faith healing has been removed as a legal defence for murder and manslaughter, but still exists in neighbouring Idaho, where the Followers of Christ Church also operates.

It is one of only six states that offer a faith-based shield for these felony crimes.

There are fewer than 2,000 members of the church, which has gained notoriety because it practices faith healing and shuns members who seek medical care.

In Oregon, a former state medical examiner has claimed the infant mortality rate within the community is 26 times that of the general population.

In 2014, a Pennsylvania mother and father, who are part of a separate Christian group, were jailed for causing the death of their child by refusing to take him to the doctor.

The boy was the second of Herbert and Catherine Schaible’s children to die under their care.

At the trial, the Philadelphia Judge Benjamin Lerner told the couple: “You’ve killed two of your children… not God, not your church, not religious devotion — you.”