Should the Menendez Brothers Still Be in Jail? Lifetime Movie Star “Would Love to Seem Them Walk Free” 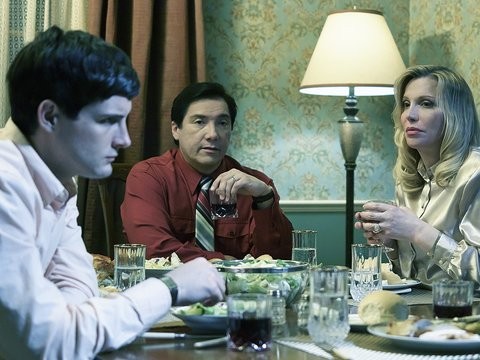 “I would love to see them both walk free.”

Do you feel the same way about Lyle and Erik Menendez after watching Menendez: Blood Brothers? The Lifetime movie about the Menendez brothers and their 1989 murder of their parents, Jose and Kitty, aired on Lifetime tonight, and offered an empathetic take on the trial that enraptured the nation in the ’90s, focusing on the alleged sexual abuse they suffered.

And after playing Lyle, the older brother, star Nico Tortorella told E! News he’d love to see the brothers, who are both currently serving life sentences, get another chance in court after their three trials 25 years ago.

“The judge ruled the sexual abuse case impossible between two men, sexual abuse had to be between a man and a woman and that is absolutely disgusting and that is the only saving grace for them to go back to retrial,” Tortorella said. “I really do hope that this shines a light on this case in a way that hasn’t been seen before, and gives people a space to really empathize.”

While Tortorella did say be believe the brothers should walk, he acknowledged that “a lot” of that is because he was playing Lyle. “But I think the ultimate ruling is so f–ked up…that something needs to be done about it. It’s not OK. The actual ruling itself, to say that a gay man can’t be raped, it’s disgusting and it needs to be fixed.”

But does his costar Myko Olivier, who played Erik in the TV movie, also believe the brothers should be granted a retrial in 2020?

“I do think there was something going on,” Olivier said of Lyle and Erik’s allegations of sexual abuse, which was used as their primary defense. “I don’t necessarily believe abuse is an excuse for murder. They killed their parents and they should serve time for that. But is abuse an excuse, I guess?”

And after watching footage from the trial and the brothers’ emotional testimony about their abuse, Olivier said he doesn’t believe Erik and Lyle lied on the stand, telling us, “I don’t think they would be good enough liars to pull that off.”

Do you think the Menendez brothers should get another trial? What did you think of Menendez: Blood Brothers’ take on the case? Sound off in the comments below.