Should membership of the National Assembly be part-time? 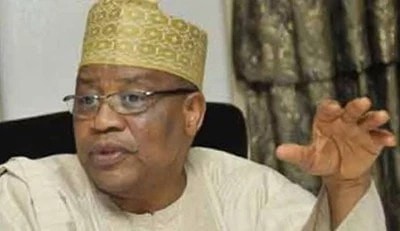 My view is that the issue of whether the National Assembly should be part-time or not would not have arisen if not for the sheer waste and profligacy associated with legislative business in Nigeria.

I think Nigerians are disenchanted with the colossal amount of resources being appropriated by members of the National Assembly.

There is a report that our legislators earn more than their counterparts in the United States of America and other countries of the world. This has to stop because it is not sustainable. If they work part-time, with only three days of work which are not even fully devoted to their legislative duties and still receive humongous amount of money, we will still go back to square one.

Our size and presidential system may not actually suit a part-time parliament. Whatever is worth doing at all, is worth doing fully or whole-heartedly. What I think is needed is a unicameral legislature with the size of the Senate. The fewer fat cats we have up there, the less time there is for theatrics and music-making.

This unicameral legislature is what we have in many countries, including China, South Korea, Singapore, Chad, Egypt, Iraq, Senegal, Turkey, Ghana, and several others. Too many cooks spoil the broth, and too many lawmakers may just be breaking the law, ultimately.

What I expect legislators to do is to be agents of peace. They should be leaders who are close to their constituencies so that all these threats and counter-threats, all these hatred and hubris, being spewed up and down, raising our national blood pressure, would be nipped in the bud.

But many legislators are disconnected from their constituencies, as the only interest they represent is their big pockets. In summary, part-time legislature? Not quite; unicameral legislature? Yes.

In my own view, legislative work should be a part-time assignment, considering the high cost of governance which statistics revealed has been very detrimental to democratic progress in Nigeria.

The bi-cameral legislature, with 469 legislators: 360 members of the lower chamber and 109 of the upper chamber, with several aides, multiple allowances and incessant corrupt practices, has been very worrisome.

Legislative assignment should be a sacrificial duty, with less attraction. It should be an ordinate task for patriotic Nigerians with stride for national development and not the present crop of pocket -driven representation we have.

In order to reduce the cost of governance, to key into the present financial and economic realities, Nigeria must resolve to restructure government business operations as it relates to high cost of governance.

The National Assembly should mainly be entitled to sitting and other reasonable allowances and not monthly salaries.

I will support any move to make membership of the National Assembly a part-time one. I am not sure the lawmakers are that serious and that is why some of them do not attend sessions; and when they do, you see them dosing off throughout the period.

The government pays for everything, including the clothes they wear and anything you can imagine, but they are unproductive. I think part-time legislature was practised before, and I think we should encourage this again if we are serious about reducing the cost of governance. Our lawmakers are the highest paid in the world and they should rank among the most productive. So, I will support part-time legislature anytime, but with a proviso for meetings in case of emergencies.

Majority of them do not have the basic idea of a legislative business; they are mainly after their pockets. Their remuneration is out of this world. Let it be drastically reviewed downward and make their work part-time. That is when we will see that those politicians jostling to become members of the National Assembly are not doing so in the interest of the nation but as a means of financial empowerment.

Also, there should be cancellation of constituency project allocations from whatever source in the federation account. This is another avenue through which these lawmakers are defrauding the nation.

For our democracy and in the interest of our economy, I see nothing bad in Nigeria opting for part-time legislators. I have gone through the process and I can tell you that having part-time legislators will not be a bad idea, especially if you look at the economic part of it. Give a job to a busy man, he will know how to joggle it. If someone like Aliko Dangote will be co-ordinating the various arms of his multi-billion naira business spread across Africa, I don’t see anything wrong in having legislators performing their functions on a part-time basis. And if it must remain full time, I believe they must be more productive.

As an idea, it is not bad. In practice, it will be a difficult thing to sell. You will need members of the National and state Houses of Assembly to agree to it because the constitution vests the power of amendment on them. You cannot amend the relevant sections of the constitution unless they buy into it.

I do not see the possibility of us having part-time legislators because this is not the case with lawmakers in the United States of America where we copied our system of democracy from. We can make some adjustments to improve on productivity, but to say we should go ahead and have part-time legislators will be near impossible. I don’t know which part of the world has successfully put this into practice.

The membership of the National Assembly should be part-time because the representatives are burdened with responsibilities that are not theirs. Asking them to engage in constituency projects is a responsibility that is not theirs. Their responsibility should be to liaise with their constituents and see what their problems are and the areas of intervention required. These they will collate and take to the National Assembly to see to their actualisation. People are not feeling their impact with the present arrangement because what they do is to come home and dole out cash and distribute bicycles and motorcycles.

Many of them don’t even come home. They are disconnected from the people they represent because they don’t know what their needs are. They stay back in Abuja because it is a full-time job and enjoy their money alone. Most of them are not relevant at home because they don’t interface with the people.  Besides, it is too expensive to have them as full-time legislators. It is wasteful and unnecessary.