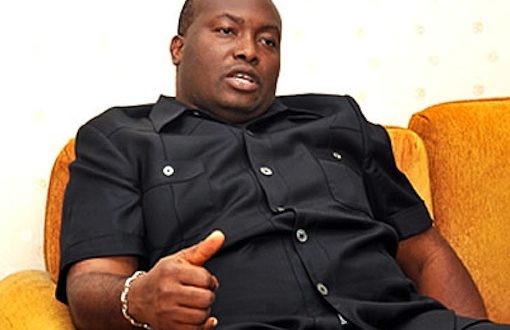 All of us should be vigilant to ensure that we guard against such economic sabotage. Of course, the world has gone very far. I think there should be proper scientific surveillance of all critical economic infrastructure by deploying the most modern and sophisticated surveillance equipment.

You see what happened to a minister in China, who was caught in an issue concerning verification of drugs. He took drugs not properly verified into the country and the Chinese knew it would have effects on its imports and exports. The minister was dealt with. But in Nigeria, the corruption is such that if you soft-pedal on saboteurs, the economy will suffer for it. Besides, the worst kind of corruption is not about money hidden in boxes or apartments, the worst corruption is institutional corruption.

For instance, you saw what happened in the Rivers State elections. It was because there is no serious law on electoral fraud, and the leaders know this.

Also, you look at the armed forces where the government bust cabals involved in the misappropriation of money meant to procure arms and ammunition. Such acts of corruption should attract the death penalty.

This is because you have to consider how many soldiers were killed as a result of that corrupt act. Therefore, the aspect where I consider death penalty as essential is on institutional corruption.

Economic sabotage is a crime that cripples the economy and affects ordinary people. We had a presentation last Friday to the Chief Prosecutor of the International Criminal Court and someone argued that financial crimes and corruption should be treated as war crimes and that the ICC should be interested in such crimes, and I quite agree. Basically, economic sabotage should not attract the death penalty; maybe a life sentence, maximum.

For me, I think economic sabotage and corruption fall into the same category, but I am not one of those who support the death penalty. I believe a life sentence is okay, life sentence without option of parole is what I would be pushing for.

Nigeria is not a police state and we are not under military rule. Those formulating the laws are human beings; they are part of us and our representatives. So, we must formulate laws that reflect fairness, equity and justice must be seen to be done. I would be pushing for a life sentence, not the death penalty. I believe it will discourage people from engaging in economic sabotage.

At the moment, government is not doing enough to curb economic sabotage or punish those involved in it and as a result, people are taking advantage of the system to perpetrate economic crimes. People take advantage of the system because they know that nothing would happen to them; there is no form of deterrence whatsoever. If there were, people would become extremely careful. Once they know that certain actions would attract maximum of life sentence or minimum of 20 years, they become careful and the possibility of doing the right thing would be there.

I think we need to revisit our laws and make appropriate legislations. The issue of people peddling political influence and politicising issues is another matter. An indicted person may just call his godfather and the case against him may be abandoned or dropped.

That is a major issue we are having, but we must strengthen institutions and de-emphasise the individual influence, but because there are so many strong men and weak institutions, the institutions don’t work.

Economic sabotage includes, but not limited to embezzlement of public funds meant for developmental projects of all sorts, pipeline vandalism, budget padding, diversion of public funds into private accounts and mindless looting of state or local council allocations, among others, which makes it difficult to execute viable projects beneficial to the people.

In other words, economic crimes retard general growth and development of the country, state or councils and negatively impact on the lives of the people. Many countries of the world enact laws to prevent those elected or appointed into positions of trust from deploying the privileges of their offices to the disadvantage of the people whose trust they enjoy.

The absence of economic crimes, as listed above, guarantees even and rapid development. The government would be able to provide potable water, good roads and jobs. There will be execution of power supply projects, construction of hospital facilities, provision of drugs and execution of school projects, among others. To do otherwise means that when people are sick and go to hospital, there won’t be drugs or where there are drugs, government won’t be able to subsidise such drugs, as it is common overseas.

It equally means that government programmes and projects would suffer, while those who embezzled such funds live large with their families.

Over the years, many people have lost their lives because hospitals in countries like Nigeria, where economic crimes are rampant can’t provide drugs or fix the roads. I advocate death penalty if people die as a result of their unconscionable activities; they deserve maximum punishment.

I am not in support of death sentence for perpetrators of economic sabotage. Although the crimes are grievous, we should remember that lives should not be terminated at will. Death sentence, in my opinion, should be for those, who take up arms and take the lives of innocent persons.

Even at that, we should look at what is happening all over the world, death sentence is fast becoming archaic and many countries are running away from it. How many of those sentenced to death in Nigeria have you seen executed? The governors are not willing to sign their death warrants and these condemned criminals most times, ended up spending years in prisons.

Truthfully, economic sabotage is a premeditated action. The culprits have thought much on their proposed intent and strategies on logistics.

In other words, engagement in economic sabotage will, without doubt, adversely affect key sectors of the nation’s economy and limit the quality of lives in the country. In the growing agitation for attention for the nation’s cash cow, some disgruntled elements capitalised on the dysfunctional alliance of various ethnic groups across the nation.

To such a citizen whose deliberate act has caused disruption to a thriving economic system, he/she could be put away till ‘thy kingdom come’ and not to put such to death. The Almighty God gives life and He alone reserves the absolute power to claim the life itself. Against this divine wisdom, let nations of the world find the space in their judgment books to stop applying the capital punishment.