Shooting At GOP Baseball Practice Seems To Have Been Spontaneous, FBI Says 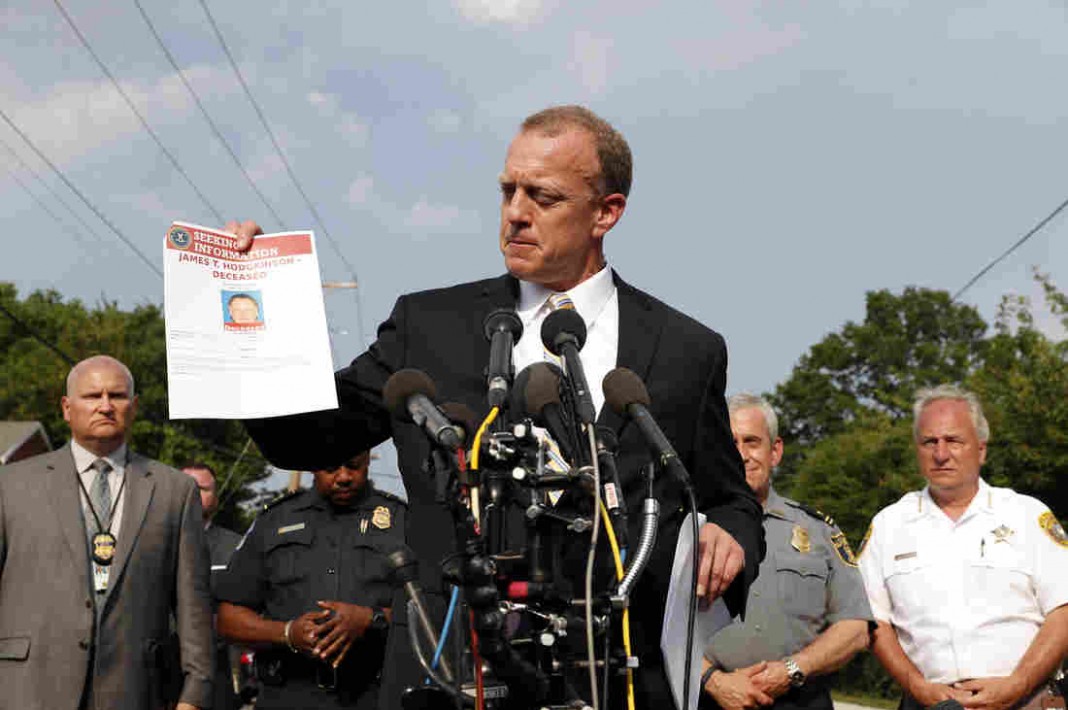 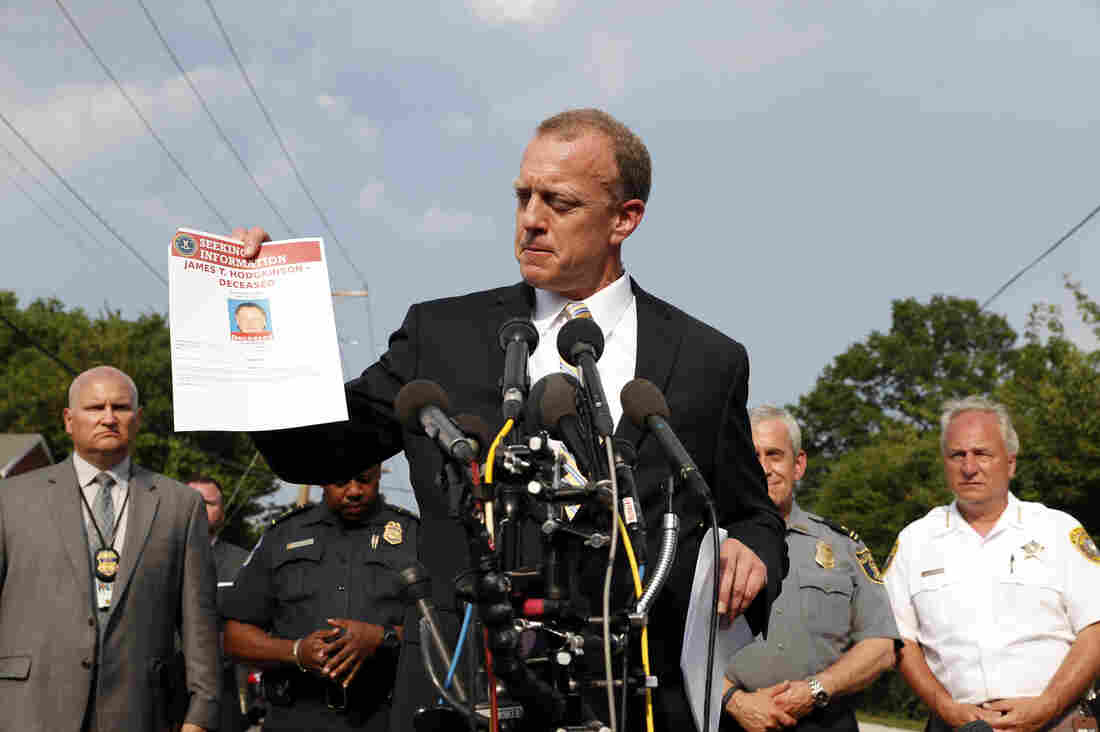 Tim Slater, special agent in charge of the FBI’s Washington Field Office, holds up a flyer looking for information about shooter James T. Hodgkinson at a news conference a week ago in Alexandria, Va. Alex Brandon/AP hide caption

Tim Slater, special agent in charge of the FBI’s Washington Field Office, holds up a flyer looking for information about shooter James T. Hodgkinson at a news conference a week ago in Alexandria, Va.

A top FBI official says the man who opened fire at a Republican baseball practice a week ago didn’t appear to be targeting a specific individual, and that the attack appears to have been spontaneous.

James T. Hodgkinson was killed by police after he fired more than 60 shots at GOP congressmen, staffers and police at a baseball field in Alexandria, Va., last Wednesday. House Majority Whip Steve Scalise was hit by gunfire in the attack, along with three other victims.

The FBI said at a news conference on Wednesday morning that their investigation so far indicates that Hodgkinson acted alone and they have not found a “nexus to terrorism.”

Tim Slater, the special agent in charge of the FBI’s Washington Field Office Criminal Division, said Hodgkinson was “struggling in all kinds of different ways” at the time of the shooting.

Hodgkinson left his home in Belleville, Ill., in March and drove to the Alexandria area, where he had been living in his car at a YMCA across the street from the baseball field. He was having marital problems, Slater said, and was running out of money around the time of the attack.

“On the shooter, we found a paper that contained the names of six members of Congress,” Slater told reporters, though he did not characterize it as a hit list. Slater did not identify which party those lawmakers belong to, whether they had anything in common or whether they were present at the practice.

Additionally, Slater said Hodgkinson did not appear to have had specific targets or “an agenda to actually follow through on these six individuals. No threats.”

Some signs suggest that Hodgkinson might not have known about the daily GOP practices ahead of this year’s Congressional Baseball Game. For example, Slater said, a witness told the FBI that on the morning of the shooting, Hodgkinson asked him, “Is this the Republican or Democratic baseball team?” When he heard the players were Republican, the witness said he lingered near the field.

The FBI so far has not found evidence that Hodgkinson searched the Internet for the baseball practice or the charity baseball game, Slater said.

A family member has told the FBI that two days before the shooting, Hodgkinson said he wanted to return home to Illinois. The evening before, Hodgkinson was searching Google maps for routes from Alexandria, just south of Washington, to his home in Illinois.

The FBI also said Hodgkinson purchased the two guns he used in the attack legally, through federal firearms licenses.

Hodgkinson also frequented a local library during his time in the Alexandria area and, based on photographs found on his cellphone, saw various sites in D.C., such as the Supreme Court, the Library of Congress and the Washington Monument. He also visited the office of Senator Bernie Sanders, Slater said.

The FBI also said Hodgkinson had been renting a storage unit in the area since April 16, where investigators say they found a laptop, more than 200 rounds of ammunition, a receipt for a gun purchased in November 2016 and rifle components.