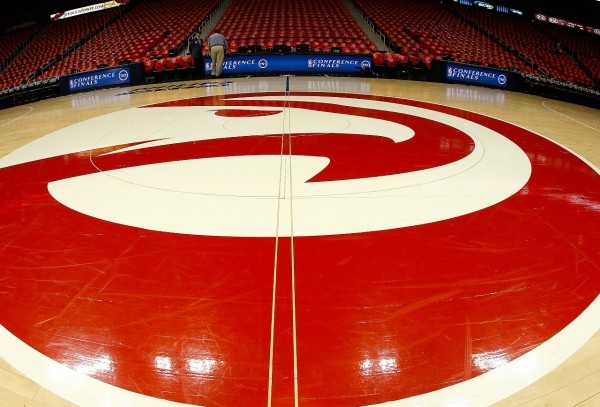 No. 2. Steph Curry stays grounded— For a two-time MVP, product pitchman and star with the most visible team in basketball, Steph Curry remains refreshingly humble, grounded and approachable. Much of this is due to his upbringing at home, and also at school, where at Charlotte Christian he was just another student — one with a developing jump shot. John Wilner of Bay Area News Group examined how all of this happened at the school and why Curry still keeps in touch:

In a high school office 3,000 miles from Oracle Arena, Shonn Brown and Chad Fair typically begin their chats by marveling at Stephen Curry’s  latest feat. The exchanges quickly veer in directions unlike those of any other Curry conversations on the planet.

“Have you talked to him lately?”

“That facial hair is something else.”

Any commentary on Curry’s physical appearance — or his emotional state, for that matter — is understandable. Fair and Brown knew him long before he became the baby-faced assassin.

Brown was Curry’s basketball coach at Charlotte Christian School, while Fair taught a class in theater production that Curry took as a senior-year elective.

Together with Bob McKillop, who coached Curry during his three seasons at Davidson College,  they form an oft-overlooked segment of Curry’s inner circle — at-the-ready to listen or advise, gatekeepers to his shrinking privacy, holders of his eternal trust.

That Curry has carried the relationships through his ascent to superstardom speaks not only to their values but also,reflectively, to his:

To his desire to stay centered, to keep his faith and humility and to retain the part of him that existed before the SC30 phenomenon.

“They all shaped me,’’ Curry said after a recent practice.

“I took part of their characteristics, and added it to mine.

“You can get lost in the day-to-day grind in this league and the drama and the expectations to perform. It’s kind of a bubble …They give me a fresh perspective.”

Asked about Brown’s lasting impact on his life, Curry drops his head and let loose a slight grin.

“He saw me when I was 14, 16, 18 years old, and those were some interesting years,’’ he said of life as a teenager. “But he set the vision for what I could accomplish going forward in life, not just in basketball.’’

Despite his scrawny frame, Curry was skilled enough as a freshman to play on the Charlotte Christian varsity. But Brown vetoed the idea and instead placed Curry on the JV.

Brown, it seems, was playing the long game — the lifelong game.

“We wanted him to run the JV so that going into the next year, he would be ready,’’ Brown said. “It would make the transition easier, so he could develop the confidence to lead the group.

“If he was on the varsity (as a freshman), he would have gotten minutes here and there. But what good would that have done? We set him up to have a major role when he got there.

“We talked a lot about the legacy he would leave for Charlotte Christian.  We talked about what it was like to be a man. We call it salvation and sacrifice. Now you look at how he sacrifices for the Warriors, how he manages his home life.”

They still talk, Curry and Brown. They talk and they text and they see each other when Curry visits Charlotte during the season or when Brown lends a hand at Curry’s summer basketball camp.

“I remember telling him that I appreciated him letting me work his camp,’’ Brown said.

“And he kind of looked at me funny and said, ‘You’re coach Brown. You’re my coach Brown.’’’

Like Fair and McKillop, Brown takes great care never to ask for anything. With all three — as with Curry’s immediate family and other close friends — the aim is to help keep the walls from closing in.

“I’ll say, ‘How are you doing with everybody pulling at you?’’’ Brown said. “I don’t tell him what to do. Instead, I say, ‘I’d ask you to strongly consider.’

“And it doesn’t fall on deaf ears.”

No. 3: Bulls wonder what-if with LeBron — LeBron James has dominated the Eastern Conference not unlike Michael Jordan back in the 1990s, having reached his seventh NBA Finals (and counting?). Jordan did take a sabbatical between three-peats, leaving many to wonder if he could’ve won eight straight East titles. Anyhow, Jordan’s old team had a chance to get LeBron seven years ago when James turned to free agency and eventually the Miami Heat. But how close did the Bulls get to signing Jordan? KC Johnson of the Chicago Tribune recently explored that topic:

As the car carrying the Bulls contingent traveled to the Cleveland airport on July 3, 2010, cautious optimism hung in the air.

Jerry Reinsdorf, John Paxson, Gar Forman and Tom Thibodeau had just spent three hours at a downtown Cleveland office building, pitching LeBron James and his representatives on why choosing the Bulls in free agency would lead to a reprise of the Michael Jordan-led dynasty and multiple trips to the NBA Finals.That happened. It just didn’t happen with the Bulls.

On Thursday, James will lead the Cavaliers into a third straight showdown against the Warriors in the NBA Finals. It’s James’ seventh straight Finals appearance since he listened to Reinsdorf pitch global business and marketing opportunities, pairing the Bulls’ and James’ brands, while he connected with Thibodeau on many aspects of basketball philosophy.To this day, plenty of skepticism exists throughout the league that James and Dwyane Wade, who had taken two meetings with Bulls brass over the previous two days, entertained the Bulls seriously.

But in October, Wade confirmed what the Tribune and another media outlet reported at the time: that the Bulls were a Luol Deng trade to the Clippers away from possibly landing the same Big Three — James, Wade and Chris Bosh — that took the Heat to four straight NBA Finals.

Consolation prizes have become the norm in the Eastern Conference. And it’s not like the Bulls didn’t know what was coming in 2010 when they traded Kirk Hinrich to the Wizards for basically nothing but salary-cap space to try to land James and Wade. The Deng deal with the Clippers would have created the space to add Bosh.

James’ teams have ended three Bulls seasons since that free-agent pitch — as well as the one just before it in 2010. That includes 2011, the Bulls’ lone conference finals appearance since the Jordan era ended, back when Derrick Rose’s knees hadn’t betrayed him and the future looked bright.

James’ hold on the Eastern Conference continues to have ripple effects beyond the fact Wade wouldn’t currently be a Bull if James hadn’t left the Heat in 2014 to go back to Cleveland.

No. 4: Former Cavs No. 1 pick wants a re-do— Although the painful memory has faded because LeBron James has uplifted the franchise, it wasn’t too long ago when the Cavs were haunted by taking Anthony Bennett with the first pick overall in the draft. That didn’t work out so well, and Bennett was a throw-in for the trade that brought Kevin Love to Cleveland. After bouncing around a few years in the league, Bennett took his battered reputation overseas and can now call himself a champion, if nothing else. He won a Euroleague title recently and hasn’t given up hope of returning to the NBA and rewriting his career. Here’s Jason Gonzalez of the Minneapolis Star Tribune with the details:

Anthony Bennett, one of two former No. 1 draft picks traded to the Timberwolves for Kevin Love, hopes to have the “last laugh” in his basketball career.

The 24-year-old forward played just 72 seconds in the title game and did not score. However, Bennett, who was traded to Minnesota in 2014 from Cleveland with No. 1 pick Andrew Wiggins, apparently still has confidence he can be the basketball star NBA scouts projected he would become.

Leading up to the final game of the EuroLeague championship, Bennett told reporters “I feel I have the last laugh. I just turned 24 years old, lot of time left.”

Bennett’s statement comes after yet another year of disappointment in the NBA and now the EuroLeague. He was waived by the Brooklyn Nets in December and cut by the Turkish basketball club in May. Fenerbache gave Bennett a second chance as a late postseason roster addition, but he received little playing time.

The former UNLV star struggled as a rookie in Cleveland and showed little improvement in Minnesota. He averaged career highs of 5.2 points and 3.8 rebounds per game, but only started three games and eventually sustained a right-angkle injury. Bennett, 6-8 and 245-pounds, played in just 57 games with the Wolves and was waived in September 2015.

Bennett  then signed a one-year deal to play in his hometown Toronto, but again struggled and eventually assigned to the Raptors’ D-League affiliate. He briefly returned to Toronto and was released in March 2016.

The Nets’ experiment with Bennett lasted just 23 games. He made his first start for Brooklyn Dec. 3 and totaled a career-high 14 rebounds. He was waived by the Nets Jan. 9, 2017.

Fenerbahce signed Bennett days later. He was cut by the club in May and then resigned during EuroLeague postseason. Bennett averaged nine points, 6.4 rebounds and 22.4 minutes in seven games with Fenerbahce.

Maybe the title experience will inspire Bennett to prove all the skeptics wrong and find his way back into the NBA. If not, the “last laugh” may be enjoying the $15.5 million he made in four NBA seasons.

Some Random Headlines: Kevin Love doesn’t think Cavs are underdogs … Is JR Smith the best bad-shot maker in the NBA? He’s a strong candidate, and here’s a compilation of his greatest hits … Mike Brown still has the itch to be a full-time head coach again. His stint with the Warriors is aiding his cause … The Orlando Mahic hope to move on from the past with their newly formed front office … The Philly media is all-in on the Sixers drafting De’Aaron Fox with their first pick in the draft … Speaking of the Sixers: Remember Shane Heal, the pesky guard from Australia who had a cup of coffee in the NBA? Well, he and Sixers coach Brett Brown are on the outs … So, what do the Celtics do from here? … The Orioles are hoping that Blazers free agent Pat Connaughton signs with Baltimore and not another NBA team … Brandon Roy is on the move again in high school coaching circles … Derrick Favors wonders if he still fits in Utah.