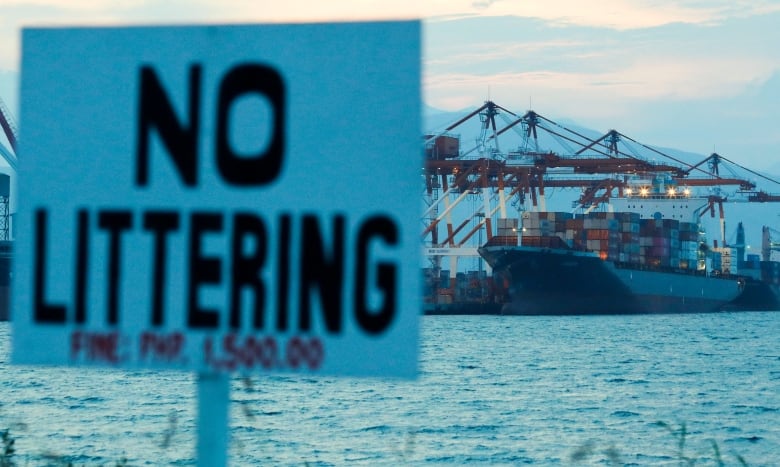 It’s a homecoming unlike any other: 69 shipping containers of garbage — ripened over six years — arrived at Tsawwassen terminal on B.C.’s West Coast Saturday morning.

The Anna Maersk, carrying the containers of Canadian garbage and e-waste, docked just after 7 a.m. Authorities say the containers will be unloaded and held there before being moved to an incineration facility in Burnaby.

A Canadian export company Chronic Inc. — now defunct — originally sent the shipment to the Philippines for recycling in 2013, but eventually it became the centre of a diplomatic dispute after concerns were raised that the containers of plastics had been contaminated with ordinary garbage.

The 1,500-tonne shipment generated protests by environmentalists, and eventually a diplomatic incident. President Rodrigo Duterte called on Canada to take back its garbage by May 15.

When that deadline was missed, he recalled the Philippine ambassador and consuls general last month.

The garbage left June 1 and was transferred onto the Anna Maersk on June 8 in Taiwan for the voyage across the Pacific Ocean. 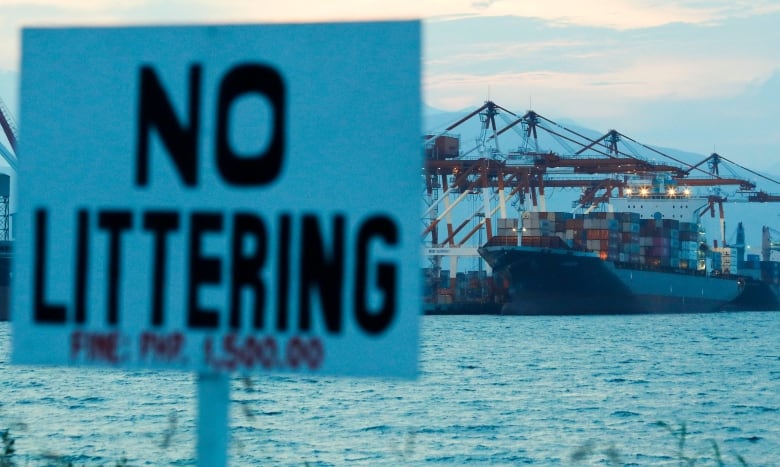 A cargo ship docks at Subic port in the Philippines. The cargo ship was dispatched to pick up and return containers of Canadian garbage. (Aaron Favila/The Associated Press)

Garbage to be incinerated

The federal government is spending $1.14 million to bring the trash back from the Philippines to Canada for disposal.

As the garbage arrives, Chris Allan, who oversees Metro Vancouver’s Solid Waste Operations, says he isn’t too worried about processing the returned trash.

The plant will wait and see whether extra staff are needed to process the work, but the 24-hour facility is not planning on making major changes to its operations to accommodate the new shipment.

“We will be scheduling the material basically to be handled kind of in the evening shift … so that will mean that we will minimize or eliminate any impact on the normal customers that utilize the facility by doing it in the quiet hours,” he said.

He says the garbage will be incinerated and turned into energy — enough, he says, to power 100 homes for a year.

Dianne Saxe is an environmental lawyer and the former Environment Commissioner of Ontario, and she takes an in depth look at Canada’s recycling programs with CBC News Network’s Michael Serapio. 6:24

The incident has prompted a closer look at the practice of dumping garbage from countries like Canada in the Global North to places in the Global South like the Philippines, says Leonora Angeles, a professor at the University of British Columbia’s School of Community and Regional Planning.

In recent weeks, Malaysia and Indonesia have also expressed a desire to return shipments of Canadian trash.

“The reality [is] we live in a hyper consumption culture in the North,” Angeles says.

“In countries like Canada where we have our disposable income that could go into consuming more and more packaged goods, [we] certainly need this conversation to happen not only on the part of consumers, but also on the part of government who regulate the packaging of our goods, as well as industry stakeholders themselves who in the first place make decisions over how their goods are packaged.” 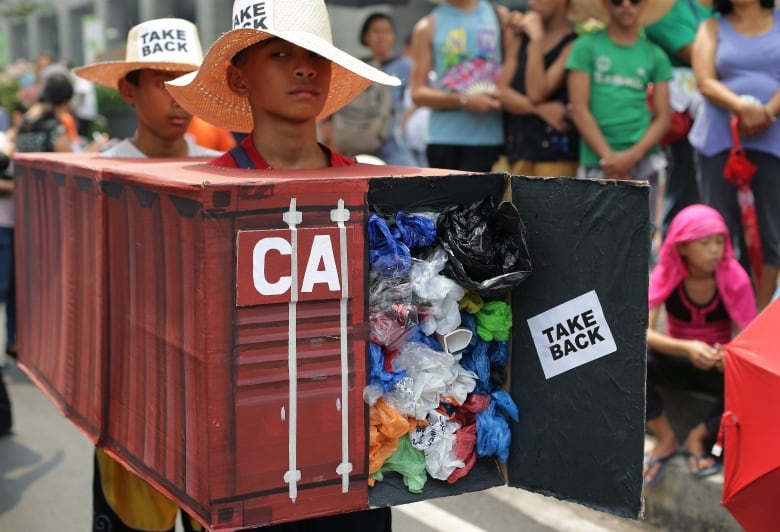 Filipino environmental activists wear a mock container filled with garbage to symbolize the containers of waste that were shipped from Canada to the Philippines, as they hold a protest outside the Canadian embassy at the financial district of Makati, south of Manila, Philippines on May 7, 2015. (The Associated Press)

But Angeles, who is of Filipino descent, says the resolution of the garbage issue is crucial, given the important relationship the two countries share.

“The transnational economic and cultural relations between these two countries is so deep and so dense, particularly because we have more than 800,000 Filipinos now who, you know, call Canada home, not to mention the temporary foreign workers who are working here in Canada,” she said.

“It is the hope of many people within the Filipino diaspora that this garbage issue won’t cause any further strain.”