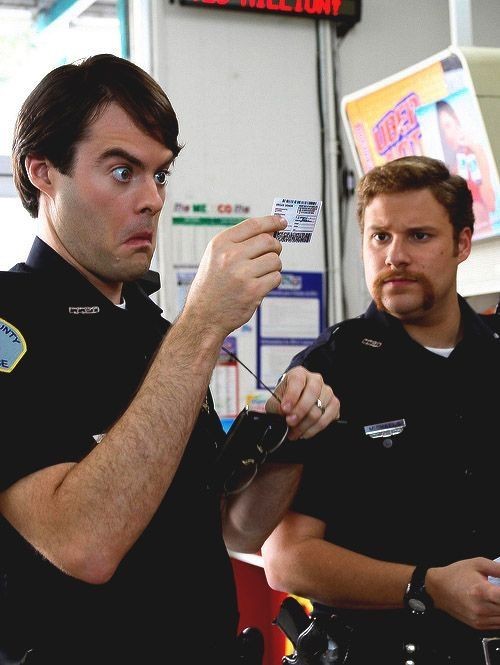 As the cast celebrated the comedy’s ten-year anniversary today, Seth Rogen decided to surprise fans with more than a few fun facts about the big-screen project.

Ladies and gentlemen, who’s ready for some “Superbad trivia?”

In a series of tweets Thursday evening, Seth revealed new stories about the film featuring Michael Cena and Jonah Hill.

“The cast of Jersey Shore confirmed to me that the phrase ‘D.T.F’ or ‘Down To F–k’ is from Superbad,” Seth wrote.

“During the MPAA screenings of Superbad they said we were the first movie to say ‘fingerf–k,'” he continued.

Seth added, “The period blood on the leg scene in Superbad actually happened to my friend at a high school dance and we discovered it after the dance.”

Believe it or not, Superbad really was a huge box office hit and brought in close to $170 million in the United States alone. And if you thought some of the scenes were just unbelievable, you may want to think again.

“Almost all the names in Superbad are people we went to high school with and lots of the stuff in the movie really happened to us,” Seth shared with his followers.

Since the film, Seth has developed even more fans thanks to his roles in Neighbors, 22 Jump Street, Pineapple Express, Step Brothers and countless others. Superbad, however, will always hold a special place in Seth’s oh-so-creative mind.

“Anyway, if you dig Superbad, thanks for digging it,” he wrote on social media. “I wrote it with my best friend in high school and we still write together. It’s lovely.”

Read all of Seth’s fun facts about Superbad on his Twitter feed now.