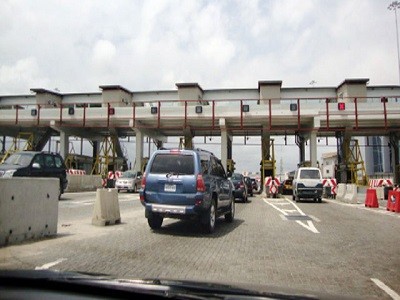 The Senate is proposing the return of tolls on federal roads and the setting aside of 0.5 per cent of transport fares paid by mass transit passengers for inter-state trips to generate funds for the rehabilitation and maintenance of roads in the country.

A levy of N5 will also be imposed on every litre of Premium Motor Spirit (petrol) and Automobile General Oil (diesel) imported or refined in the country for the same purpose.

These were part of the recommendations of the Senate Committee on Works on the National Roads Fund Establishment Bill, 2017 “for the purpose of financing the maintenance and rehabilitation of national roads.”

In the report on the National Roads Fund, the panel listed the sources of funding to include a fuel levy of N5 chargeable per litre on any volume of petrol and diesel products imported into the country and on locally refined petroleum products.

Other sources are axle load control charges and tolls not exceeding 10 per cent of any revenue paid as user charge per vehicle on any federal road designated as a toll road, which will not be applicable to roads under public-private partnership plans.

It also proposed a roads’ fund surcharge of 0.5 per cent chargeable on the assessed value of any vehicle imported at any time into the country, as well as lease, licensing or other fees, which shall be 10 per cent of the revenue accruing from the lease or licensing or other fees pertaining to non-vehicular road usages along any federal road and collected by the federal roads agency.

The National Roads Fund is also expected to generate revenue from grants and loans as well as “gifts of land, money or other property.”

The Senate Committee on Works listed the objectives of the bill to include the establishment of the National Roads Fund “to be a repository of revenues from road user related charges and other sources for financing, which shall be managed and administered for routine and periodic maintenance works on roads in Nigeria.”

It said the proposed fund would provide “predictable and sustainable funding for road maintenance and promote the sustainable management of the road networks; establish the governing board, which shall be responsible for the management of the fund; and create an enabling environment for private sector participation, management and financing in the road sector.”

The lawmakers recommended that the National Roads Fund be established with high level of independence under the jurisdiction of the Federal Ministry of Finance, which would only oversee it for policy direction.