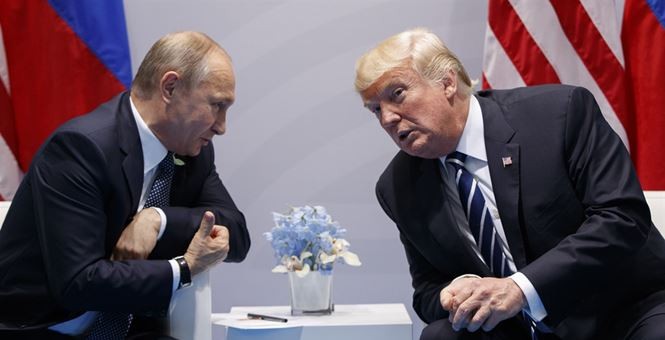 Senate and House leaders struck a deal late Wednesday to send a long-debated sanctions bill imposing new measures against Russia, Iran and North Korea to the president’s desk, after securing promises that Congress will consider even more stringent measures against North Korea down the line.

Senate Foreign Relations Committee Chairman Bob Corker (R-Tenn.) announced that he agreed to have the Senate take up the measure that the House passed Tuesday on a vote of 419 to 3, after House Majority Leader Kevin McCarthy (R-Calif.) agreed that in the near future, the House would “expeditiously consider and pass enhancements” to the North Korea portion of the bill.

Chief among the “enhancements” Corker had sought up to the last minute was a provision that would have given Congress the ability to block the president from being able to ease punitive measures against North Korea in the future.

Such a provision, known as “congressional review,” would have been modeled on similar language in the sanctions bill that pertains to Russia sanctions. In addition to codifying and enhancing existing sanctions against Moscow, the legislation requires the president to notify Congress whenever he wants to change Russia sanctions policy. That notification then triggers a 30-day period in which Congress can vote to prevent the president from easing punitive measures against Moscow.

That level of congressional review is unprecedented in sanctions bills but was roundly popular in Congress, where many lawmakers have been uneasy about President Trump’s apparent coziness with Russian President Vladi­mir Putin. Despite the administration’s considerable efforts to get lawmakers to abandon the congressional review, members and senators endorsed the approach, both for the Russia sanctions in the pending legislation and as a model for future sanctions bills — a reflection of lawmakers’ continuing distrust of the president’s conduct in foreign affairs.

Although House Republican leaders have been noncommittal when it comes to endorsing congressional review as an approach for future sanctions measures, Corker has been one of its most vocal advocates in Congress. He told reporters Wednesday that “most” other senators wanted to see such a provision attached to the North Korea sanctions in the legislation — even threatening at one point to strip the North Korea sanctions out of the bill entirely to force more debate.

Earlier on Wednesday, Corker laid out three options for the Senate: pass the bill as it is, strip the North Korea sanctions provision from it and start negotiating with the House — “which I know they’re adamantly opposed to,” Corker acknowledged — or try to make more changes to the legislation before sending it back across the Capitol.

In a Wednesday morning forum at The Washington Post, Corker appeared to favor taking out the North Korea provisions entirely, telling Post columnist David Ignatius that what “likely will happen is we will strip out the North Korea piece and send it back to them so that the two pieces we’ve negotiated together will remain intact.”

But later in the day, he dismissed his commentary as “just kind of having a flowing conversation” with Ignatius, saying that senators would pick an option “in concert with the House . . . and do it very quickly, because we know they’re leaving on Friday.”

“Last night when we left the floor, that was what was being discussed,” Corker added. “I understand that’s not where the House wants to be, and we’re going to have to figure something out.”

Meanwhile, the House leaders have been growing impatient with the Senate.

“The House passed the Iran, Russia, North Korea sanctions package in a decisive bipartisan vote of 419 to 3, and we look forward to the Senate acting on it without delay,” said AshLee Strong, spokeswoman for House Speaker Paul D. Ryan (R-Wis.).

Last month, the Senate passed a version of the sanctions bill that contained measures against Russia and Iran only by a vote of 98 to 2. But leaders in the House delayed their action over what they identified as a procedural violation of a constitutional rule that all measures that could affect government revenue must originate in the House.

It took some time to iron out a “fix” to that problem, and upon its resolution, House Majority Leader Kevin McCarthy (R-Calif.) officially threw North Korea into the sanctions mix, announcing about two weeks ago that the House would package its bill of sanctions against Pyongyang with the Senate-approved measures focused on Russia and Iran. According to one person with knowledge of the discussions, negotiators were always aware that House leaders had hoped to add a North Korea provision to the bill.

Corker’s timeline of events is different.

“If we had known that North Korea was coming over, we would have been negotiating those over the last six weeks,” he told reporters on Wednesday, adding that “we’ll figure it out. . . . First and foremost is to cause this bill to become law.”

House leaders also stressed Wednesday that taking a stand against North Korea was a matter of utmost urgency.

“The Senate did not take up the bill, even after Kim Jong Un launched a new [intercontinental ballistic missile] that could soon be capable of hitting California,” said House Foreign Affairs Committee Chairman Edward R. Royce, a Republican from that state. “Now the House has acted again, by a vote of 419 to 3. Further delay on North Korea is completely unacceptable.”

The resolution appears to have given leaders in both chambers what they wanted: The House will get the Senate’s stamp of approval for the North Korea sanctions they initially passed as a stand-alone bill in May, and the Senate has secured a promise from the House to debate expanded congressional review authority for North Korea — a move that may set a precedent for future sanctions bills, as the provision is extremely popular with the House’s rank and file.

The precise timing for the Senate to consider the legislation is uncertain, as the chamber is occupied with votes related to health care, but senators are expected to vote on the measure this week.

Mike DeBonis contributed to this report.