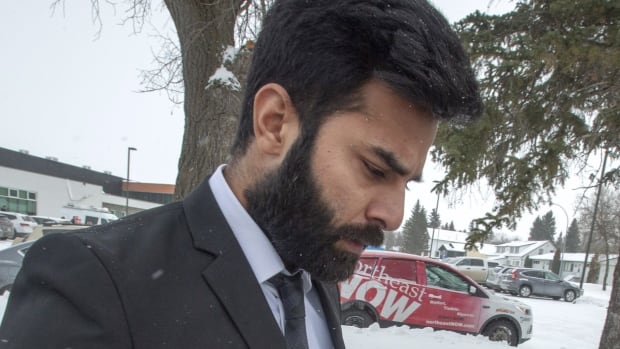 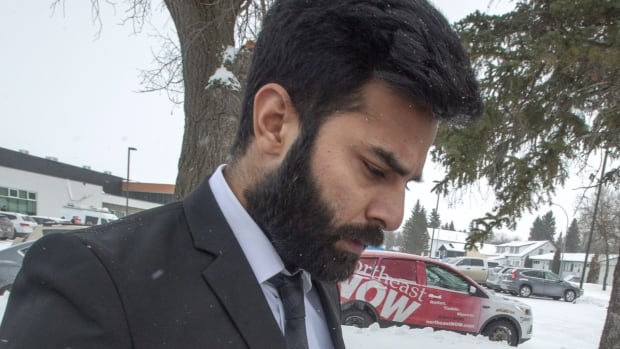 A well-known policy analyst and lawyer believes it’s likely Jaskirat Singh Sidhu will be deported after serving his sentence in Canada.

Last year Sidhu, who is now 30, drove his semi through a stop sign without braking, causing the Humboldt Broncos team bus to slam into the semi’s side. Sixteen people died in the crash and 13 were injured.

During a sentencing hearing this week in Melfort, Sask., the Crown prosecutor advocated for a 10-year prison sentence.

Immigration lawyer Richard Kurland said since Sidhu pleaded guilty to a serious charge, it’s very likely he will be sent back to his birth country of India once he completes his sentence.

“It’s not the sentence that counts,” said Kurland. “It’s the fact that this is an indictable offence.”

Sidhu grew up on a farm in India and followed his girlfriend to Canada in 2013. Sidhu is a permanent resident, not a citizen of Canada.

Under federal law, a permanent resident convicted of a crime that holds a maximum sentence of at least ten years will be deported.

There are few chances of appeal. He could appeal the deportation order if he receives a sentence of less than six months.

“If your actual sentence is more than six months, then you have no right of appeal to the Immigration Appeal Division,” said lawyer Benjamin Perryman. “If you’re above six months, you don’t get this opportunity to argue how serious the crime was, that you’ve been here for a long time, these are your attachments to Canada.”

If he receives a conditional discharge, meaning he would not serve prison time but instead live under certain conditions, he could avoid deportation completely.

“I expect there would be a public outcry from coast to coast to coast, based on the facts, that six months would be the (sentence),” he said. “I, frankly, would find that hard to believe.”

Minister of Immigration, Refugees and Citizenship Ahmed Hussen could refuse the deportation under compassionate grounds. However, in 2009, a driver who killed a woman during a Vancouver street race and fought to stay in Canada on humanitarian and compassionate grounds was deported.

“If a street racer gets removed, what about someone who unfortunately has an event that leads to the loss of life to a large number of people?” Kurland said. “I don’t think the cards are good for this particular individual.”

During sentencing, Sidhu’s lawyer said his conviction would likely mean he’ll no longer be able to live in Canada afterwards, which should be considered part of the punishment. The defence team did not advocate for a specific sentence, but quoted from other dangerous driving causing death cases that involved sentences ranging from two to four years.

“Not only does the judge have to balance sentencing factors, the judge also has to balance the immigration consequences to the person concerned and take into account the impact on the safety of the public as well as the victim’s rights,” Kurland said.

If deported, Sidhu would be sent out of the country after he served his sentence.

Judge Inez Cardinal is expected to release her decision on March 22 in Melfort, Sask.