Selby: ‘All I want now is the big fights’ 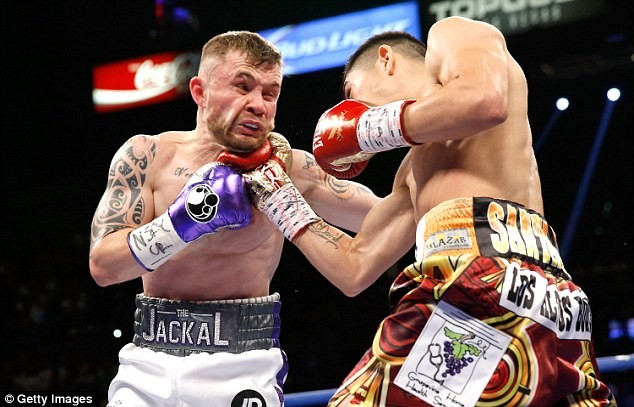 Despite being the prospective challenger, Frampton’s two clashes with Leo Santa Cruz have won him widespread exposure — and Selby is more concerned with acquiring that limelight in the ring than on exerting authority pre-fight.

“I don’t think I’m holding the trump cards over Frampton in negotiations because he’s probably the bigger draw as it stands. Even though he’s not a world champion, he’s higher-profile and has a bigger name.

“It doesn’t really bother me, to be honest, if he’s got the upper hand in negotiations. I’m happy for him to have the lion’s share as long as I get my decent pay because I know I’ll be victorious in the end and then I’ll be holding the cards anyway.

“It’d be nice to fight in Cardiff but we don’t have a suitable arena unless it’s against a really high-profile fighter. The Motorpoint Arena isn’t really big enough and to fill the Millennium Stadium, it would have to be against a big name.

Carl Frampton, right, and Leo Santa Cruz have beaten each other over the course of the last year. Edward Diller/DiBella Entertainment

“All I want now is the big fights. I’ve won the world title and I’ve defended it twice. Now all I want is those high-profile fights.”

Selby told ESPN: “With Quigg, I hold the cards in the negotiations.

“All Quigg did against Simion was try to wear him down with his fitness and strength. Maybe he knew Simion was quite old and thought he’d tire sooner than he did but regardless, Quigg is tailor-made for me.

“It’d be a very entertaining fight if he tries to force it but I think my style simply beats him. I think Eric Hunter, who I defended my title against, would beat Quigg too. A good boxer will always beat a good fighter. I think Fernando Montiel would’ve beaten Quigg in his day and maybe Ryan Walsh would’ve too.”