see his tweets: Senator Omo-Agege denies he stole the mace and was arrested by the police 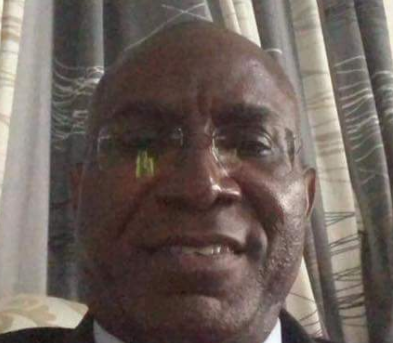 see his tweets: Senator Omo-Agege denies he stole the mace and was arrested by the police

Senator Ovie Omo-Agege has denied reports that he was arrested by the police for allegedly masterminding the invasion and stealing of the mace from the senate chamber earlier today and also stealing the mace. Omo-Agege says he was only invited to state his own side of the story and was released afterwards.

See more of his tweets below 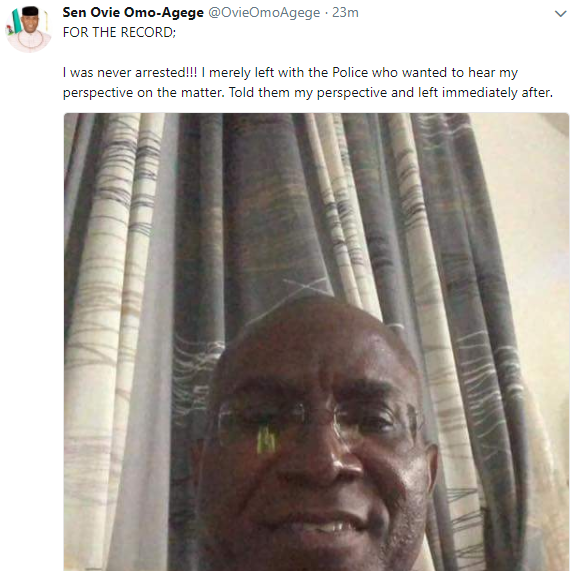 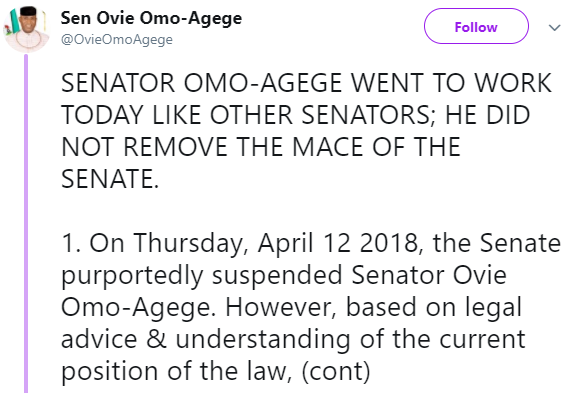 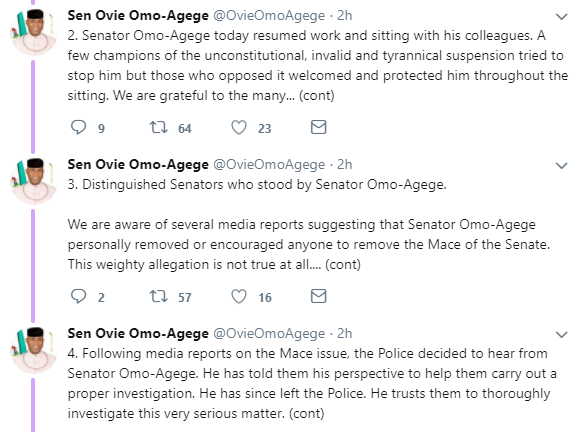 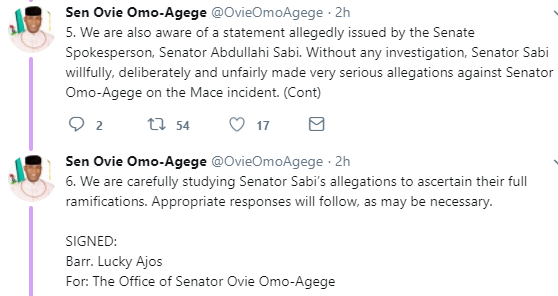