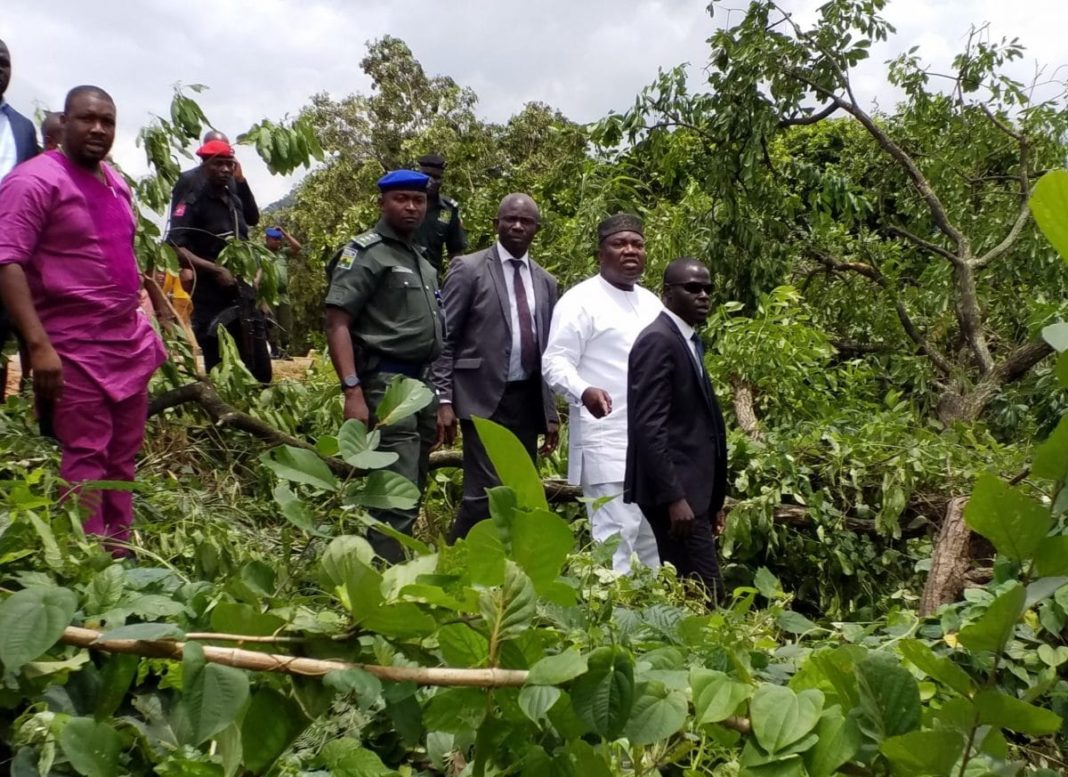 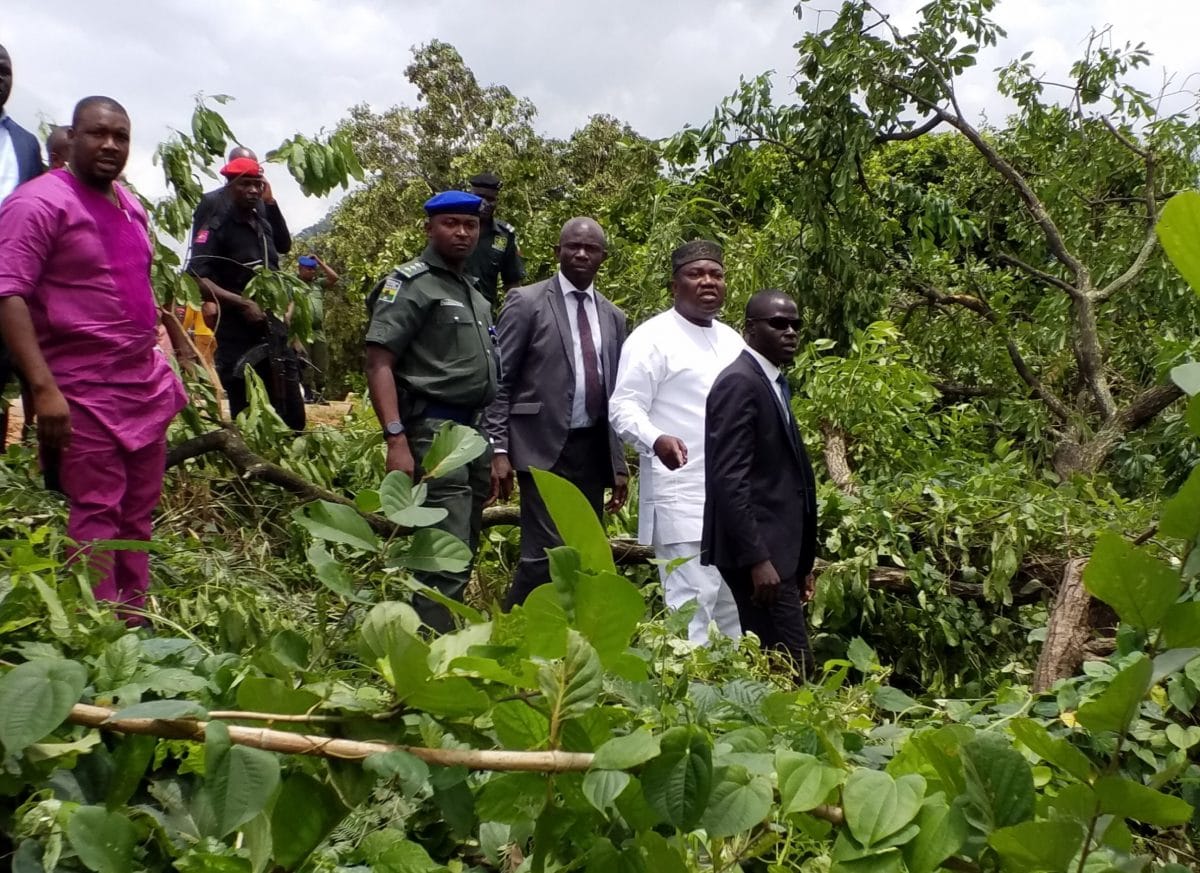 As gov moves to preserve caves, other artefacts
A jubilant crowd today received, Rt. Hon. Ifeanyi Ugwuanyi, governor of Enugu State as he paid a second visit to Awgu in a week, this time into the heart of the forest notorious criminals have used as their hideout.

Clarifying his recent statement on the status of the caves the criminals have been using as their haven, Governor Ugwuanyi said there was no intention at any point to destroy the caves and other tourism and conservation assets within the forest.

He said that following a disturbing security report at his disposal, the government had to take an initial action that would scare the hoodlums out of their hideouts in the forest while preparing to roll out a permanent solution.

Saying that government would not have been expected to just fold its arms in the light of a disturbing security report about the activities of these criminals, the governor said the whole forest would be cleared and opened up to make it unattractive to criminals.

He also said his government will do whatever it will take to make Enugu State unattractive to criminals, adding that he is proud of Enugu’s status as one of the country’s peaceful states and would ensure nobody is allowed to damage that reputation.

He acknowledged that the cost of opening up the forest would be huge but assured of his commitment to find the money, adding that nothing will come between his administration and its strong resolve to ensure the security and welfare of the people of Enugu State and their visitors at all times.

Governor Ugwuanyi used the opportunity of this second visit to reassure the people of his vow to ensure even development of the entire state, adding that opening up the forest will help unleash the agricultural potentials of the area by making it easier for farmers to have access to the farmlands that will come alive in the wake of the clearing exercise.

The governor also said clearing the forests would avail the government a chance to properly harness and develop the tourism potentials hidden in the recesses of these forests, some of which he said have not seen any human activity in generations.

“I have no doubt that our tourism sector will benefit immensely from the caves and other tourism and cultural assets that government activities in the forest will unravel”, the governor said.