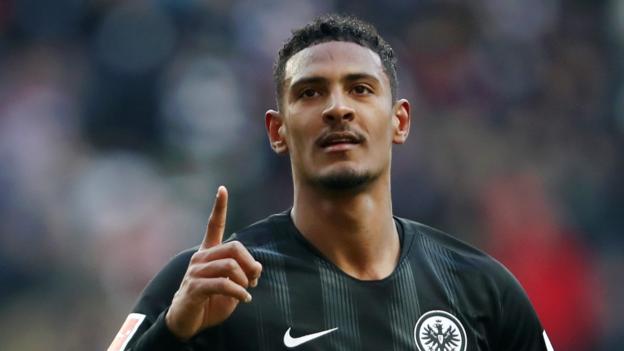 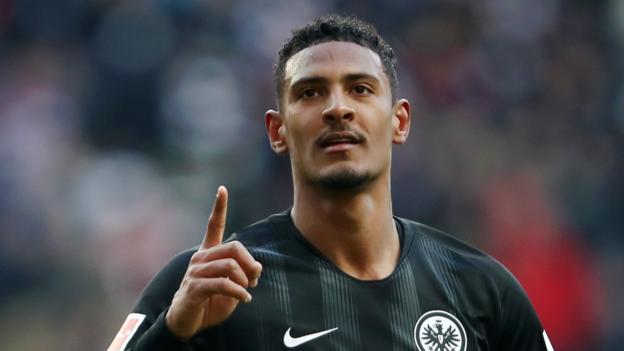 Eintracht Frankfurt striker Sebastien Haller is travelling to West Ham for a medical before a transfer worth up to £45m – a club record for the Hammers.

The 25-year-old former France Under-21 international scored 20 goals in 41 games for the German side last season.

If the deal goes through, it would eclipse the £36m fee paid by West Ham for Brazilian Felipe Anderson in 2018.

Haller has scored 33 goals in 77 appearances in two years at Bundesliga club Eintracht.

He joined them from Dutch side Utrecht, where he scored 51 times in 98 games.

Strikers Lucas Perez, Marko Arnautovic and Andy Carroll have all left the Hammers this summer, and earlier on Tuesday manager Manuel Pellegrini said the club are “trying to bring in good players”.