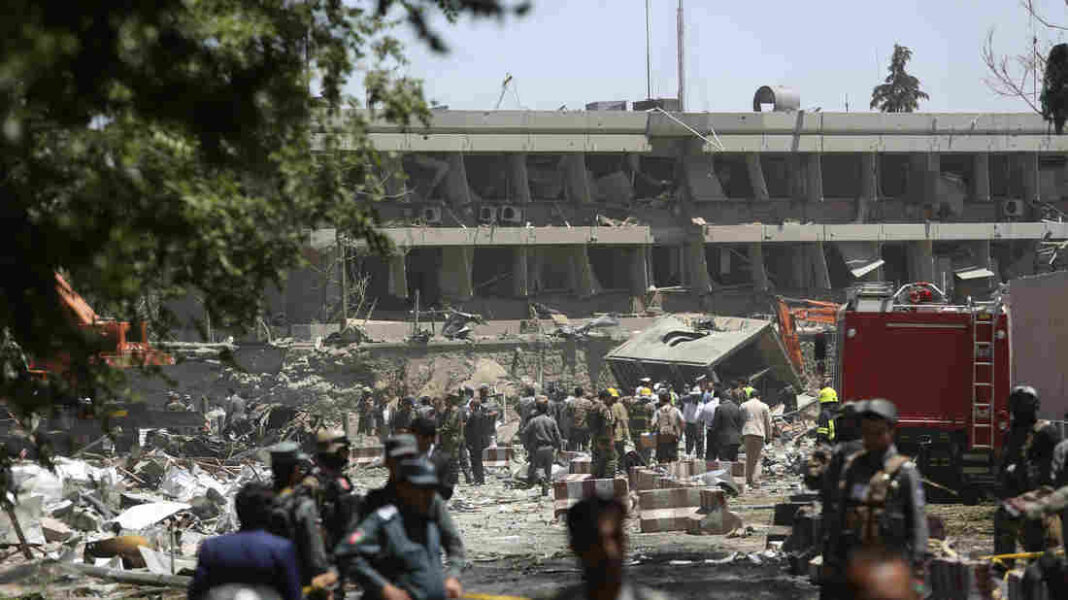 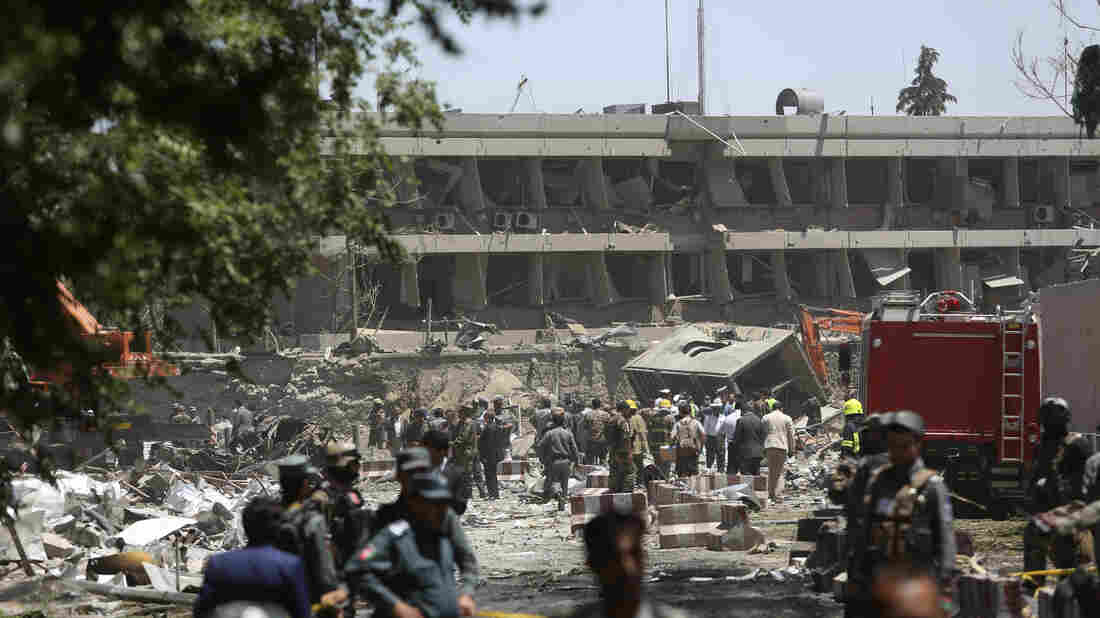 Security forces inspect near the site of a massive explosion where the German Embassy is located in Kabul, Afghanistan, Wednesday. Rahmat Gul/AP hide caption

Security forces inspect near the site of a massive explosion where the German Embassy is located in Kabul, Afghanistan, Wednesday.

The Associated Press reports, “The Afghan interior ministry says 64 people were killed and as many as 320 were wounded.”

Reuters put the toll even higher, reporting, “At least 80 people were killed and 350 wounded in Kabul, a public health official said.”

“The car bomb exploded at the height of the morning rush hour on one of Kabul’s main streets. Not far from the German Embassy, at the entrance to the offices of a major Afghan cellphone company and popular TV station.

“It’s not clear what the target was, but as is often the case, many civilians were injured by the blast.

“A mile away there was first a low rumble like an earthquake, then the shockwave from the blast followed and blew open doors and windows. Closer to the explosion it shattered glass in homes, offices and cars.

“Both the Taliban and Islamic State have stepped up attacks on Kabul and elsewhere in Afghanistan.”

So far, no group has claimed responsibility for the bombing.