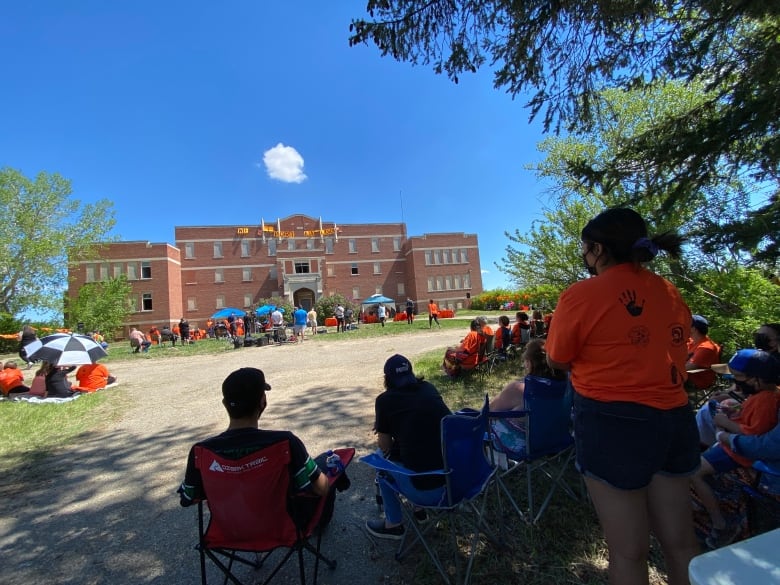 The Saskatchewan government has committed $2 million to support searches of former residential school sites in Saskatchewan.

First Nations, Métis and Northern Affairs Minister Don McMorris made the announcement at a news conference on Friday afternoon.

“It is clear that research and exploration into undocumented deaths and burials must be carried out in Saskatchewan,” McMorris said.

“It will be a challenging and emotional road for all of us, but one that we must walk together because it is the right thing to do.”

McMorris said the funding will be provided to the Federation of Sovereign Indigenous Nations (FSIN), which represents 74 First Nations in Saskatchewan.

Cameron welcomed the news, but said this is only the first step on the path toward reconciliation.

“It’s going to enhance what we expect during this whole journey with our survivors and their descendants. Their input, their guidance is going to drive this whole process,” Cameron said.

“We will not deviate from their direction or advice. It’s going to be a long process, a healing process and we’re going to see this to the end.”

A request for comment with Crown-Indigenous Relations and Northern Affairs Canada was not returned by deadline.

Blue Sky47:39Moving beyond the outpouring of grief — reconciliation and healing after residential schools

The announcement comes after the Tk’emlúps te Secwépemc First Nation in British Columbia announced the preliminary discovery of unmarked burial sites containing the remains of 215 children at the site of the former Kamloops Indian Residential School last month.

Premier Scott Moe said earlier this week at a virtual news conference following the annual Western Premier’s Meeting that the province would provide funding for the search of former residential schools, but would not provide a dollar amount at the time.

However, it is likely that the list could grow.

The FSIN says it is working on its approach to supporting First Nations across the province that have already announced intentions to carry out investigations of their own.

The Star Blanket Cree Nation has said it will begin searching for graves at the site of the Whitecalf school in southeast Saskatchewan.

Those are three of the 20 federally-operated residential school sites the Truth and Reconciliation Commission identified in Saskatchewan.

Although the final Truth and Reconciliation Commission report said 566 children died while at residential schools in Saskatchewan, it also made clear that those confirmed cases form only a “partial record.”

The remains of 191 of those children confirmed to have died in Saskatchewan remain unidentified.