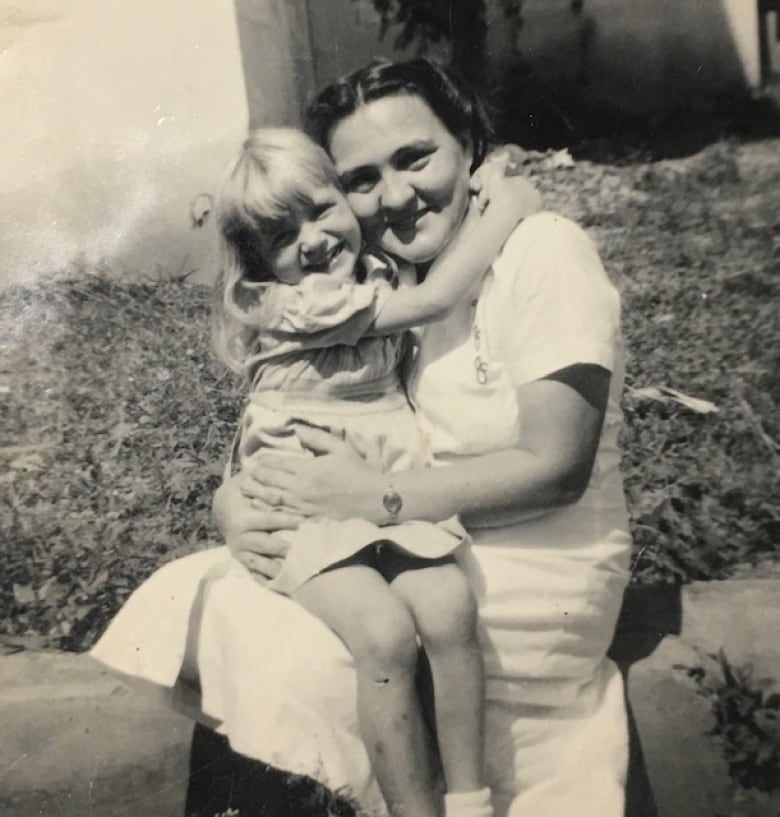 A woman who grew up playing piano and accordion in Barbados and died after years of experiencing homelessness in Hamilton is at the heart of Denise Davy’s new book, Her Name Was Margaret: Life and Death on the Streets.

Margaret Jacobson — known at the shelters as Princess Margaret — started having symptoms of a complex form of schizophrenia at age 14. In 1986, she was without a permanent home full time.

The book “interweaves her life with this history of psychiatric care in Canada,” Davy said, to show how the system failed her and so many others.

“My goal was to make her life matter and to make sure she wasn’t forgotten. Hopefully the book did that.”

Davy pored over pages of Margaret’s medical files — 869 pages worth — from the Hamilton psychiatric hospital. That opened up her entire life.

For Margaret, it was a “revolving-door cycle” from hospitals to boarding houses and onto the street. After some time, she’d be back in hospital with three-inch-long fingernails, lice in her hair, and cuts and bruises on her body.

Sometimes she was described as “catatonic.”

But despite her health, Davy said, the notes in her files would soon call for her release. Davy said Margaret was forced out by a strong pressure to close beds and hospitals.

“I first thought I was writing about one woman’s story. But as the research progressed, I realized that this was the story of tens of thousands of people.

“These were people who were psychiatric patients who were the victims of deinstitutionalization.”

The people behind the statistics

Davy, a longtime reporter who covered social issues at the Hamilton Spectator, remembers meeting Margaret for the first time on a cold night in December 1993 at the Wesley Centre. Margaret showed up at midnight.

Davy said she had never seen someone so worn down.

“I can’t exactly explain it. I just know that when I saw her, I absolutely had to write her story,” she said. “Talking about it now, I get choked up.”

Davy had been writing an article on homelessness. After becoming frustrated with the statistics, studies and reports, she asked her editor for permission to spend a night with the people who were actually living the experiences.

They spoke for 45 minutes. Her parents were missionaries and moved to Cambridge, Ont., after Margaret’s severe signs of schizophrenia arose. The resources available in the Caribbean where she was raised weren’t enough, Davy said.

By age 17, Margaret was put into a psychiatric hospital, and two years later, the whole family moved to the United States. From age 21 to her death in 1995, she saw her parents twice.

‘Dumped onto the streets’

Davy, from Burlington, Ont., described homelessness as a “man-made” problem created by a Canadian government that slashed services for people with mental illness. A plan that started in the ’60s aimed to empty psychiatric hospitals and put people in supportive housing so they could “thrive.”

“All those people were basically dumped onto the streets,” she said.

Margaret had no supports, family or “warrior friend” to advocate for her, Davy said. She was expected to take her medication and take the bus to the hospital. In short time, she would forget.

The hospitals were cold and sterile, Davy said. Margaret would get food, medication and her sheets changed. She took typing classes and pottery, but also spent a lot of time smoking and watching TV.

“It’s not that she was completely happy, but she needed that level of intensive care,” Davy said.

After 24 years of shock treatment, medication, and being pushed in and out of the hospital, Margaret rejected all forms of institutional care, she said.

A solution to homelessness

Davy said that when she speaks at book clubs, there are often people overwhelmed with it all. The reality, she said, is homelessness is not a problem without a solution.

“If people really knew the truth, I think they’d really be outraged.”

In an interview with Brother Richard MacPhee, executive director of Good Shepherd Centres, Davy asked whether there are “Margarets” on the streets today.

“Absolutely. There are more Margarets today,” she remembers him saying.

The Canadian Mental Health Association of Ontario estimates 25 to 50 per cent of homeless people live with a mental health condition.

Somehow, she said, Margaret kept going in the face of obstacles. When she died at age 51, Davy said, it took four 911 calls to get someone to help her.

No one knew for a week that she had been buried, Davy said. The news only got out when her friend went to pick up a welfare cheque.

“It’s not a mystery,” she said. “We know some of these things work, and we just don’t have enough.”

Kalinowski said she’s read Davy’s book “cover to cover,” and liked that it put a human face on the complexities of homelessness.

“We tend to look at homelessness and the people experiencing it as a social issue rather than being in touch with the humanity of individuals and the strengths and struggles that they’re having.

“There are just so many layers to this, and I think Denise’s book took that nuanced approach.”

For the past four years, Davy has been collecting gently used purses and toiletries as part of Purses for Margaret, which provides them to Mary’s Place, a Hamilton shelter for women.

Members of Margaret’s family who had lost connection with her — a younger brother in Beijing and nephews in the Unites States — wanted her story to be told. Davy said they grew up hearing her name in whispers.

She hopes to amplify that name and voice.

“When you know someone’s name,” Davy said, “it’s harder to look away.”

Her Name Was Margaret: Life and Death on the Streets was published in February by Hamilton-based Wolsak and Wynn Publishers.