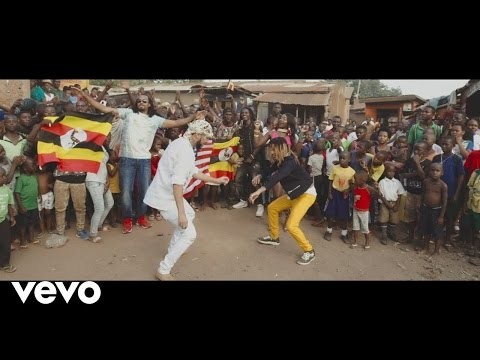 A 14-man South African ‘A’ side seemed to get stronger as their numbers declined to record a massive 48-28 win over the French Barbarians in the second and final match in the series between the two sides at Orlando Stadium in Johannesburg on Friday night.

Southern Kings flanker Chris Cloete and Vodacom Bulls fullback Warrick Gelant scored a brace of tries each as the SA ‘A’ side outscored their opposition six tries to four and added the victory to their 36-28 win over the French last weekend in Durban.

Lock Ruan Botha looks set to face further censure after receiving a red card for charging into a ruck with an elbow and connecting to the head of a French player in the process.

Botha may miss some of the last part of the Super Rugby competition for the incident, something which is unlikely to make his Cell C Sharks coach Robert du Preez happy.

But the call was fair and justified as referees have made it clear that contact with the head will be dealt with harshly this season.

Still, even losing Botha didn’t hit the team as hard as it could have and they seemed to only grow stronger in his absence as they dominated the loose, used their strong defence to their advantage and watched as their backs often found holes in the opposition’s defence.

And while last week in Durban it was a slugfest that the A side won in the end, this time around it was a much more defined affair, with the French never coming close to a victory on the Highveld.

In the process a number of players enhanced their reputations, including Cloete, Gelant, lock Jason Jenkins and prop Ox Nche, the latter who scored a try that any back would have been proud of.

Seabelo Senatla was full of running although the ball didn’t always go his way, while Fred Zeilinga was a cool head with the amount of good ball he received and a dead shot with the boot.

In all, coach Johan Ackermann will be pleased with the two wins over the French, which showed there is still a lot of depth in South African rugby with a number of players looking at home on the international stage.

It took just 70 seconds for the SA ‘A’ side to make an impression as Bulls fullback Gelant showed a silky step to flummox the defence, carve his way through the line without a hand being laid upon him to sprint 50 metres to score a superb try.

The French hit back straight away though, as they surged upfield, with Frederic Michalak on point with a perfect grubber to put Lucas Dupont into the goal-area to score the try.

With the score levelled, Cloete finally got some reward for his good work as he bounced off three tackles from close range to power his way over and give his side the lead again.

But yet again the lead was nullified when the French came into the SA ‘A’ 22-metre area for the second time, this time using a rolling maul from an attacking lineout to power their way over, with Fabrice Esterbanez emerging at the bottom of the pile.

On the half-hour mark there was another show-stopping moment, this time from prop Nche, who took the perfect offload from Jason Jenkins in space, pinned his ears back and made a run that every front row forward dreams of, accelerating the 35 metres to the line with ease to dive over the line in glory.

At 21-14, the SA ‘A’ side looked to start to assert themselves but it was abruptly stopped by Botha’s red card, which put a damper on the hard work they had already achieved.

The elbow to the head of a French forward saw him march off seeing red and it was almost immediately followed at the next stoppage when Jean-Baptiste Dubie received a yellow card for a late tackle without arms on flyhalf Zeilinga.

Zeilinga put the ball between the posts to give his side a 24-14 lead at the break.

If they were expected to struggle without an extra player, the SA ‘A’ side never received the message, and it was Cloete again who set the game alight as the ball shifted to Andile Ntsila on the wing who drew the last man and sent Cloete tip-toeing down the touchline to score his second of the game.

The home side hit back again to basically take the game away from the Barbarians, as Ntsila won an excellent turnover and quick ball on the counter sent Lionel Mapoe away for a try to suddenly set up a 24 point lead despite being a man down.

While Marco Tauleigne and Louis Dupochoit scored late in the game, another Zeilinga penalty put the match beyond doubt and when Gelant found space to run in for his second on the final whistle, it finished a great night for the SA ‘A’ side.

The cherry on the cake came when Jano Vermaak slotted the conversion to great delight of his teammates to give Ackermann’s team a series whitewash and confirm the depth in the local game.