Ryan Zinke Is Headed Back To Congress 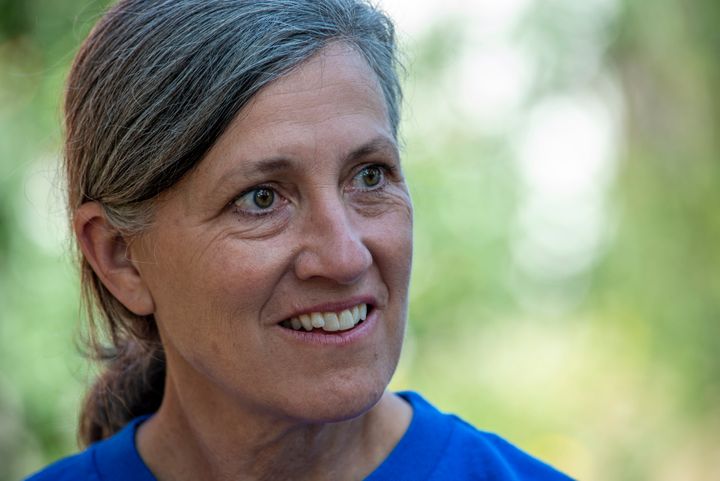 Ryan Zinke, the scandal-plagued former Trump administration official, is headed back to Congress and a city he likens to a “cesspool” and says he “hates.”

A key soldier of the Trump administration’s fossil fuel-centric “energy dominance” agenda, Zinke campaigned on sweeping promises to restore $2-per-gallon gasoline, boost domestic oil and gas production and take on bureaucrats in Washington, D.C. He painted Tranel as an environmental “extremist” who would attack the oil and gas industry and be a “puppet” for House Speaker Nancy Pelosi (D-Calif.).

The Associated Press called the race Thursday morning, with Zinke leading Tranel 49.7% to 46.4% and more than 93% of ballots counted.

“The voters saw through the vicious lies and deceit of my opponents and radical political groups,” Zinke said in a victory statement. “Truth matters, and now it’s time to fight for freedom and protect our way of life in Montana.”

The new district covers the western part of Montana, including the cities of Missoula and Bozeman, and was created last year to account for population growth in Big Sky Country.

Over his 14-year political career, Zinke has morphed from a moderate, conservation-minded Republican into a hard-line conservative and Donald Trump loyalist. With his credentials, name recognition and Trump endorsement, Zinke entered the 2022 race as the heavy favorite. Trump carried Montana by 16 points in 2020.

But Zinke’s record of ethical misconduct at the helm of the federal Department of the Interior, and his lucrative ties to fossil fuel interests, were fodder for his opponents, setting the stage for what proved to be a competitive race.

In the June primary election, Zinke barely defeated Al Olszewski, a former state senator and hard-line conservative who attacked Zinke as a self-serving liberal who “quit” Trump. And Tranel ran a scrappy campaign that included highlighting the findings of internal Interior investigations into Zinke’s conduct and airing multiple advertisements that compared her opponent to a snake.

Zinke also faced criticism for skipping more than a dozen candidate forums, including one in his hometown of Whitefish, and for his ties to California: His wife designated a home she inherited in Santa Barbara, California, as her primary residence, Politico reported.

Ahead of Tuesday, several of the nation’s top sources of political analysis, including The Cook Political Report and Larry Sabato, shifted their forecasts for the race from “likely Republican” to “leans Republican.” Limited polling indicated that the race was a virtual toss-up.

There were signs that Zinke knew he could be in trouble. Politico reported last month that Zinke had asked Lamb, the Libertarian candidate, to drop out of the race and endorse him, but Lamb refused. More recently, Zinke attacked Lamb as a “liberal” and accused Lamb and Tranel of colluding to peel conservative votes away from him and spoil the race.

In the end, voters in western Montana punched Zinke’s ticket back to Congress. He has all but promised to be an unwavering advocate of the fossil fuel industry that he helped prop up as a member of the Trump administration and subsequently made hundreds of thousands of dollars consulting for. Along with prioritizing so-called “energy independence,” Zinke has pledged to be a thorn in the side of government workers like the ones who held him accountable while he was at the helm of the Interior Department.

In August, Zinke announced that his first piece of legislation would be what he dubbed the Federal Employee Accountability & Reduction Act, or FEAR Act, to gut federal agencies of public servants and limit how long a person can hold a federal job.

“I’ve seen the inside of the deep state,” Zinke told supporters at a Republican convention this summer. “It is as evil as you think it is. I know it’s evil. They fear me. I’m gonna go after them, and I’m gonna rip their heart out.”

Next Act For Palin Unclear After Alaska House Losses