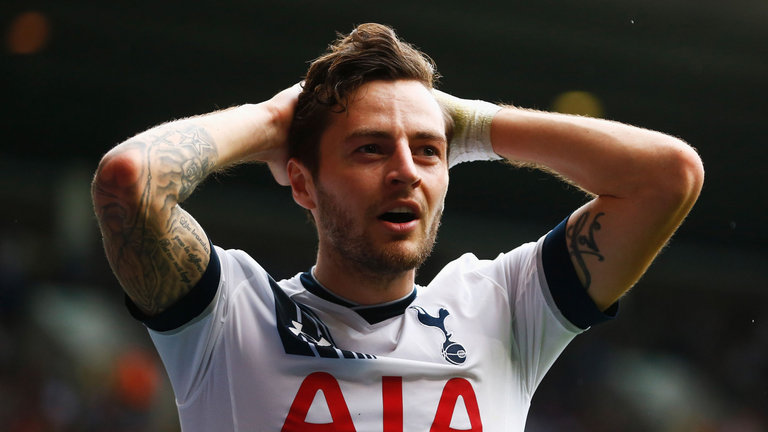 Mauricio Pochettino has opened the door for Ryan Mason to take up a role at Tottenham after the 26-year-old’s forced retirement from playing.

Pochettino hailed Mason as having a “special” influence in his first years as manager at Spurs and believes the former midfielder has an “amazing football brain” that will make him a success in whatever post-playing career he decides to take up.

After his side produced a superb comeback to draw 2-2 at Juventus in their Champions League last-16 first leg, Pochettino recounted the day he met Mason as a frustrated academy player that went on to make 53 Premier League appearances under the Argentinian.

“I remember very well how we found him the first day; sitting in the gym, head down and so sad,” Pochettino said. “I asked Jesus [Perez] ‘who is this guy?’ And he said ‘Ryan Mason, who in the last five seasons has always been on loan and never played because he suffered a lot of injuries’.

“It was difficult for him in the beginning because he struggled to cope with the training sessions, because it was very tough. But then we travelled to the USA and I met him in the airport and, during 30 minutes, we shared, and I said after to Jesus ‘wow, I love Ryan’. I didn’t know if he played well or not but I loved him like a man.

“Always he is and will be a special player for me because he represent a little bit this change in all the processes when we arrived at Tottenham.

“Don’t worry Ryan because you are going to be a successful person in football outside of the pitch, no doubt about that.”

Ryan Mason forced to retire due to head injury