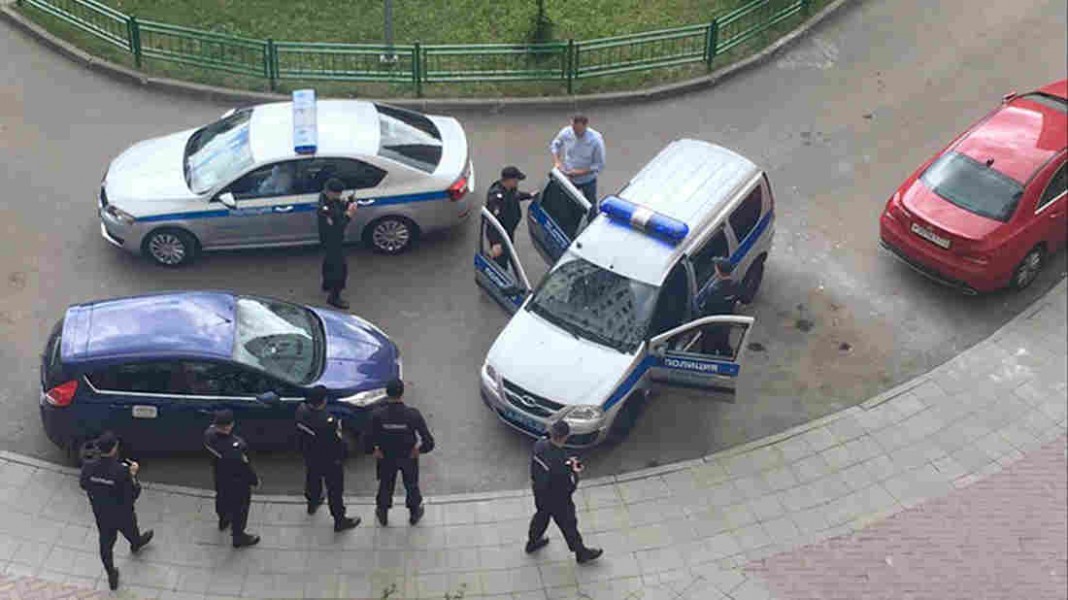 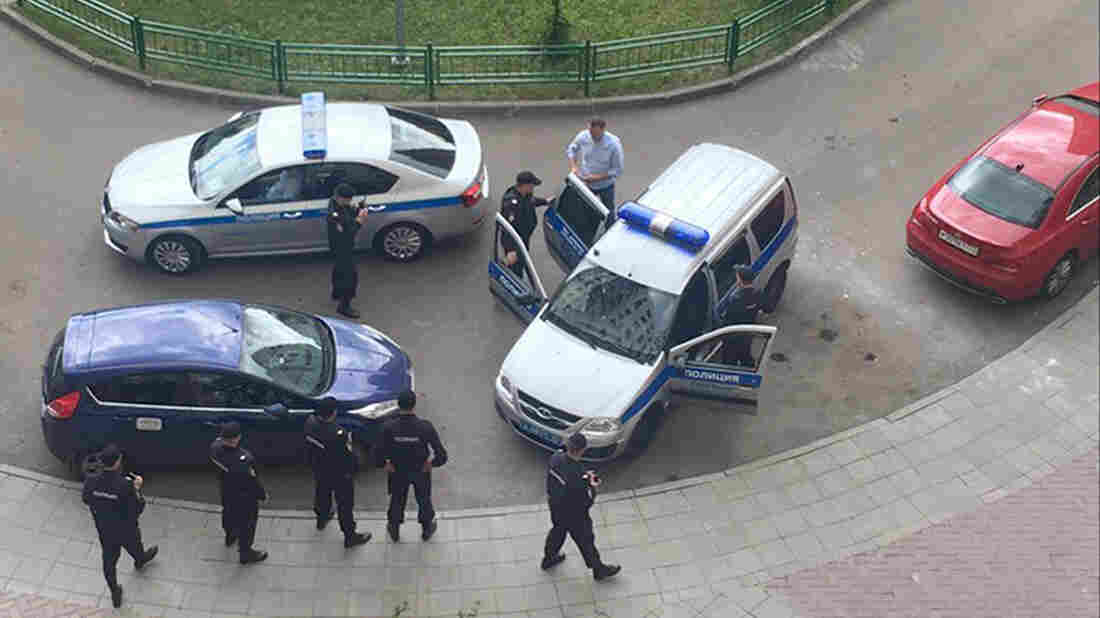 Alexei Navalny is seen being detained by police outside his apartment in Moscow, in this handout photo provided by the Navalny Anti Corruption Fund. AP hide caption

Alexei Navalny is seen being detained by police outside his apartment in Moscow, in this handout photo provided by the Navalny Anti Corruption Fund.

Police prevented the organizer of demonstrations against Russian President Vladimir Putin from visiting a Moscow rally, arresting Alexei Navalny outside his home Monday. Thousands of protesters turned out anyway, and dozens of detentions were reported in both Moscow and St. Petersburg.

“Alexei was detained at the entrance of the house,” his wife, Julia Bulk, wrote on Navalny’s Twitter feed. She posted a photo showing police taking her husband to a police vehicle, captioning the photo, “Russia Day!”

Other images from the day show thousands of demonstrators in St. Petersburg chanting slogans against Putin — and black-clad police marching through the crowd, making arrests and pulling people off of monuments.

Police say Navalny was detained for breaking laws about public meetings and obeying authorities, the Interfax news agency reports. It adds that the opposition leader ran into problems setting up a planned demonstration on Sakharov Avenue, and instead told his allies on Sunday to gather on Tverskaya Street.

Navalny, an opposition leader who was also arrested for organizing large anti-Putin protests in March, had called for national demonstrations on the holiday that marks Russia’s formal emergence from the Soviet era in 1990. He’s hoping to challenge Putin in next year’s presidential election, delivering speeches around the country, as NPR’s Lucian Kim reported last week.

The center of the Moscow protest is at Pushkin Square — and while NPR’s Mary Louise Kelly says the crowd there is huge, she adds that it’s also difficult to ascertain how many people are there for Navalny’s cause, and how many for the national holiday.

“There are people walking around the streets in World War I uniforms,” Mary Louise says; “there are big stages set up for concerts.”

She adds that while the mood in the square had seemed peaceful earlier Monday, “the situation is changing very quickly,” with “images streaming in of police and protesters pushing toward one another,” as bystanders struggle to get out of the way.

The arrests began, Mary Louise says, after the crowd began chanting — something the authorities had warned them not to do.