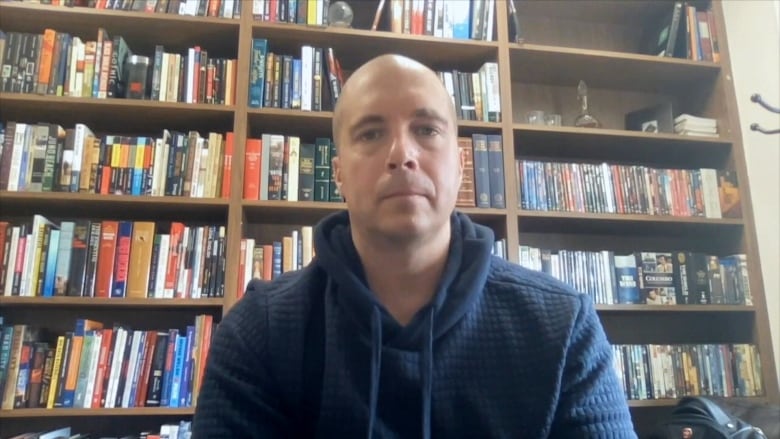 A policing expert says the stark reality of understaffed police forces in rural communities, combined with the “frenetic and unprecedented” first hours of the Portapique killings, were major contributing factors in the reactions of the first officers on the ground.

Michael Arntfield, a professor and criminologist at Western University, weighed in on police movements and response for the night of April 18 and the early hours of April 19, as outlined in a document released by the Mass Casualty Commission on Monday.

The document examines the April 2020 rampage by a man disguised as a Mountie that left 22 people dead, injured others and traumatized many more people in rural Nova Scotia.

The document includes statements and descriptions of conversations between various witnesses and 911 dispatchers and police. It also contains excerpts from 911 transcripts of calls from four children who reported gunshots, saw the shooter driving outside and heard footsteps in the house during a harrowing two hours when they hid and relayed information to dispatchers about the man who killed their parents.

Arntfield said while there likely will be plenty of “quarterbacking” from the public around how four children were left in a house for two hours, a decision had to be made on the fly.

“I think this really underscores just how frenetic and unprecedented this situation was,” Arntfield said Monday.

Tyler Blair, the older brother of two of the children, has questioned why it took so long to get the kids to safety. Arntfield agreed that questions will rightfully arise about what other safeguards should have been put in place.

The three RCMP officers who entered the subdivision on foot did check on them three times — urging them to stay in the basement and only open the door to someone with the safeword “pineapple.”

While this “loose” surveillance of the children was not perfect, Arntfield said it might have been all that was possible with only three officers in the area.

“Are you going to walk the children with an active shooter through the woods to a car?” Arntfield said.

“I mean, it’s not an ideal situation, but they’re comparatively safe where they are.”

The document describes how RCMP Const. Chris Grund arrived later and struggled waiting for the go-ahead to help the children. His decision to eventually walk in, rather than taking a cruiser, was partially motivated by his recollection of how RCMP vehicles had been targets in the 2014 Moncton shootings.

Arntfield said it’s clear that all RCMP officers on the ground that night would have been very familiar with the Moncton shootings in which three officers were killed and two wounded in ambush situations.

That would have factored into their tactical decisions to stay concealed and not drive a vehicle where they could be picked off. Arntfield said there may not be an operational plan to do so, but these are decisions made at the discretion of each officer.

Over those two hours, the officers also kept getting called away as more fires and explosions were reported and they were asked to clear other scenes.

Grund asked the risk manager working at the RCMP operational communications centre twice if another team should go in to help out, given that several officers arrived and were stationed at the entrance to the small community. But Sgt. Andy O’Brien said he was worried about sending in a second team if there was a possibility they’d be caught in crossfire.

Arntfield said the personnel challenges of the early hours — having only three officers on the scene — highlight the difference between policing in cities and rural parts of the country, to which “your average citizen is completely oblivious.”

No matter the province or territory, Arntfield said there is just no police infrastructure comparable to major cities. In rural areas, they have to essentially “poach” officers from one county or unit to another, just to maintain adequacy standards.

Commission not here to ‘point fingers’

In a press conference with reporters Monday afternoon, the commission team members said they’re aware emerging details will bring up more questions for the public and victims’ families about what happened.

“The commission’s role is not to lay blame or to point fingers, but to look at what are the facts and what can we learn from them, and what recommendations can we make to keep people safer in the future,” said senior commission counsel Emily Hill.

This is only the “very beginning” of that process, Hill said, so the work this week is about building a common foundation of facts. Then, other conversations can be had about why and how decisions were made, and what can be learned.